A Rising Tide Floats All Boats

After 20 years working in finance, Kingsville native Melinda Rauch, came away with a personal philosophy that wants to see everybody win.
Author: Matthew St. Amand
Photographer: Catalina Martinez
10 months ago
|
No Comments
Share On 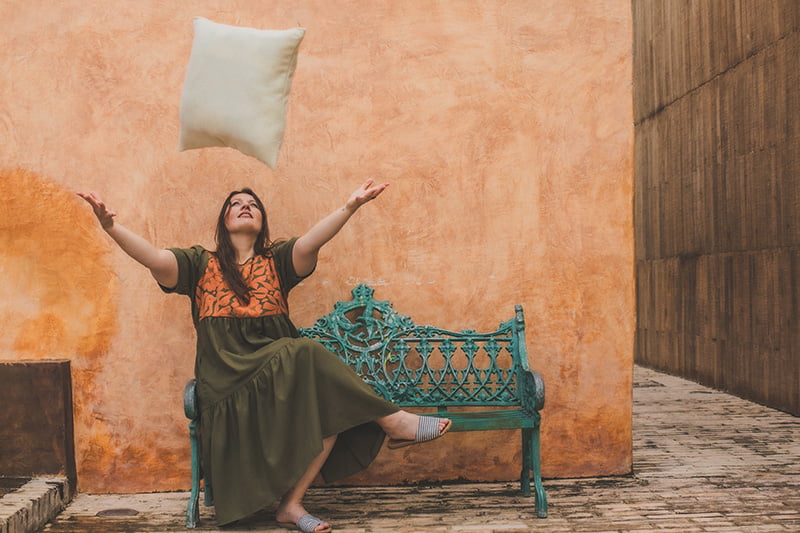 So often, we do not choose our passions in life—they choose us.  For Kingsville native, Melinda Rauch, the longing to see the world cast itself upon her like a spell.

“Travelling was something I wanted to do since I was a little girl,” Melinda recalls.  “When I was a kid, I remember coming home from church and saying that I wanted to go to Papua, New Guinea on a mission trip.  I had no idea where that even was!”

Melinda was barely 20 years old when she finally embarked on an odyssey that would take her around the globe and into the center of the financial world.  Two decades later, the adventure brought her full circle, home to Kingsville, where she put her “profits with a purpose” philosophy into practice, opening an upmarket home furnishings store called NOMAD.

To start at the start: After completing a three-year diploma in marketing at St. Clair College, Melinda enrolled at the University of Windsor.  Whatever momentum took her there, it soon vanished.

“I didn’t know what I wanted to do,” she says.  “So, I bought a plane ticket, got a visa for England, and traveled to London where I did a two-year internship at Citibank, as a trade support associate for their London and Frankfurt trading floors.”

It wasn’t long before she realized: “This is what I want to do.”

When her visa expired, Melinda returned home with renewed focus.  She enrolled at the University of Windsor and graduated with an Honours Business Administration-Finance degree.

“I moved to Toronto, where I worked in hedge funds,” she says.  “That’s when I began to see the world.”

Her work took her to New York, Bermuda, the Cayman Islands, countries in Africa, throughout Europe, Guatemala, and Mexico.  It was high-stress, high-stakes work, but she always found time to enjoy the exotic locales, staying in boutique hotels, visiting bazaars, and marketplaces.

“I have an innate curiosity about other cultures,” she explains.  “To see how other people live, what they eat.  I am a huge foodie.  I love exploring at old buildings, taking in the art and craftsmanship that went into creating them.”

She continues: “The best shopping markets are in Africa: in Kenya and Tanzania you see piles of colourful fruits, baskets and textiles everywhere. Best food markets Mexico hands down.    The Turkish rug merchants make every visit an experience, giving you tea.  They never want you leave.  And Guatemala, their textiles are amazing.  They have 25 indigenous dialects, and each has its own pattern in clothing, so you can tell where a person is from just by how they’re dressed.”

Although she excelled in her career, Melinda sought deeper meaning in her work.In 2010, as she finished at one job in Bermuda, and prepared to return to Toronto for a new position, she asked her new employer to extend her start date by four months.  She used that time to volunteer in Moshi, Tanzania, at a school called Give a Heart to Africa.  There, local women learned fundamental business skills, such as using a computer, basic English, math, and how to calculate a profit.

“It was during my time in Moshi,” Melinda reflects, “that I became aware of the concept of ‘profits with a purpose’—investing in socially and environmentally responsible small businesses.  The people I taught at the school didn’t want handouts.  They needed some skills and some small capital investment to get started, like any other business.”

As she settled into her new position in Toronto, Melinda recalls: “I worked as a hedge fund due diligence consultant for large institutional investors, and it was around that time I began to explore the concept of ‘impact investing.’  I felt there had to be a way to use my skills to add value to a larger purpose.”

She pursued this idea and within a couple of years she was recruited by the founder of Human Development Investment Capital (HDI Capital), located in Mexico City.  She took the job.

“I was a Chief Operating Officer and Chief Compliance Officer,” Melinda explains.  “We raised $200 million after my second year at the firm, so once our hedge fund was up and running, we directed 10 percent of our profits towards impact projects.  It was the truest form of ‘profits with purpose.’”

After 20 years in finance, and world travel, Melinda returned home to Kingsville.  In 2019, she realized her vision of “profits with a purpose” and “impact investing” on a more personal level when she opened NOMAD, an upmarket home furnishings store, at 9 Main Street East.

What began years before, in the far flung markets and bazaars of Turkey, Tanzania, and Guatemala, came full circle.  Seeing the beautiful, handmade wares of the vendors, and wondering: “It’s so beautiful!  Why can I not buy this at home?”

After connecting with a weaver named Antonia Martinez in Oaxaca, Mexico, Melinda now designs her own textiles and rugs.

“Antonia is a third generation weaver,” Melinda says.  “I met her on a sourcing trip.  Because of the pandemic, I couldn’t go back, immediately, and work with her, so it was pencil to paper, learning how the loom worked, how to weave a pillow.”

It was an arduous process, conducted in Spanish, through video calls.  Melinda created her designs, but sometimes ran into roadblocks.

“My loom can’t do that!”  Antonia said about one pattern.  “There’s too much up-and-down. My loom only goes left-to-right.”

Both women were committed, and they found designs suitable for Antonia’s loom, ultimately creating over 300 pillows for NOMAD.  Melinda is on her way back to Mexico to work with Antonia on more unique items.

To learn more about Melinda and the mission of NOMAD, visit her online at www.nomadforhome.com.

Raising a child with autism