Why Chef Rob Nesbitt lives and cooks with no regrets
Author: Jen Brignall-Strong
2 years ago
|
No Comments
Share On 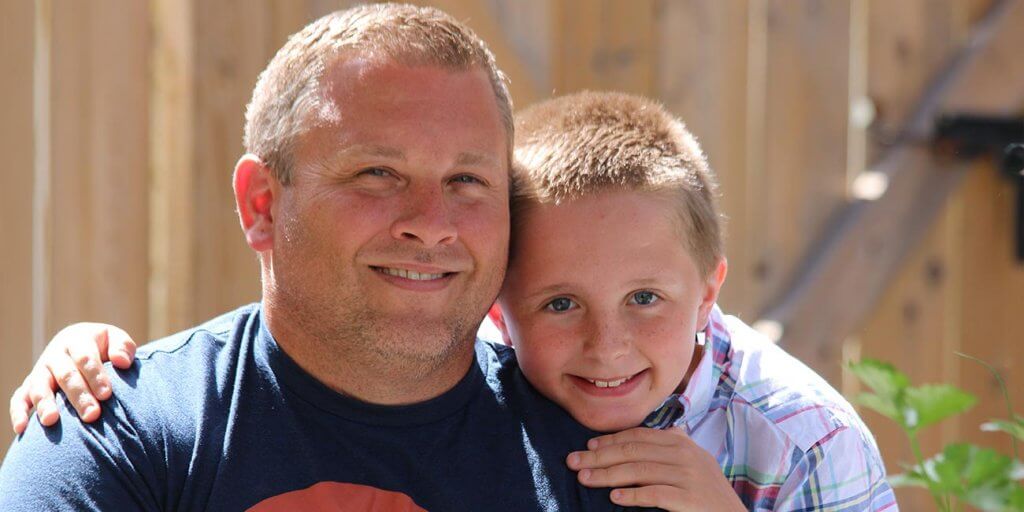 “So, what made you choose the culinary industry?”

“Well it all kind of started when I almost died.”

Whoa… what? Definitely not the answer I was expecting.

Like so many professional chefs, Rob Nesbitt’s love of cooking started at a young age, helping his family prepare meals and host dinner parties and gatherings. However, his journey to becoming a successful executive chef didn’t start until his mid-thirties, when a sudden (and scary) twist of fate left him re-evaluating his direction in life.

While Nesbitt always enjoyed entertaining, the thought of a career in the culinary arts seemed like more of a pipe dream. After nearly a decade at a well-paying factory job—and with a baby on the way—it was hard to imagine walking away from a steady paycheque to spend long days toiling away in a hot kitchen.

“I wasn’t really happy where I was at, but it paid the bills,” reflects Nesbitt. “Culinary school was something I had thought about, but I just couldn’t justify taking the leap, especially when I was about to become a dad.”

After a devastating health scare in June 2008, his perspective quickly changed.

During a weekend camping trip, Nesbitt began to feel some chest discomfort, but wrote it off as heartburn. As he was driving to the drugstore to purchase antacids, his condition quickly worsened.

“It felt like someone was stabbing me in the chest with a hot knife,” he recalls. “I knew something wasn’t right and drove myself to the closest ER.”

Nesbitt was admitted immediately and diagnosed with hypertrophic cardiomyopathy, the same heart condition that had claimed the life of young Windsor Spitfire captain Mickey Renaud earlier that year.

The genetic disorder causes the heart muscle to thicken, making it harder to pump blood. This can lead to a buildup of fluid in the body, heart failure, and in some cases, sudden cardiac death.

“I had incredible chest pain and I could barely breathe. My lungs were filled with fluid. The doctors were pretty upfront with me and said, ‘you might not make it.’”

Nesbitt spent five long days in the ICU at a Toronto-area hospital, pumped with a mixture of blood thinners, Aspirin, and diuretics to help alleviate the fluid buildup and allow his heart to heal.

As he lay in his hospital bed, he began to think about what he wanted life to look like if he recovered.

“I definitely had one of those ‘life is short’ moments. I thought ‘no more excuses, no regrets’… I wanted to do something that would make me happy and make my family proud.”

During his year-long recovery, and following the birth of his son, Nesbitt decided to enroll in culinary school in Stratford, Ontario.

“I was dead-set on being a good chef and a good dad. I felt like I’d gotten a second chance at life, and I wanted to make the most of it.”

Nesbitt graduated and began his career right away, working first in fine dining establishments in Stratford and Toronto, then moving back home to Windsor to work in the kitchen of a prominent country club.

However, more health issues led to a brief hiatus from the industry and left him wondering how he’d continue to pursue his passion.

“I was in chronic pain from a bulging neck disk that required surgery. I was told I couldn’t lift, I couldn’t exert myself. It really took a toll on me emotionally. I didn’t want to just sit around; I wanted to work.”

Once again, Nesbitt’s perseverance led him back to the kitchen, re-entering the culinary world to work in some of the area’s most popular restaurants including La Cucina, Motorburger, and Nola’s.

His experience and hard work are what landed him his current position as Executive Chef of both The Salty Dog and Burger 67 in Amherstburg. But for as much pride as Nesbitt takes in his career achievements thus far, it pales in comparison to the pride he takes in raising his 11-year-old son, Austin.

Nesbitt and his girlfriend split when Austin was just two, around the same age Nesbitt was when his own parents divorced. His experiences played a major role in how he wanted to move forward as a single dad.

“I think any kid that comes from a divorced family has had that feeling of sadness or loss; like they’re missing out. I never wanted my son to experience that. I wanted to make sure he knew he had two parents fully and equally in his life that loved him. I didn’t want to be a part-time dad.”

Nesbitt and Austin’s mom communicate regularly to ensure all parenting decisions are made together. Their shared custody arrangement means that Austin easily migrates back and forth between two houses.

“I work my schedule around having Austin to make sure we have as much quality time as possible together.”

That quality time involves building blanket forts in the living room, kayaking every Sunday, and of course, lots of cooking.

“Austin has always shown an interest in what I do for a living,” says Nesbitt. “In the last few years though, he’s actually started helping me quite a bit in the kitchen.”

It’s not unusual to find Austin popping by The Salty Dog to see his dad at work, or tagging along at one of Nesbitt’s special cooking demonstrations.

“I’ve hosted a few dinner events at The Cheese Bar, and Austin is right there with me. He helps with everything from menu planning and taste-testing to setting tables and filling water glasses. He doesn’t want to stay home and play video games; he wants to work.”

Austin has also recently expressed an interest in pursuing a career in the culinary arts, just like his dad.

“When your kid looks to you for guidance and says he wants to follow in your footsteps… the feeling is just indescribable.”

As busy as his career keeps him, Nesbitt considers parenting his real full-time job.

With the current Covid-19 closures and restrictions, he’s had to once again take a step back from the kitchen. This time, for a more positive reason: to be home for Austin.

While Nesbitt is eager to get back to work, the extra time with his son has been invaluable, further strengthening their bond and giving him the moments that at one point in time, he wasn’t sure he’d have.

“I feel so lucky to be able to be here for him, to teach him things. My health scare really made me realize that nothing is promised and you should live your life doing things that make you happy.”