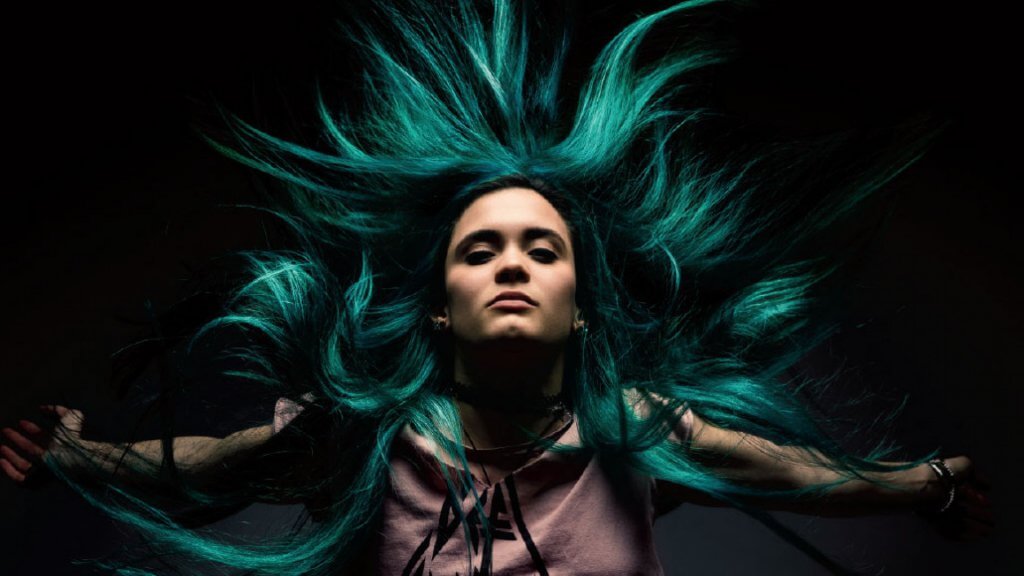 If you haven’t yet heard of Christee Palace, a 27-year-old pop-rock musician and songwriter on the rise, here is one way she introduces herself in a 47-second video on her YouTube page: “When your heart changes, you change, and you have to make new plans… I’ve changed. I feel empowered. I feel strong and resilient. I know what I need to do, and I’m ready for the next chapter. The past is in the past, and where I came from brought me down this path. So I’ll follow it. I’m Christee Palace. Nice to meet you.”

In the video, Palace walks alongside the Detroit River. The city’s skyline offers the perfect lighting for a video shot at night. It’s dark yet inviting—similar to the ambience in all of Palace’s other videos on YouTube, which have amassed over 200,000 views. Though this voiceover may at first seem abstract and vague, it makes sense once you hear about Palace’s unique career journey.

Palace was born and raised in Windsor. She was introduced to music at a very young age and credits her family, especially her father, with being a major influence in her life. “My dad got me started with singing and playing piano when I was really young. I think I was around three.” Despite growing up in a family of musicians, Palace didn’t think about pursuing a music career until after graduating the University of Windsor, where she had studied drama and education. She believes the drama program helped her build confidence by encouraging her to do a lot of self-reflection.

In 2013, shortly after graduating the program, she was invited to perform in front of 10,000 people for the International Children’s Games at the WFCU Centre. Standing on that stage was a life-altering moment for Palace—it was the moment she knew where she belonged. “There’s nothing else that brings me this amount of joy. That was the turning point for me. That’s when I started bringing songs to my dad and he started doing demos for me.”

She began taking trips to Toronto from Windsor looking for chances to take her career to the next level. Last summer, she decided to move there, allowing her to seize big opportunities as they arise.

One such example is the Jim Beam National Talent Search, a competition open to independent and emerging artists not signed to a major record label. It’s a national competition where one winner from each region (10 in total) then competes for the final grand prize. The winner gets to perform live on stage at the Jim Beam Indie Awards. “I was competing against all the regional winners across Canada,” she explains. “I didn’t expect anything when I entered. I know how competitions go, and so the best thing to do is go in with no expectations at all and do the best that I can. I remember thinking that I just need to get up there and do my thing and if they don’t like what they see, then it’s not meant to be.” Palace realized just how difficult it is to make it in a market like Toronto, a place that attracts emerging musicians from across Canada. Competition is fierce, and being new to the city meant she hadn’t yet developed a reputation for her work.

Palace’s open-minded attitude paid off. The panel of music industry judges loved Palace’s performance, and she won the competition. “Winning in Toronto was insane because I was new here. Winning that kind of competition verified that the move was the right choice and I was so happy.”

The win has given her emerging career a big boost, but she’s been in the game long enough to know she can’t rest on her laurels. “You experience failure when you feel like you’re not moving forward or improving,” she says. “This is the kind of industry where it takes a while to get things going because there are so many people doing exactly what you’re doing. But when it’s something that you love, you just have to put your heart into it and work really, really hard and not overthink the process.”

Palace thinks the best way to stand out in the music industry is to be authentic. It’s a lesson she learned from one of her first idols as a kid: Avril Lavigne. “She was my very first musical influence outside of my family. I remember listening to her in grade four and I connected with her music so much. She was so different and in tune with who she was.”

Palace’s upcoming plans include releasing an EP this summer with songs inspired by her personal experiences. “Whenever I’m feeling anything meaningful, music is a way of expressing myself—especially things that are affecting me. When I was writing the EP, I feel like all the songs had a common thread: different forms of heartbreak. And anyone who can relate to that, well, that makes me happy.”

I know what I need to do, and I’m ready for the next chapter, she announced in her video. Palace was willing to tackle new and unexpected challenges. Following new paths, and having faith in wherever they would lead her, is how Palace continues to move forward in her growing career. “I want to keep doing what I love. I keep seeing improvements every single day. The end goal for me is to make a living doing what I love to do.”

Christee Palace music is available on both Apple Music and Spotify.

Having a Passionate Plan for Financial Resilience

Tackling the monster of mind stress