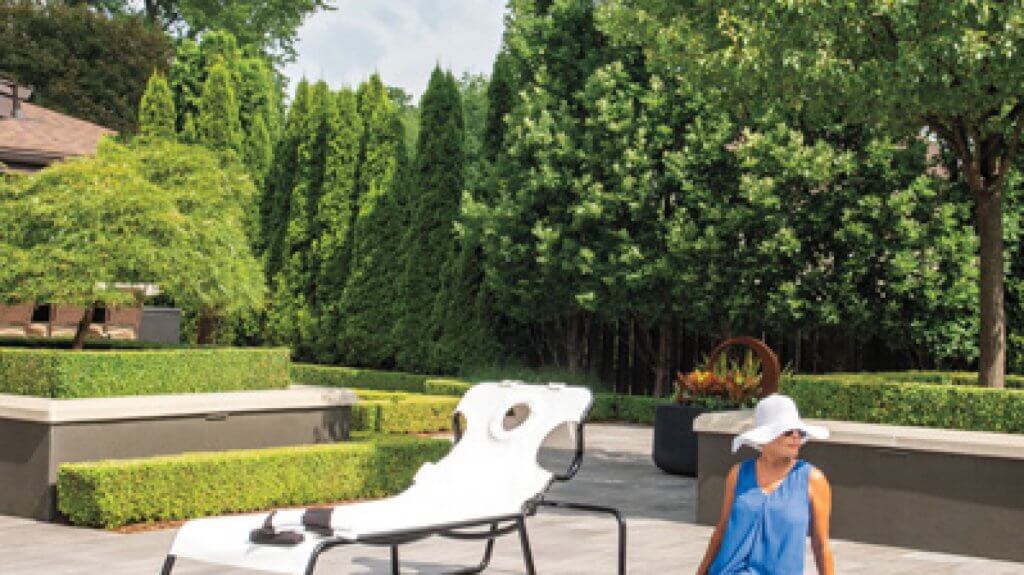 It’s a springtime afternoon and I’m inside an examination room awash in fluorescent light. I’m sitting in a highway-side brain trauma facility, and an adult man is rapping at me earnestly. He is fascinating.

In normal circumstances, Windsor’s Anthony Lemmo is a chiropractor who operates an alternative brain care facility in an area outside mainstream medicine called “clinical neuroscience.” While some physicians question his methods, he currently treats dozens of active and retired professional hockey and football players, notably including 2018 NHL MVP and Windsor Spitfires alum Taylor Hall

Today, though, he doesn’t want to talk about that

A self-styled renaissance man who identifies as an inventor and entertainer, Lemmo is currently obsessed with something else entirely: the idea of the perfect lounge chair

“The question I ask you,” he asks me, “is, when you go to a lounge chair at a beach or pool, why don’t you lie on your stomach? I started constructing an apparatus that allows you to answer that question.”

It’s not a question I’d ever considered, but I get the sense Lemmo’s electrically passionate monomania for addressing it could light up any Ikea showroom for weeks.

The actual product is The Lay Chair, a piece of luxury furniture Lemmo has been trying for the better part of a decade to bring to market. It appears to marry features of a conventional poolside fabric lounge chair and a massage table. The convertible, stackable piece of furniture allows users to lie comfortably in a face-down position—taking advantage of a patented face exposure—or on their back, covering the opening with a removable padded cushion

According to Lemmo, the chair has been meticulously engineered to achieve specific degrees of tilt, balance, and support independent of the user’s body type. He says he holds a “global” or “world” patent for the device, the documentation for which includes a 50-page dissertation

The idea’s origin story, which dates to 2012, is simple enough: “I was down in Florida, and my neck was bothering me,” says Lemmo, a former junior hockey player. “I took the strips on the lounge chair I was sitting on, and I pushed them apart and put my head down. One thing led to another and I realized there is not a patent on that. So, I just developed it. I sat in front of a thousand MRIs and CT scans, and I measured, and measured, and measured.”

From there, Lemmo attended trade shows in New York City in an attempt to connect with existing furniture manufacturers, but, as he describes it, the establishment rejected the radical unorthodoxy of his idea. So, he decided to go it alone.

Lemmo physically visited exactly 41 tool-and-die shops in Michigan, Ohio, and Ontario looking for help designing and building a prototype. “I went around with a little piece of bent aluminum saying, ‘Can you bend it like this? Can you bend it like that?’” he recalls. Evidently, nobody could bend it quite right.

Eventually Lemmo connected with Euclide Cecchin, president of Oldcastle’s Omega Tool Corporation. Cecchin was impressed by his dogged determination, and the pair got to work. After 28 prototype stages, Lemmo found a company in Hong Kong that was willing to manufacture an order of 50 units.

Today, Lemmo is in negotiations with three companies interested in licensing his intellectual property. “I’ve met with distributors and manufacturers in the United States,” he relates. “I just want royalties: give them the product, have them run with it, but I still own the patent. I’ll give them dibs on the next one I do.”

Lemmo would also like to talk about his promotional strategy for the chair, a process in which he is predictably hands-on. He shows me a highly stylized black-and-white commercial video in which an impossibly handsome young man in a crisp white shirt—a male model named Patrick Rui—reclines face down on Lemmo’s chair, losing his shirt somewhere offscreen. In ostensibly blissful comfort, he dreams in colour. (Full disclosure: The DRIVE photographer Syx Langemann shot the commercial.)

“I wrote and directed this entire script,” says Lemmo, who notes he was aiming for a James Bond or Inspector Clouseau vibe. “I loved every second of it.”

Notably, Lemmo was also involved heavily in the video’s soundtrack. As I alluded to earlier, he also writes, produces, and records hip-hop music.

A trained saxophonist and accomplished pianist, Lemmo is most passionate about rap. He attests to this by showing me an iPhone video of himself delivering an enthusiastic on-stage interpretation of Jay-Z’s 2003 track “Encore” at his brother’s wedding

“We’re gonna chill it up a little bit,” he promises, thumb hovering over the Play button.

Lemmo begins to flow, both onscreen and in-office. “Who you know fresher than Lem?” he asks, only possibly rhetorically, as he temporarily but wholly embodies his rap persona.

“Dude, I’ve been doing this my whole life,” insists Lemmo, who is currently working with rappers and producers in the United States to elevate his career as a hip-hop lyricist. “My whole life, bro.”

It’s a surprising ambition, but you wouldn’t necessarily bet against him. Certainly, when he gets in a groove, Lemmo has a predilection for grandiosity. Sometimes, this tendency manifests itself as hyperbole

Other times, it produces excitable, eyebrow-raising proclamations that don’t seem impervious to invalidation. A Windsor native of Italian-Ukranian stock, Dr. Lemmo says he speaks “eight or nine” languages, five fluently. As a child, Lemmo suggests, he independently invented the idea of a heated concrete driveway

Sometimes, talking to Lemmo makes one question what is and isn’t possible, which can be an exciting thing to do. What is unimpeachable, though, is the man’s self-belief—his internal, laser-focused conviction that he has the capacity to do things nobody else dares even attempt.

And can I tell you something real? The chair looks very comfortable.

The Teachers We Remember