Fantastic fathers who are more than just proud of their children
Author: Millar Hill
Photographer: Syx Langemann
4 years ago
|
No Comments
Share On 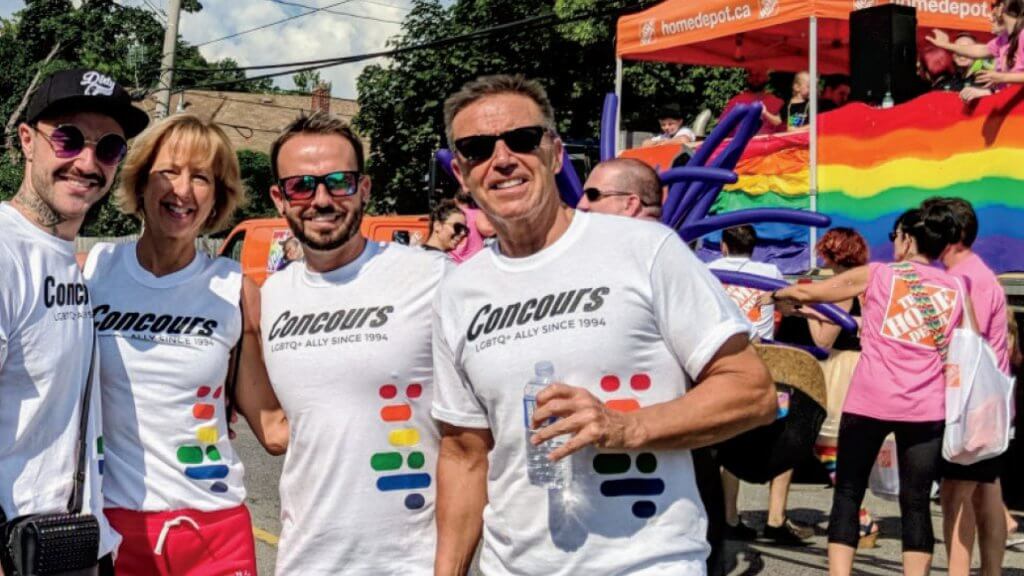 As children, we look up to them, are inspired by them, and, more often than not, want to be exactly like them. As we grow older, we want to make them proud of the young men and women we become, but sometimes their idea of the son or daughter they’ve always wanted doesn’t match the reality of who their son or daughter actually is.

The thought of telling my father I was gay terrified me.

I was at a point where I had come to terms with my own sexuality but kept it hidden. I lacked the confidence to come out to my parents. I had an idea of how those conversations would go, but I was still afraid of how they might respond.

If my parents refused to accept the fact their son was gay, would they disown me? Or even still love me? If my parents accepted it, would our relationship change?

Those were questions I had been asking myself.

The internal battle I fought with myself lasted for many years, but I eventually built up the courage I needed. After I told my dad, the weight I carried on my shoulders for so long was gone. And what I learned was that he didn’t care that I was gay; he just wanted me to be happy.

The sad truth is, not everyone gets to have a great experience coming out. Some parents choose to refuse their children for who they are. But, if we can talk about the positive stories, hopefully it will give people the courage to love themselves and for parents to be proud and supportive of their children, regardless of their sexual orientation or gender with which they identify

For the past 13 years, Ryan Bosley has been out of the closet, but for the first time, he finally feels like himself. Over the summer, the unexpected happened—an opportunity that made the bond between father and son a lot stronger

“It started with a phone call from my dad,” he said. “He asked if I wanted to walk in the Pride Parade. His work, Concours Mold Inc., had purchased a big float for the parade because the owner’s sons are both gay. I was like, ‘okay, if you are asking me to go, I definitely should say yes.’

“It’s one of those things we all hope will happen and it did. I began to think back 13 years ago and I would never have thought he would ask me this question,” he added

Ryan came out to his family at the age of 19. It was a good experience. However, his sexual orientation was never brought up after the fact, especially from his father

“I think some of the frustration my dad had was that he might have thought he was the only one. That no other guy at work has a gay child,” he said. “But, when Concours put a float in the parade, he was able to bring his family and see the 80 other people show up with their families and create this positive atmosphere.”

Ryan and his husband Jeff have been married for three years. Together, they own Bosley Hair Co. in Tecumseh. When they announced their engagement, some family members didn’t realize he was gay . . . even though Ryan and Jeff had been dating for three years.

“Our wedding was in three months and just before I had to explain to my grandparents that Jeff, he’s not just a roommate, he’s my partner,” he said. “They were probably shocked, thinking everything is happening so fast but it wasn’t—we had been together for three years prior to our engagement.”

The relationship the two have with Ryan’s dad has grown over the years. They do almost everything together and that has become the norm. Thirteen years ago, that might not have been the case

Prior to coming out, Ryan was never particularly close to his dad. His father was always busy between work and his brother’s travel hockey. So, Ryan’s mother took him under her wing. Since Ryan came out, his dad has gotten closer to him by talking, going for walks, exercising, and even attending Ryan’s parties

“The best part for me was that I opened up to him and he’s opened up to me,” he said. “Some dads might not know the direction to go in, but by being there, it means so much.”

In the book The Velvet Rage: Overcoming the Pain of Growing Up Gay in a Straight Man’s World, written by Alan Downs, it states the first man we’ll ever love is our father. Regardless of being a male or female, if that man decides he won’t love you for coming out, it will set a damaging trend for the rest of your life, where you may associate that with any other man who comes into your life

“I would like to see dads spend more time with their sons,” Ryan said. “They don’t have to understand the ins and outs of same-sex relationships or talk about it. Just stay close, spend time together, and be there.”

When asked if there was anything he could have done differently, Ryan wished he had spent more time with his family growing up

“Now that I’m older, family is so important to me and I feel like I missed out on some things. I was there, but it never felt like I was there and I wish I could press rewind on that,” he said. “I feel like I got robbed, in a sense. I would have had more time with my family if I had just been completely open and comfortable with myself.”

Steve Brown is a single father to his daughter, Alyssa, who is four years old

He’s got this unshakeable commitment to be the best father to Alyssa, which led him on a wild journey he has embraced.

It started by being a single father. He took parenting classes, but he still had questions and sought advice. Doing so, he realized a lot of the advice being received was from women or mother-focused groups.

“As a dad, I wanted to hear what other dads had to say,” he said. “I started thinking to myself, all of my good friends are fathers themselves and I have never thought to talk to them.”

So, Steve decided to do something no other dad has done here in Windsor. He created a Facebook group named Fantastic Fathers: an online space for dads to talk, ask questions, and share advice

“I found something I am good at and I embraced it,” he said confidently

Steve launched the Facebook group in February 2016. In the beginning the page consisted of 44 members, which rapidly grew to more than 2,000 members. The group’s success took it in a direction beyond the Facebook page. It has become a registered local non-profit organization fully committed to encouraging, promoting, and supporting parents to be involved in their children’s growth and development—whatever that may look like

His own drive to becoming the best father possible exceeded his own expectations. In return, he and everyone behind Fantastic Fathers has been able to engage the community by bringing families together and creating moments for their children that will have a positive impact on their lives.

“My daughter depends and relies on me and I love that feeling. I want to be the best parent I can be,” he said

In a sociably conscious society, it truly doesn’t matter if you are gay or straight, have biological children or adopted. Fantastic Fathers is dedicated to every parent and their children. What matters is that there are parents out there who want to be present and assist one another in becoming the best parental figures they can for their children

To the dads who unconditionally love and support their children, you are the real superheroes. And for those who might be confused about themselves or afraid to speak out, it gets better

Learn to love yourself and the rest will fall into place.

Further information about Fantastic Fathers can be found on Facebook.

Loving Your Body After 50