April Shaye, a budding singer, willing to risk her dreams to do what’s right
Author: Michelle Laramie
4 years ago
|
No Comments
Share On 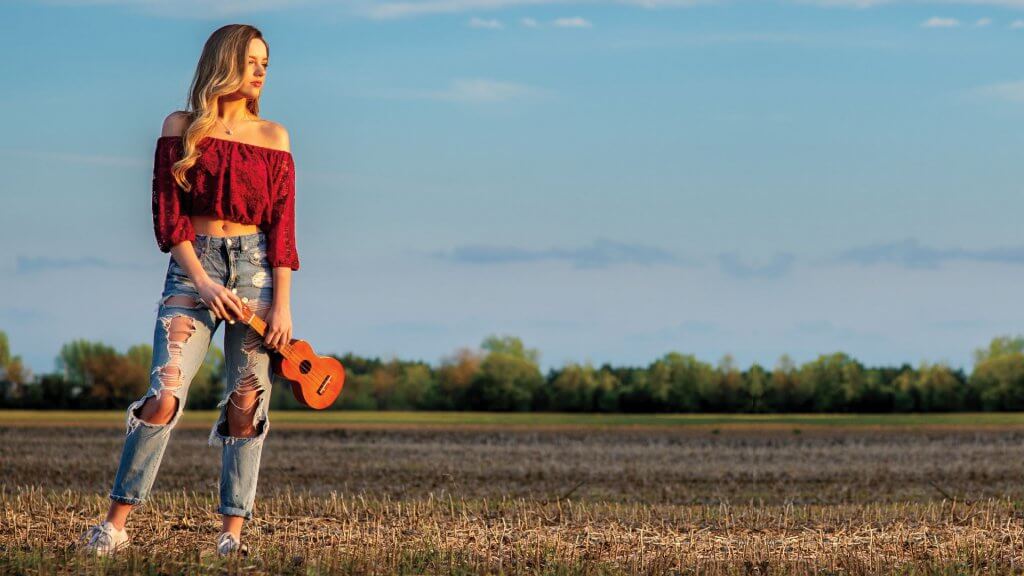 In life, sometimes the easiest choice is not always the right choice. When the music industry left her bitter and jaded, April Shaye had to choose to stand up for herself and walk away from everything she had ever dreamed of

Fresh out of high school and noticed by a manager in Toronto, Shaye was on the brink of fulfilling her life’s dream as a singer/songwriter. She had been writing her own music and singing for a long time, building an online presence

“I thought it was going to be like the movies; you get discovered, they fly you out and you are already a millionaire,” said Shaye. “I had just graduated out of high school and I took a year off to focus on my music. It seemed meant to be. I was like, oh my god this is all happening. I was very happy.”

Growing up an only child surrounded by adults, Shaye has always been mature for her age. She was raised with a very high moral foundation and has always known the importance of putting her wellbeing first. So when a talent scout noticed her music online and reached out to add her to his roster of musicians, she was confident enough to take the leap into the industry. But very soon after she became involved with the professional music industry, things didn’t feel quite right to her.

“I am smart enough to be my own advocate. I won’t do anything I don’t feel comfortable with,” said Shaye. “Whether that is with friends, school, whatever, if I don’t feel comfortable I remove myself. I am really good at reading people and reading a situation. I can just sense when something is out of place—if it doesn’t feel right it probably isn’t.”

So, when certain relationships within the industry started to become uncomfortable and borderline inappropriate, she had no trouble speaking up for herself.

“I had called them out on a couple situations and I said, ‘Hey, this is uncomfortable, this isn’t right,’ and once that happened it all started to idle down,” she said.

She felt like people were taking advantage of her youth, vulnerability and desire to make it in the business. She says the pressure young women feel to make it in the music industry is intense. You are given the impression you have to do whatever it takes to get noticed. She was not having any part of it.

“I was only 18 years old and things were getting shady,” said Shaye. “I knew I deserved better. I knew there was a better situation out there for me and this wasn’t it. So, I just walked away.”

Getting noticed is like winning the lottery; getting noticed at 18 is probably in the fabric of many dreams. However, when you are smacked in the face with the reality that there are so many people willing to take advantage of you, what do you do? It’s hard for anyone to make the right choice when it costs you everything you have ever worked for, let alone at 18 years old. Shaye knew if her integrity and wellbeing were going to be the cost of fame, she wanted no part of it.

“It was my first encounter with the music industry and I was like, ‘Wow, this is it? I don’t want to be a part of it,’” said Shaye. “It felt really horrible. I saw everything I ever wanted coming in and then I had to watch it crash and burn.”

It took her to a dark place where she couldn’t even look at her piano, write music or listen to music. But, pushing herself further and further away from her singing really wasn’t her style. So, in true badass-woman style, she took the situation as an education and moved on. She started handling her own business and creating her own message and has gotten further in her career than with anyone’s help. Venturing on her own for the first time, Shaye was accepted into the academic program at Walt Disney World in Florida. She is hoping to catapult her music career there

“From having a management team to handling it on my own I have gotten a lot more accomplished. I have two singles out, a music video, and I’m going to start doing gigs now,” said Shaye. “At this point I can say I am happier, I got myself out of it and now I’m here.”

Breaking down the barriers of a man’s world