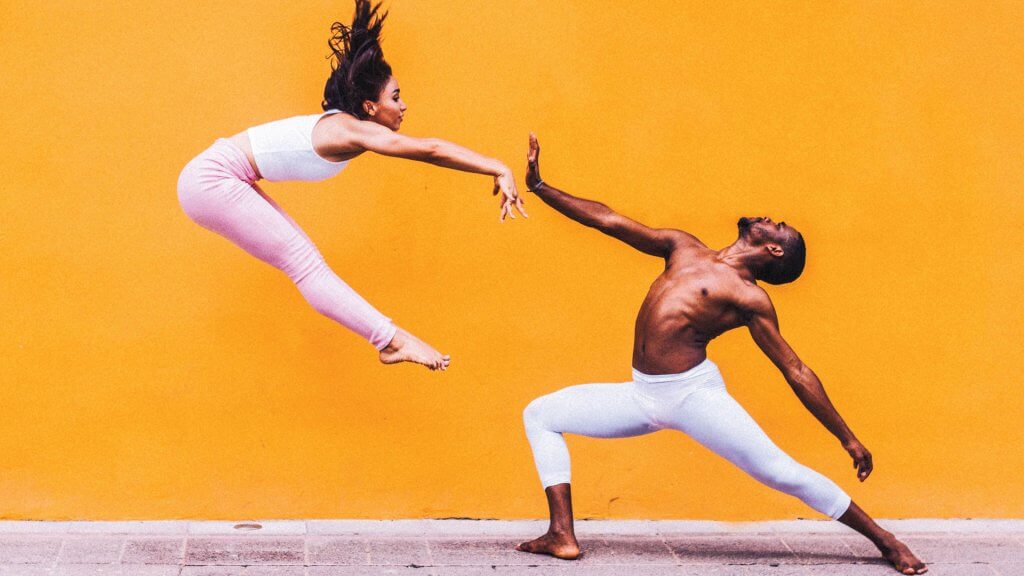 You are energy. Your thoughts, emotions and physical body are all forms of energy—Einstein figured that out a hundred years ago. And energy, by definition, needs to flow and move. In fact, that’s what energy is: a dynamic movement of life force

From the micro to the macro, from atoms and cells to galaxies and stars, all matter moves in a state of dynamic flow. The universe is never static

Until something, called fear, comes along and spoils the party. What does fear do? It freezes and constricts. It traps your energy and obstructs the flow. If energy is the movement of life force through your body and mind, then fear is the constriction and abatement of that life force. It blocks your power. Fear makes you contract rather than expand; shrivel up rather than sound the trumpet horns

The origins of fear

All fears share a common mother. There is nothing unconventional about your fear. Notwithstanding the fight-or-flight kind of fear of someone putting a gun to your head, all fears stem from one thing: the fear of rejection, ridicule, disapproval, failure and humiliation. Simply put, we fear that someone will see our flaws, that we’ll be “exposed,” and that we’ll be deemed unworthy in the eyes of another—and ultimately, by our own selves

The fear of public speaking, for example (the #1 fear in the world), is really the fear of being heard and seen because deep down we feel unworthy and don’t want to make a fool of ourselves.

The fear of flying, otherwise known as aviophobia, is essentially the fear of crashing

And the fear of death is nothing but the fear of not having lived, of arriving at your deathbed riddled with regret and misgivings. “Oh, I should have done this or I could have done that.” Fear is therefore not about the “thing” you fear, but the negative aspect or outcome of what you believe will happen when you face it

The fear of the unknown? Same story. How many times have you heard someone say they are scared of what will happen if they leave their job, or move to a new city or dump a boyfriend who’s mistreating them? As adults, we fear the unknown

But as babies, we revelled in it. Everything we did was a step into uncharted territory. Trying a new food, petting an animal, taking our first steps, saying hello to strangers—all these things were steps into the unknown, but as babies we did it willingly

As we grow older things change and the sense of mystery we had as children toward the unfamiliar mutates into fear. It’s not the “unknown” we fear; it’s the negative thing that might happen to us when we enter it, namely rejection, failure, disapproval, ridicule and humiliation

So how can you conquer fear? There is one tried and tested way: you must accept it. Embrace it. Even love it. Remember the adage, “the only way to change someone is to love them?” The same applies to ourselves.

We must accept our fear because it represents a rejected part of our psyche. Our fear is energy in our being we haven’t yet mastered. Hence it appears (often in dreams) as a monster; a wild and uncontrollable energy that we don’t know how to handle. But the monster is your mentor. It is here to teach you something about yourself and make you whole. Your fear is a part of you. Don’t reject it: befriend it. Get acquainted with it. Move towards it. That is the first step.

Have you ever had a recurring dream of a monster or wild animal chasing you? The demon chasing you in the dream world is symbolic of a demon you have not mastered in the real one. And this monster, this wild energy, will keep pulling obstacles, people and situations into your life that make you conscious of your fear. As Carl Jung once said, “The goal of life is to make the unconscious conscious by shining a light into the darkness of your being.” Your fear represents that darkness, and your going forth to meet it is the light.

Why do you keep attracting the same kinds of people and situations? Maybe it’s the same type of difficult partner, or the same abusive boss or people who take advantage of you and put you down. You move to another country, change jobs, get a makeover and buy a new suit but these people keep showing up. They stick to you like super glue

Why? Because the problem lies not with them, but in you.

The demons won’t go away until you release the power (in your own psyche) they frustrate and bring to the surface. So the first step is awareness and acceptance

Fear therefore has an important function in your life: it illuminates the place where your power lies. It will point you in the direction of your greatest opportunity for self-growth and development. It may even lead you to your life’s purpose.

Winston Churchill, one of the greatest leaders of the 20th century, inspired Britain to victory over the Nazis. And what made Churchill an exceptional leader was his amazing public-speaking skills. But Churchill stuttered as a boy, and his speech impediment caused him to face ridicule and bullying. Learning to speak without fear was the area on which he focused because it held the key to his power and purpose. He had to face his fear to find his power

James Earl Jones, the iconic voice of Darth Vader and CNN, shares a similar story (Jones was a mute for several years as a child), while many other influencers had to face their fears to find their voices

So if there is something you fear, see it as an opportunity for growth, as a flickering light in the darkness of your being that can reveal a great treasure. Embrace your fear and walk right to it

Of course, this is easier said than done! We all know that facing our demons is terrifying. So how can you manage fear when emotions take over and reality becomes a blur?

Quick, shallow breathing is the first trigger (and sign) of being anxious. By controlling your breath, however, you control all the other anxiety symptoms. In fact, exhaling longer than you inhale will instantly calm you down. Focus on your breath; inhale to the count of 7 in your mind, and then slowly exhale to the count of 11. Then repeat

If you get anxious about an upcoming task or situation, you’ll notice that just thinking about that interview, speech or task will cause unwarranted physical responses—namely anxiety. This fear conditions your body to become even more anxious in the actual situation. By breathing in a relaxed way whilst imagining the dreaded situation, you calm the association down and prompt your mind to feel more relaxed when the moment of truth arrives.

When we become anxious, it’s hard to think clearly—everything’s a blur. But if we force ourselves to use our ‘rational thinking brain,’ we instantly dilute the emotion and calm the anxiety and nerves. The easiest way to do this is by thinking about numbers. You might grade your fear from 1 to 10, 10 being the worst and 1 being your most relaxed state. When you’re feeling anxious, ask yourself, “What number on the scale am I right now? Am I an 8, or a 5?” Doing this will lower anxiety because it ignites the thinking brain and weakens the grip your emotions have on you

Fear creates nervousness and tension in your body. But if your nerves have been worn out by physical activity, your fear will lose its bite. Exercise is a way of moving your body into flow by getting your blood circulating. Try exercising a few hours before you give a big speech or do something that causes you anxiety. The effects will be unmistakable

Harvard Business School psychologist Amy Cuddy demonstrated through her now famous TED Talk that if you assume simple “power poses,” you prompt your body to feel more confident and energized. The simple act of holding up your hands in a sign of victory, for example, will trick your body into feeling triumphant. Try it before facing a daunting task—it works!

In summary, we all have fears but need not punish ourselves because of them. Instead, the only way to destroy fear is to embrace it while appreciating that it has a unique function to play in our lives by showing us where our power lies.

Heralded by Deepak Chopra as an emerging spiritual leader for the next generation, Elan Divon is an author, social entrepreneur, speaker and mentor. His approach blends ancient wisdom with proven personal development strategies into a unique system called Initiation.