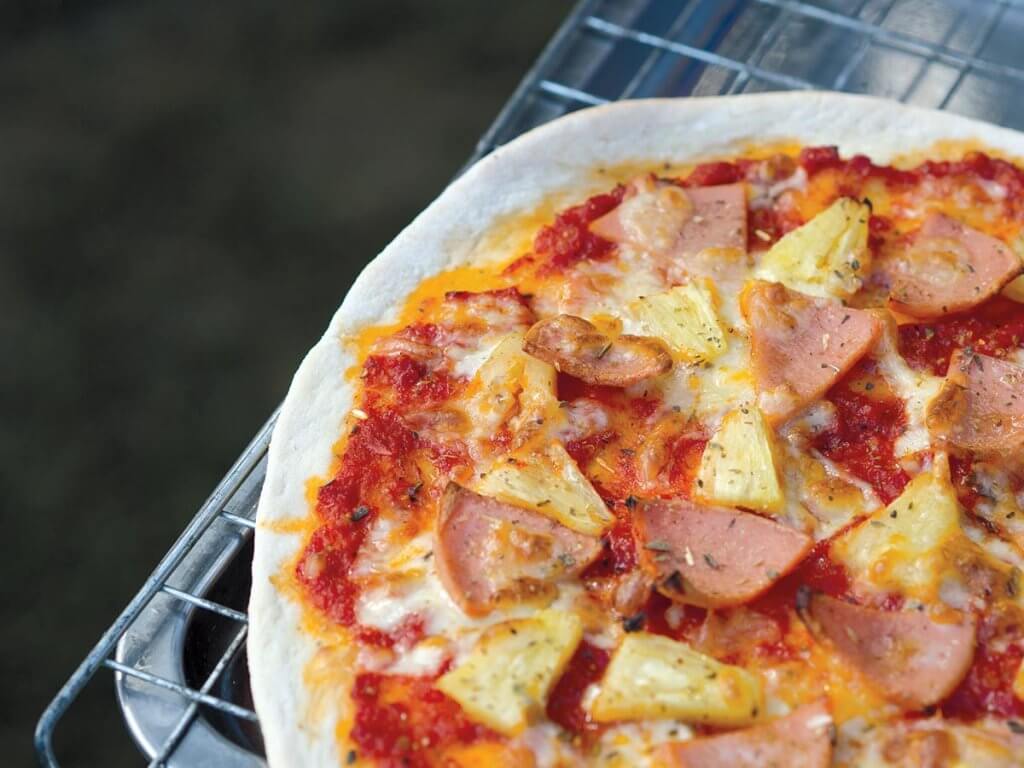 Sotirios “Sam” Panopoulos was a Greek-Canadian restaurateur from Southern Ontario. He co-owned and operated The Satellite in Chatham, Ontario, where he famously invented the Hawaiian pizza and ultimately sparked one of the most divisive food conversations of our generation.

Panopoulos left Greece on a boat heading to Canada in 1954 when he was 20 years old. It was when the boat briefly docked in Naples that he sampled pizza for the first time, instantly becoming a fan. Upon arriving in Canada, he settled in Ontario and opened The Satellite restaurant with his brothers (now under different ownership), recalling that pizza wasn’t well-known at this time and the only place you could have it was across the border in Detroit.

“The pizza in Canada in those days was primitive, you know? In the States and Detroit, it wasn’t bad, but it was nothing special,” explained Panopoulos.

The dish gained popularity, however, and pizza re-entered Sam’s life on a trip to Windsor. There he tasted a very simplistic pizza and concluded that the pie was lacklustre. He was particularly unimpressed with the limited selection of pizza toppings, the quality of the ingredients, and the unsuitable ovens that were used to cook the pies. Panopoulos closely observed how Windsor chefs were making pizza and decided to experiment back at his restaurant.

He adapted what was then considered an unconventional approach to pizza by blending in unique ingredients that he hoped might appeal to his customers, such as salty topping combinations like olives and anchovies. He was particularly drawn to the sweet and sour flavours of Asian dishes like Chinese pork, which was already on the menu at The Satellite. In 1962, an enthusiastic Panopoulos created his masterpiece when he opened a can of pineapple, drained it, and baked the pieces of fruit on a pizza. He called his invention the Hawaiian after the label on the can.

Although the Hawaiian pizza became a hit with local customers, it went on to trigger heated debates internationally, questioning whether pineapple was acceptable on a traditionally Italian dish. In 2017, Iceland’s President Gudni Johannesson caused an online frenzy when he told a group of children that pineapple on pizza ought to be banned. In response, Prime Minister Justin Trudeau pledged allegiance to Team Pineapple, tweeting, “I have a pineapple. I have a pizza. And I stand behind this delicious Southwestern Ontario creation.”

Certainly, the pineapple controversy enraged pizza purists, but the polarizing dish also attracted many fans and, in turn, inspired future hybrid favourites such as buffalo chicken and barbecue pizzas. The widespread success of Hawaiian pizza can also be attributed to the rising popularity of Polynesian culture, and specifically the tiki trend that was sweeping across mid-century North America.

In 2017, Sam Panopoulos died at the age of 83 but remained proud of his pineapple-laden creation his entire life. Indeed, when a reporter in 2015 asked him if he still orders Hawaiian pizza to this day, he replied that he does and still enjoys it.