Joy Division: The Ripple Effect of Corporate Investments in Happiness

How an education at bible college took one Windsor woman to the top of the corporate ladder
Author: Jesse Ziter
Photographer: Syx Langemann
4 years ago
|
No Comments
Share On 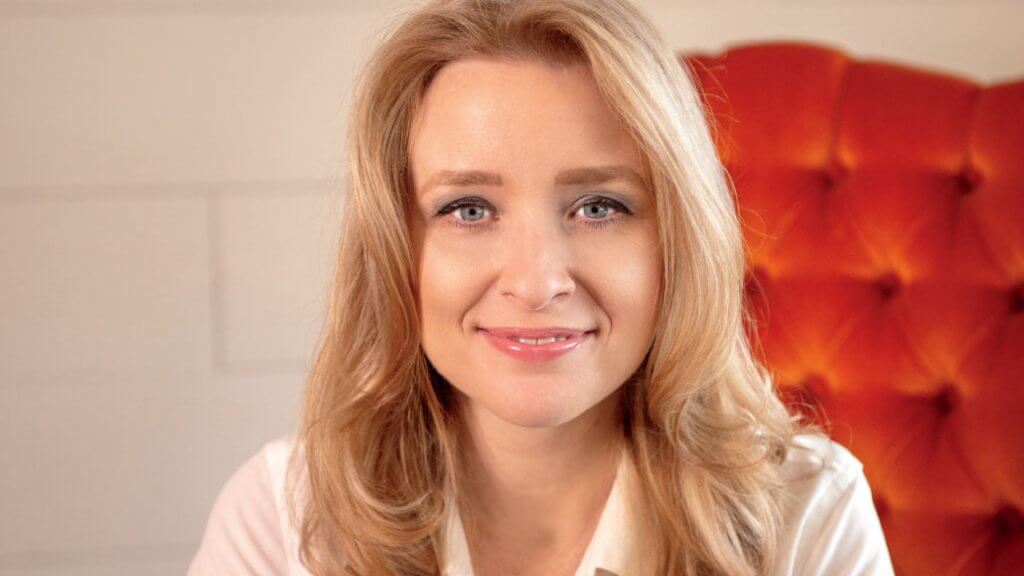 Karolyn Hart knew things were going to work out the day she shot her boss in the head.

As a twentysomething financial services professional, Hart had stretched the definition of her social committee remit by introducing Nerf guns into her team environment. By covertly transforming her office’s sea of desks into a makeshift battleground, she found she was able to facilitate meaningful engagement among colleagues.

On this day, she caught her vice president approaching the fray. Intimidating in the way many high-performing senior executives invariably are to junior staff, he hadn’t previously demonstrated much enthusiasm for this sort of ostensibly unserious teambuilding. Sensing an opportunity, Hart lined up her sights, glint in her eye, and delivered a plushy headshot directly to her corporate superior. The silence was deafening, but only for a moment.

“As he turned around to face me, I blew over the barrel of my gun,” says Hart, audibly smiling. “Without missing a beat, he grabbed a gun and shot me back. Everybody burst out laughing!”

She didn’t immediately realize it, but that “all-in” moment shaped Hart’s understanding of how quick bursts of joy can form the bedrock of a vibrant corporate culture. “You can create those moments of humour,” she shares, “and it doesn’t have to be contrived. He was always a fierce leader, but ever since then, he engaged. It was humanizing.”

This is a dramatic example, but Hart really has built a flourishing corporate career out of advocating for a bit more humanity in the workplace.

Today, Hart is the chief operating officer of InspireHUB Inc., a Dallas-based app developer known for a streamlined corporate communications platform called IHUBApp. She describes it as “a private social network, but on steroids.”

Originally intended as a fundraising app for charities, the app is a comprehensive, time-saving suite used by major organizations like the Boy Scouts of America. Concisely, it helps teams build tight communication networks by connecting the dots across dozens of individual points of access—like email, internal company websites, dusty private intranets, and project management tools like SharePoint or Slack.

“We fix the problem with all staff communications,” says Hart, aware of the boldness of her claim. “We get rid of all the confusion, which instantly builds morale. People know that they’re not out of the loop, and being able to have a moment where you can ‘like’ something or add a fun emoji or comment provides a source of joy that you wouldn’t have had otherwise.”

Like Hart’s own career narrative, the company’s history is a pitch-perfect example of what she understands as “the ripple effect.” It’s a long story, but the operation’s original purpose had to do with facilitating philanthropic engagement and rerouting supply-line logistics to address a paediatric healthcare crisis in South Africa. It started with a phone call from a close friend of Nelson Mandela.

“The true story,” shares Hart, who hails from Little River Acres in east Windsor, “is that the reason I found myself sitting in South Africa, working with the Mandela family, is because I wrote probably the most boring technical whitepaper on automotive digital signage.”

Quite the succession of ripples.

In 2008, Hart’s document, essentially a drily technical problem-solving guide, came into the hands of an Arkansas-based businessman named Ron Loveless. This earned Hart an invitation to a summit of business leaders, some of whom had an interest in digital signage. There, she quickly struck up a mutually beneficial rapport with Loveless, eventually challenging him to be her professional mentor

“We talked every other week,” relates Hart. “He lifted me into the stratosphere as far as who I work with today, because he actually lifted up the phone and put me in front of people

“I, for whatever reason, have had these wonderful humans who decided to pour into my life; they brought me into places that I had never even considered for myself, and it ends up I’m passionate about those things.”

While Hart lost Loveless to cancer in 2016, his influence continues to inform her approach to professional mentorship. “When you have people generously pour into you, there’s this compulsion that you want to generously pour into others,” she shares. “The very best thing you can do is simply pay it forward.”

Originally, Hart foresaw a different avenue for her generous impulses. She left Windsor after high school to attend Emmanuel Bible College in Kitchener, imagining herself one day working in international development, or maybe with the homeless. “You don’t go to bible college with the intent that you want to be an all-powerful business tycoon!” she stresses. “You’re signing up for a life of service.”

Out of school, Hart initially learned the ropes as a tech support trainee within a Fortune 500 company, where she benefitted from the sort of internal white-collar apprenticeship most millennials would regard as the stuff of fantasy. In the years since, she’s worked, to some extent, as a tech support agent, a software tester, and a solutions consultant. Today, Hart heads a development team as a product owner and manager

In the early years of her career, Hart struggled to reconcile her complicity in helping make rich people richer with her background in bible studies. Granting herself permission had a freeing, almost sacramental effect.

“I remember getting all these alumni newsletters,” says Hart, slipping into the voice of a former classmate. “I’m in Jakarta delivering medical supplies. What are you up to, Karolyn? At the time, there was a disconnect from what I wanted, because I didn’t understand that a life of serving people and meeting them where they’re at is worthy service.

“Life is hard, and we all wear a lot of masks,” continues Hart. “Being able to create a place of refuge in work for our employees is an honour. For some people, who are depressed or isolated or alone, that opportunity to feel a sense of connection or community can be a life-saving moment. In a way, it’s a sort of ministry.”

This is true in a very real sense. This fall, a new “Belonging Barometer” study by Ernst & Young (EY) asked more than 1,000 working Americans where they feel the greatest sense of belonging. The conclusion: in 2018, workers were more likely to feel “at home” while in the workplace than anywhere else save for their actual, literal homes. According to EY, when workers feel like they belong, they are more productive, motivated, innovative, and engaged; a sense of belonging correlates sharply with positive employee contributions

“For the first time in history, the workplace is replacing neighbourhoods and places of worship as where people get their sense of belonging from,” clarifies Hart. “That’s a huge deal! If you’re not getting a sense of community or belonging elsewhere, then we as workplace leaders have a massive responsibility. I’m in this curious place, where here I was wanting to serve in an altruistic role and, as it ends up, I am.

“I don’t think we realize the impact that we have on one another.”

As her Nerf gun story can attest, this sentiment is true both figuratively and literally.

Poised with a PENCIL