Tina Roy on Surviving Cancer, Living with Intention and the Power of Positivity
Author: Jen Brignall-Strong
Photographer: Syx Langemann
2 months ago
|
No Comments
Share On 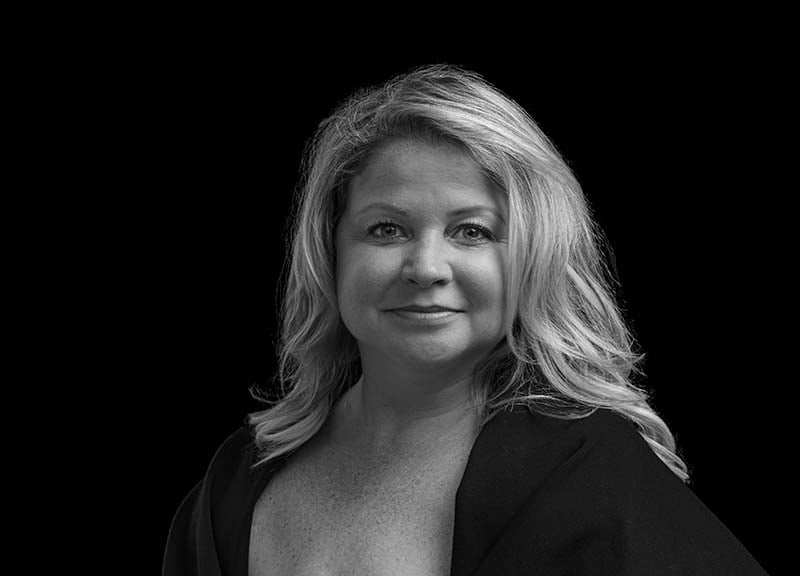 At 35 years old, Tina Roy was young, healthy, and ambitiously pursuing her career aspirations. The vivacious local realtor had just purchased a place to build an office for her growing team and was an active member of her community; living life to the fullest with her husband Marc and their two young boys, Sebastien and Isaac.

That’s when she found the lump. An aggressive form of breast cancer. Advanced staged.

“I was full steam ahead, a million miles an hour,” recalls Tina. “My first thought when I got my diagnosis was, ‘How the hell am I going to pull this off? So many people are depending on me; letting them down is not an option.’”

“I had just hired my first full-time administrator; she quit her job to join me in building my vision from the ground up. There were other families that were depending on my leadership,” she continues. “My own family was depending on me. I’ve always been the constant. The rock. The girl who gets it done. Life was very, very full.”

Facing a world of uncertainty, months of debilitating treatment, and a long road ahead, Tina knew what she had to do.

“Find the sunshine in every day, make time to rest but not wallow in self-pity, and keep living life to the fullest.”

Now, five years later, Tina is reflecting back on her journey thus far; sharing her struggles, her successes, and the reality of living with a cancer that will inevitably return one day.

“My surgeon was crystal clear with me. It’s not a matter of ‘if’ the cancer returns, the reality is ‘when’ it will return,” she says. “Some forms of cancer are very treatable and the likelihood of it never returning can be very good. But that’s just not my diagnosis; it’s one of those things I’m going to live with for the rest of my life, however long that is.”

Tina discovered the lump in her left breast in November 2015 and was immediately sent for an ultrasound and a slew of tests by her family doctor, followed by a biopsy.

“That was it. Your life can change just like that,” she says.

“From the minute we found it, my doctor pushed for things to happen quickly,” she remembers. “The care I received right here in Windsor was outstanding.”

She was then referred to Windsor Regional Hospital’s Cancer Program where she met with the team to discuss a treatment plan. Prior to staging the cancer, the surgeon initially recommended a lumpectomy of the affected breast, in order to minimize damage. Not knowing how far it had spread, Tina instead insisted on a double mastectomy.

“It was a really easy decision for me; I didn’t struggle with it whatsoever,” she says matter-of-factly. “I just followed my gut. Just take it all; let’s fix this and give us the best chance moving forward.”

When the topic of reconstructive surgery was brought up, Tina also opted to forgo implants.

“I looked at him and said, they are just boobs ‘I don’t need them. Let’s just focus on getting through this,” she says. “I was very focused on survival. How I was going to look when it was done was the furthest thing from my mind.”

After the mastectomy, Tina had a very short time to heal before beginning a 6-month course of chemotherapy, followed by radiation and hormone therapy. During that time, she also lost her hair, which she shaved off during a bittersweet celebration with her closest friends and family.

“Your self-image just goes out the window; you can’t make that a priority,” she relates. “You need to put your vanity aside. It’s just hair, they’re just boobs. I couldn’t make my appearance part of my story as it was something I couldn’t change.”

Tina admits the physical changes have been disappointing nonetheless, but she doesn’t allow them to affect her spirit. “The scars are a reminder of all the things I lived through and have created a consistent awareness of how important it is to take care of myself.”

“Am I disappointed when I look in the mirror and I’m not who I was before? Yes, I’m not superhuman,” she continues. “But you make a conscious choice not to let it change your self image. Healing, growth, and self-love are the keys to an authentic journey.”

Despite that initial change in appearance and an arduous treatment schedule, Tina managed to carry on with ‘business as usual’ for the greater part of a year; hiding her diagnosis from everyone but a small group of friends and family. She conducted most of her real estate dealings via phone or email from hospital beds and waiting rooms.

“One of the first things I did was swear everyone close to me to secrecy so I could fight my battle without judgment,” she explains. “I’m a professional in my community; I couldn’t risk being sick and watching my business crumble.”

“If the cancer didn’t kill me, that would have,” she jokes.

Keeping her hectic schedule is what gave her the energy to fight, she says, noting that she wore a wig after losing her hair solely to avoid questions and sympathy from well-meaning colleagues and clients. She credits her strong support network of friends and family for ‘taking all the noise away’ and allowing her to heal and work at the same time.

She also hid the gravity of the situation from her two sons, who were 9 and 7 at the time of her diagnosis.

“I said as little as possible,” she explains. “I never lied to them, but they didn’t ask many questions either.”

Her main focus was to continue to care for them with minimal disruption to their daily lives, she says.

“I was really positive and focused on the end game; I didn’t think I was dying. I knew I was going to come out on the other side of it,” she says. “But the second scare was where we fell apart.”

This past summer, less than four years after being discharged from the cancer clinic, Tina was faced with the possibility of yet another battle. One she knew she might not be able to win.

“That second scare was the real one for me,” she says. “We actually went to our families and said, ‘This is it.’ It was terrible.”

Tina had been experiencing pain for a prolonged period of time near the left side of her rib cage, directly behind where the breast cancer was removed. After multiple scans, her family doctor referred her back to the cancer clinic.

“Along with my doctor, I started researching, ‘What could this be?’ How does breast cancer metastasize?” she says. “With the pain being in the same area as the original cancer, and the appearance on the scans, everything just made sense that it could be bone cancer. Everything we read, everything I talked about with my doctor; it just all lined up.”

After looking at survival rates, Tina and her husband Marc started to talk tough decisions; getting Tina’s affairs in order to ensure her family was taken care of in the event of her passing.

“The first time, I was young and strong and I just kept going but this time it was, ‘Well, this is it. They’re just going to keep me comfortable.’”

After months of worrying and a barrage of tests, Tina’s doctors ruled out bone cancer and are now currently monitoring several benign tumors. A welcome relief, but a reminder that her battle is never quite over.

“I think the real journey is how you live with it,” she says. “It’s not what we go through for a finite period of time; it’s how you go on.”

The loss of time has truly been the most difficult part of the past five years, she shares.

“I think that’s one of my biggest lessons to share. You never get that time back,” she explains. “It’s not just the time of going through chemo; we’re getting older. Things change. I’ve never felt the same again.”

It’s for that reason that Tina chooses to live every day to the fullest and encourages others to do the same.

“Every day, I intentionally spend my time the way I want to,” she says. “Time is our most precious possession. Surround yourself with those who bring out your best self, and don’t miss an opportunity to do something that you’ve never done before.”

Tina says through all of this, she’s found the freedom and space to define herself. Now, she set goals for her betterment rather than functioning for mere survival.

“I feel like I live an authentically full life,” she says. “If something happened tomorrow, I can go without regret.”

Tina hopes her perseverance and positivity through her own journey can be a beacon for others who have been recently diagnosed and are struggling with how to move forward.

“We all have powerful stories to tell,” she reflects. “I want to tell my story so others may know hope and spend their days doing things that breathe life into their souls. If I can inspire someone to persevere and thrive through something when they really just want to curl up and give in, that’s the real reward.”

Recovery is a process, she shares. It takes time, it takes patience; it takes everything you’ve got.

“But a few bad chapters don’t mean your story is over,” she adds. “Live with purpose and authenticity, straighten your wig, and show up with a smile.”

Put a Time Limit on Negativity 

Keeping your plumbing in check