An exploration of Windsor’s social enterprises: part I
Author: Anushree Dave
4 years ago
|
No Comments
Share On 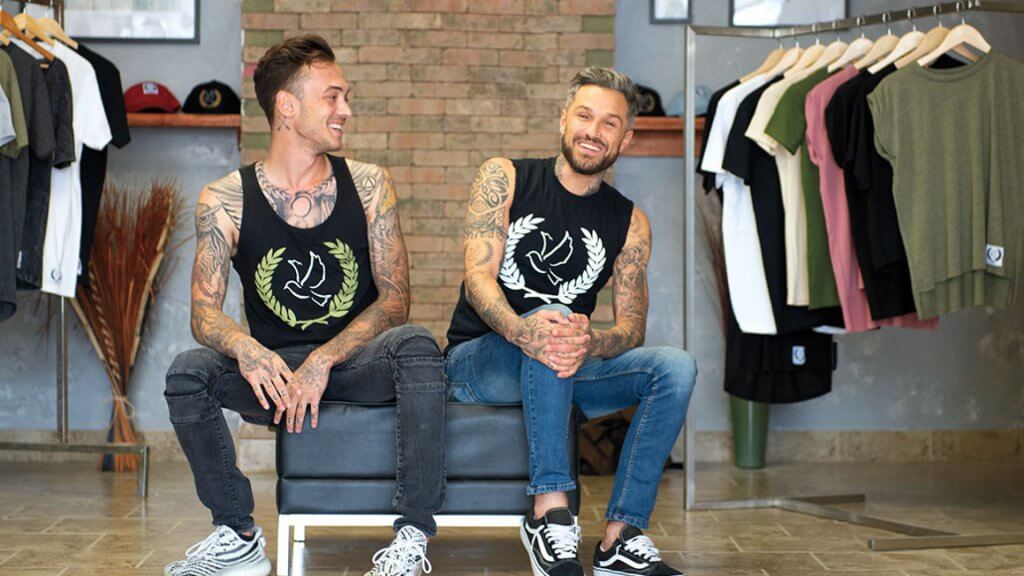 Anushree Dave and Layan Barakat work at the University of Windsor’s EPICentre. This series aims to highlight the stories and capture the emotions behind inspiring social enterprises in our community.

To learn more about how you can get involved with social impact initiatives in the area or start a social enterprise of your own, please visit www.epicentreuwindsor.ca

He grew up in a middle-class suburb where life consisted of recreational sports and summer vacations with his family. It wasn’t until high school when persistent self-doubt and insecurities began to set in. He didn’t know where these feelings were coming from, or why he struggled to fit in. At age 14 he was introduced to his first alcoholic drink. “I thought all my problems were solved,” he said. “Every single thought stopped, all the fear and insecurities vanished and I was a new man with new-found confidence.”

His days of hockey practice and soccer games were soon replaced by binge drinking at parties. At the time, Brown thought it seemed normal as everyone he knew was drinking too. In his late teens, he was introduced to cocaine and after a few lines, he felt what he describes as “on top of the world.” By the age of 21, Brown found himself at his first treatment centre. He made it through the 28-day program but his sobriety did not last long. “I was drunk a few days later and once again the cocaine was flowing,” says Brown.

The cycle repeated itself for years, with countless failed attempts at getting sober and endless pain and heartache caused to his loved ones who watched him struggle helplessly. He tried everything from counsellors to fellowships to several treatment centres. “The whole time I was struggling, my family never gave up on me,” says Brown. “Even when I had given up on myself.”

Brown eventually tried the geographical treatment. “From Alberta to Montreal to Toronto and Vancouver. Everywhere I ran, the same problems followed me. Toronto [involved] a suicide attempt and waking up to my parents at my bedside in the hospital.” In Vancouver, Brown found himself in East Hastings—one of the most notorious drug areas in the nation, known for high crime rates and extreme poverty. “I didn’t know it at the time, but I did something I had never done before. My desperation caused me to surrender my will over and ask for help. I was living in an attic on a blow-up mattress. I wasn’t giving up much but at the time I thought it was everything.”

He met James Lucier at the recovery centre that would drastically change both their lives for the better. It was a 90-day intensive treatment program of ask, listen and “do as you’re told.” It was at this treatment centre that the duo found their purpose in life again. “I found hope, I found self-love and respect and learned to care for others,” describes Brown. “The biggest thing I learned was to be vulnerable. For once in my life I started sharing my secrets and no one judged me, they just loved me. They had all been down the same road I had and we formed an unexplainable bond. After leaving the recovery home I felt reborn. I had something called trust and faith and believed in something bigger than me. I believed in spirituality.”

These feelings became the fundamental building blocks of the passion project Lucier and Brown began working on together. Spiritual Soldiers started with a simple idea: sell clothes with the purpose of giving back. The aim was to give a percentage of the profit to initiatives aimed at reducing the stigma of mental health and addiction through education and inclusion of people from all walks of life. Spiritual Soldiers was established as a social enterprise, which, unlike a traditional for-profit business, uses commercial strategies to maximize improvements in social and environmental well-being. In other words, it focuses on social impact and puts a social mission, instead of profits, at the forefront of what they do.

With their social mission to combat this stigma in mind, Spiritual Soldiers had an ambitious goal, although they had little to show but a hat and a T-shirt. It helped that Brown had extensive knowledge of the fashion industry, working for various retailers and styling video shoots in Toronto. His connections to the industry allowed him to look at their project constructively and figure out how to turn a hat and a T-shirt into something meaningful—not only to them, but to the lives they touched. The motivation to create this movement also came from the desire to share their personal journeys from what they call their “disease of addiction or alcoholism.”

“This happens whether you’re rich or poor,” said Brown. “Addiction has no prejudice to anything.”

Addiction is one of the most common mental illnesses in the country. The Mental Health Commission of Canada (MHCC) explains mental health problems and illnesses as “clinically significant patterns of behaviours or emotions that are associated with some level of distress, suffering or impairment in one or more areas such as school, work, social and family interactions and the ability to live independently.” The type, intensity, recurrence, duration and causes of mental health illnesses vary widely from person to person and more than 60% of people with mental health challenges do not seek help.

In life, second chances are often hard to come by, so when Lucier and Brown were given a chance to change theirs while simultaneously making an impact, they dove in headfirst. They became the voice of those silenced by addiction, showing others that it’s okay to ask for help. One of the many people positively affected by their initiative was Bianca Olivario. Now a member of the Spiritual Soldiers team, Olivario was instantly intrigued by the logo she had seen on Brown’s hat upon meeting him in recovery. “I just got really excited, I just wanted to be a part of it,” said Olivario. “I asked what I could do to help and I just slowly started coming to all of these events and getting involved with the organization.” Almost as though Olivario was a manifestation of the duo’s inclusive concept, she found refuge in a company that stands together through times of mental strain and mental war, soldiers navigating the battlefield of life through positivity and understanding

The business side of Spiritual Soldiers was inspired by the same idea behind TOMS, the popular shoe brand known for its buy-one-give-one model. Spiritual Soldiers uses this concept with the addition of a unique touch, combining recovery, sobriety and fashion; a way to “give back while being on trend,” said Brown. A portion of the proceeds raised from their merchandise goes towards helping members of our community suffering with addiction by buying new beds for detox facilities or putting an individual through a recovery program. “The whole point of Spiritual Soldiers is integration, not isolation. We isolate our feelings, we isolate our emotions, we want to portray this social mask but the reality is that we’re afraid to be vulnerable,” said Brown.

He touches on an interesting social paradox with his insight—that in a society so hyperconnected through social media, we still continue to be out of touch with each other and lonely. In a performative culture in which we fabricate online identities and solely highlight our best moments, vulnerability and authenticity are somewhat of a rarity. For some, cracking their perfectly calculated façade can be more intimidating than caring for their own well-being, with the fear of failure or being “less than perfect” always looming in the background like a dark cloud. Although the team at Spiritual Soldiers put their hearts out on the line for this company, that fear never came into play. “Failure to me might not be failure to someone else,” said Lucier. “I wake up every single morning and I love what I do every single day. It makes my life that much more worth living.” For them, the idea of giving others the second chance they had is all the success they need. From conception, the brand was not about making big money; it was about being there for others

In their attempt to open the dialogue about mental health and addiction on a more personal level, the team at Spiritual Soldiers recently opened up a coffee shop on 1015 Erie St East. This is in addition to selling the merchandise they’ve always sold. “We wanted to create an environment that’s friendly, something that’s going to be there for 10 hours a day instead of one,” said Lucier. The shop will serve as a safe haven for those looking to get out and enjoy themselves in a clean, sober and supportive environment. It’s an opportunity to provide constant encouragement for those who need mental and/or emotional support. “We just want to create a good vibe, a happy atmosphere,” said Olivario. Whether you’re wearing an item of their clothing or visiting their coffee shop, you’re supporting a cause that benefits your community and neighbours. Brown summarized their journey best when he said “the wreckage from our past is now our greatest asset.”

Brown, Lucier and Olivario have found purpose through the unpredictable and messy detour their lives took on their way to helping others navigate their own journeys

If you or someone you know is struggling with mental health, please reach out:

A Rising Tide Floats All Boats