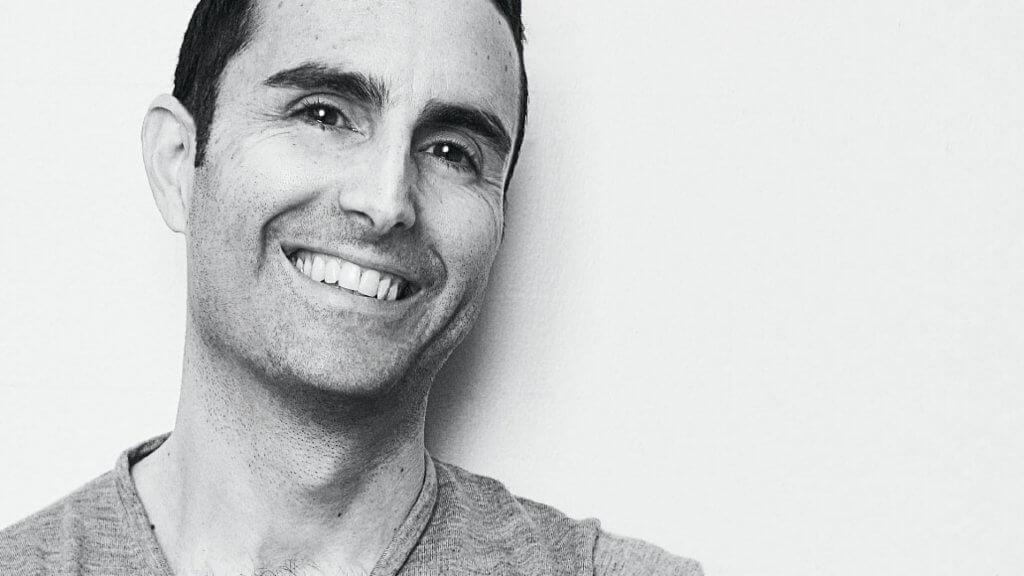 In March, The DRIVE and Landscape Effects Group are bringing Tony Gareri to Windsor. Gareri will be speaking to business and thought leaders at the St. Clair Centre for the Arts.

Tickets are available for $99 each by emailing [email protected] by March 22.

More importantly, he’s well on his way to becoming one of Canada’s foremost wholesalers of happiness.

Roma Moulding is a 34-year-old manufacturer of handmade picture frames made from real wood materials milled in Italy. The company supplies independent frame and gallery shops and large corporate clients like Costco and Bellagio Las Vegas from its Woodbridge head office and light-manufacturing facilities in Atlanta, New Jersey, and Los Angeles

Over the last decade, Gareri, who cites Steve Jobs, Zappos founder Tony Hsieh, and Walt Disney among his influences, has shepherded Roma through a remarkable, happiness-positive cultural shift while reinforcing the company’s status as an industry leader. The story has been told in Forbes, Décor Magazine, and The Globe and Mail, and Gareri’s personal gospel has spread at least as widely. In 2014, Toastmaster magazine identified him as one of its “Six Most Passionate Leaders” alongside the inventor of the Ice Bucket Challenge; television super-producer Mark Burnett; and corporate luminaries from Facebook, Cisco, and Apple. Pretty good company to keep.

At Roma, Gareri places a premium on happiness by fostering an infectiously curious culture and implementing policies that at times blur the line between work and play. For him, it’s simple: happy employees more than correlate with positive corporate outcomes. “Service, sales, innovation, creativity, and commitment are all influenced by how motivated and, ultimately, happy people are,” he insists. “I think people should have the time of their life at work. Many people think I’m nuts, but I would hope those eight to ten hours would be filled with optimism and challenge and opportunity.”

To this end, Roma’s office is the sort of environment where employees get everything from cubicle decoration allowances and open jars of window paint to a foosball table, a napping couch, and no-quarters-required candy dispensers. The ceilings are dotted with balloons, the walls are decorated with printed and framed testimonials from clients, and the bookshelves are stocked with libraries of capitalist hagiographies—Musk, Jobs, et al. are all accounted for, and you feel as if a spot might be reserved for Gareri himself.

In person, off the clock, Gareri vibrates with manic enthusiasm, helping his points along with flourishes of fidgety gesticulation and punctuating them with toothy Tom-Cruise grins

While Gareri dabbles in hyperbole and has a tendency to speak in soundbites (“You’ll always have your say; you might not always have your way!”; “We believe your vibe attracts your tribe!”), there’s no questioning his sincerity. A wide-eyed, generous speaker, Gareri is fiercely opposed to what he calls “the Fred Flintstone punch-in, punch-out thing.” He doesn’t proselytize his way of doing things, but he does persuade.

In a word, the man is obsessed. By his own admission, Gareri is obsessed about the people he hires, whom at various intervals he insists are themselves obsessed with “their craft,” “delivering remarkable service,” “wowing,” “challenging the status quo,” “service,” and with the Roma brand and product.

Somehow, he articulates all this without seeming to take himself too seriously. Today, he wears crisp, artfully prefaded jeans, and a dark cotton shirt with one fewer button fastened than your boss might allow. He’s speaking to me in front of a chalk caricature of himself, but you sense he understands the peculiarity of the situation

Little more than 10 years ago, Gareri’s conference room had a white wall where the chalkboard now sits. Under his father, Roma’s president and founder John Gareri, the business wore a decidedly different aesthetic—one that served it very well, until it didn’t.

In 2008, the recession hit Roma hard. Sales plummeted 30 per cent year-to-year, and—more significantly—Tony Gareri, having by then ascended the company’s upper management hierarchy, lost his passion for his work somewhere along the way

Charged with resuscitating the company’s performance and stemming a concerning employee exodus, Gareri made the conscious decision to pivot away from the “dictator-style” leadership borne of his father’s European immigrant work ethic. Rather than leave the family business, Gareri made an impassioned pitch to his father: He was prepared to steer the future direction of the company, but only if he had carte blanche to press the restart button and nurture a dramatically different workplace culture built on joy.

Over a period of several months, Gareri partitioned his staff into small working groups and compelled them to interrogate their personal and professional values. Eventually, the teams produced a set of 256 anonymously attributed examples of what they prized most in life. These were winnowed down into 10 core tenets, which now inform the company’s day-to-day operations, long-term strategic planning, and hiring and firing decisions. Some are straightforwardly didactic (“Deliver Transparent, Open, Honest Communication”) while others allow for slightly more interpretation (“Be Different, Have Fun, and Deliver Happiness”).

“We need some guiding principles, so it’s not ‘what does Tony Gareri want us to do?’” he explains. “That’s insignificant. I’m a human—my business is not perfect, and I am not perfect. Sometimes I’m dead wrong!

Gareri continued the transformation by tearing down the office’s literal, material walls. Today, Roma’s Woodbridge headquarters consists of flexible, communal working spaces intended to encourage teamwork, collaboration, and happiness. The arrangement persuades staff in disparate departments to interact in meaningful ways while reflecting that aforementioned commitment to transparency; nothing happens behind closed doors, because nothing needs to happen behind closed doors

Despite his lofty stature within the corporation, there is no ivory tower to speak of; Gareri doesn’t even keep an isolated office. “I just think offices create segregation,” he explains. “Walls create barriers for communication. I have a desk, but it’s no bigger than anybody else’s, right in the middle. I love to feel the pulse of the company.”

In his first year as CEO, Gareri and his senior management team “coached out” more than 15 per cent of the company’s workforce in an effort to underline its commitment to its new value set. “We’re quick to fire, and slow to hire,” explains Gareri, who refers to poorly fitting employees as culture vampires. “Something that challenges businesses is that they’re bound by old metrics, one being retention. Retention can be a good thing, but it can be a bad thing. The best opportunity to instill culture and have people know it’s alive is to get rid of people who don’t align with your values. That shows people; it doesn’t tell them. I think people are scared to talk about that, but I’m not.”

While Gareri does appear to have a ruthless streak, his company offers departing team members generous letters of recommendation, access to fulsome recruitment services, and sizeable parachute payments. Moreover, those who choose to buy in are rewarded with meaningful agency in Roma’s operations. “We’ve fostered a culture where I’m challenged every day by my team,” he explains. “It’s a requirement to challenge the shit out of me, because I do it to them all the time.”

“Fundamentally, we have to align with people who gravitate to who we are and believe what we believe,” explains Gareri. “We do a shit-tonne of scouting and vetting before somebody comes into this environment; the consequences of bringing somebody in who doesn’t align with your values is huge.”

In the end, all that vetting pays off in very real ways. “I’m just one guy among a ridiculously smart, driven, talented group of

people,” notes Gareri, who makes a point of empowering his subordinates to make their own decisions. “My phone doesn’t ring off the hook. My emails are not flooded. Some people pride themselves on being very busy. I pride myself on not being busy.”

Indeed, during our hourlong interview, he doesn’t look at his phone once

Away from his day job, Gareri is also making waves as something of a corporate culture guru. He publishes in a national newspaper, guests on business and leadership podcasts, judges art expositions, speaks at and hosts conferences on leadership, delivers eight to ten keynote speeches a year, and participates in corporate mentorship initiatives.

(Full disclosure: He spends two or three days a year working with Landscape Effects Group, the company that owns this magazine. President Paul St. Pierre first connected with Gareri during a tour of Roma’s Woodbridge operation.)

“I help businesses create ‘rock star’ teams,” states Gareri, who estimates he devotes 10 to 15 per cent of his time to outside consulting. “My focus is certainly on Roma, but I love this shit.”

Gareri’s culture of cultivating work typically involves an intensive period spent measuring the “heartbeat” of a business on-site followed by recommendations and the establishment of regular touchpoints and milestones for accountability purposes. Sometimes, Gareri targets ostensibly minor considerations like lighting or washroom policies. Other times, he advocates for wholesale, structural changes.

“The senior leadership team has to genuinely want to make work better for their team,” he stresses. “That, fundamentally, is who I work with: people who care about their employees. I’ll challenge the shit out of them to help them uncover blind spots in their business.”

While products and services differ, some business principles are universal. “I don’t think people necessarily buy what you do,” says Gareri, who prefers the term “partners” to “customers.” “They buy why you do it. Regardless of whether you sell picture frames or cups or sweaters, Google has done a great job to commoditize everything. As a business, you need to figure out why you stand out. For us, it’s our culture. We believe it’s our only true differentiator; anything else can be copied.”

Gareri’s commitment to happiness is perhaps best represented by his company’s Roma Wish initiative. While Roma had been philanthropically active on a modest scale for most of its history, it became clear a few years ago that the company’s “giveback” was neither as outsized nor as progressive as its other work.

Since 2014, Roma has identified a partner charity and relocated a team of employees for a weeklong “mission trip.” Employee volunteers are required to make financial contributions out of their own pockets, which ensures literal and figurative buy-in beyond poverty tourism.

The company’s first trip took it to a Haitian orphanage. This summer, a team of 12 employees set up camp in Detroit, where they assisted with community improvement initiatives alongside the Central Detroit Christian Community Development Corporation. One subgroup coordinated a summer day camp for disadvantaged children, while a second worked on a number of material community development projects. (As a rule, the company tends to target organizations that work with children and youth.)

Gareri’s altruism is motivated by a remarkably pithy credo. “I believe, generally, people are good,” he stresses. “I believe shit happens to them, and then they get miserable.

“First and foremost, I believe I am so blessed,” he elaborates. “I truly believe every day is a gift. As such, I believe it’s in part our obligation to help others. I think, personally, we get more than we give. We’re all there as one unit with one mission: To move, inspire, and wow these kids for one week, in whatever way, shape, or form we’re asked to do.”

What does that mean, exactly? In Gareri’s own words, “there’s good, great, and then there’s ‘wow.’ Wow is this feeling that, once you experience it, it stays with you. You’re not wowed at every corner, but once you are, it’s a moment that you remember. We use it as a litmus test internally: Did that wow you?”

Gareri pauses, smiles. “I think, in today’s day and age, you’re either wowing the shit out of somebody, or you’re just like everybody else.”

Dressed to Impress: How A Local Family Bottled Success