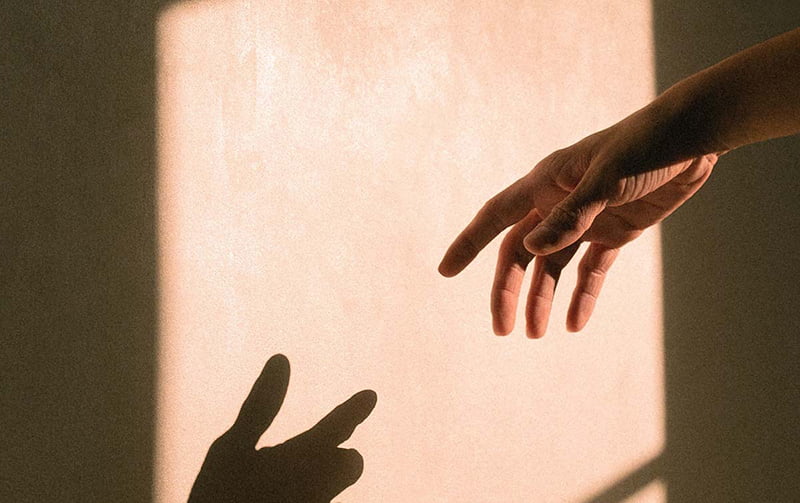 As she was packing up her supplies and heading off to another 18+ hour day in the kitchen, baker Alexandrea Anber realized that she had reached a breaking point. Between the pressures of owning a small business, the uncertainties of the pandemic, and her ongoing struggles with disordered eating, the 31-year old was officially cooked.

“It’s been a rollercoaster,” Anber says of the past year and a half.

Instead of muscling through as she always had, the owner of Auntie Aldoo’s Kitchen took to social media to let her customers know she needed time away from her duties; taking a week off at the beginning of September to check in with herself emotionally.

I love this fucking job, but I love it so much I run myself into the ground, the post read in part.

Being an independent business owner can be a struggle during the best of times. With the added anxiety of COVID restrictions and unrealistic performance expectations, many female entrepreneurs have been faced with overwhelming levels of stress, forcing them to take a step back and re-evaluate their business models.  Some are also dealing with the added stressors of living with a mental illness.

“I think all of us are feeling the burnout,” she says. “It’s just so unrealistic for one person to do everything, but we all do it anyway.”

Anber works up to 85 hours a week and admits that she is always hesitant about taking any time off; noting like many of her fellow bakers, she has a fear of losing customers.

“It never really happens but the fear is always there,” she explains. “For me, having to go through treatment for an eating disorder and trying to figure out my mental health and keep myself together while I’m trying to full on run this business by myself…it’s a lot.”

Anber adds that although she occasionally gets help from family, the responsibilities of the business and everyday life ultimately fall on her.

“I think for women entrepreneurs and business owners it’s different. We’re still expected to come home and do all the things that we’re socially expected to do and it’s just engrained in everybody’s head. We can act like it’s not like that, but even the most equalized families are like that.”

By being open about what she was feeling, she says most people ultimately understood and supported her need for time off.

“I think what helps is that when I posted about it, people were like, ‘Now I’m going to do it because you did it. Now I know it’s ok,’” she says. “No one ever told us it was ok.”

Waiting for a Break

Shortly after Anber’s candid post, King’s Bake Shop owner Cheslea Zammit came to the realization that she too was on the verge of a breakdown.

“I had been telling myself for the past three months that I was going to have a break and then I kept not giving myself one,” she reflects. “She kind of just showed me that it was allowed. You can’t wait for a break to happen, sometimes you have to make it happen or it will make itself happen.”

Feeling her mental health waning, the 25-year old decided to close her bustling Kingsville bakery for a day. That day off quickly turned into a week as she realized her situation was more overwhelming than she had initially realized.

“It was heavily inconvenient, but it had to happen,” Zammit says. “I just needed to stop.”

Zammit, who suffers from Bipolar Disorder, admits that while some people may have felt let down by her impromptu hiatus, the majority of her customers were appreciative of her honesty and some even shared their own mental health struggles with her in private messages.

“Not only did I get a good break, but I also got all these people who said, ‘wow I didn’t know that was a thing you were struggling with. I do too.’”

The experience has also taught Zammit that finding balance is possible.

“If I ever had to do it again now I know I can recover financially from it, I just have to plan for it,” she explains. “I can also recover in terms of worrying about how people see me. I don’t think I’d have half as much anxiety closing now that I know that people actually understand that I’m a human being too.”

“Being able to say in an Instagram post, ‘I struggle with Bipolar Disorder and there’s nothing wrong with it’…that’s really nice to be able to do,” she laughs. “Just owning it is so nice. It is what it is, I’m still bomb.”

For award-winning massage therapist Carrie Deslippe, taking those much needed breaks hasn’t always come easy. Like Anber and Zammit, she admits to working herself to the point of exhaustion, even while coping with periods of anxiety and depression.

“When you own a business it doesn’t end after the regular 9 to 5,” says the owner of Above & Beyond Massage Therapy Clinic. “It’s a constant and unfortunately at the beginning of my career, I forgot that I needed to live.”

Despite sustaining multiple serious physical injuries over her 13-year career, Deslippe says she was always driven to keep working. Even after back surgery, ankle surgery, wrist injuries, and being crushed by an elevator door.

“I thought, ‘no I have to keep on working!’” she laughs, sharing that she once massaged clients while she was wheelchair bound.

While Deslippe’s determination has made her an incredibly successful businesswoman, at times it has come at the cost of her mental health.

She recalls a difficult period in her life 20 years ago when she was hospitalized for nearly two months after becoming overwhelmed with balancing personal struggles, two jobs, and full-time schooling.

“I didn’t have an episode and it wasn’t anything specific. I believe I ended up burning the candle at both ends for a goal that I shouldn’t have had,” she explains. “It was all too much.”

Recovering from that experience has shown the 43-year old how to recognize when it’s time to hit the pause button. This past July, she felt like she was “slipping a groove” and took a full week off to realign.

“I felt so bad because there wasn’t any acknowledgement beforehand it was just ‘Ok sorry everyone I can’t come into work today,’” she recalls. “I just knew in my mind that I had to step back. I never would have done that when I first opened my business.”

Although she says she still has a tendency to overextend herself, Deslippe now understands what she needs to do to best manage her business and her physical and mental wellbeing. “It’s really looking inside and knowing when to take that break,” she says. “That’s what I’ve been telling other business owners that I’ve met; in order to continue your success, sometimes you have to step back and enjoy and realize your success.”

Cup of Joe with Joe Heraldo

From Trauma to Triumph