From beer mile to the 2020 olympics
Author: Michelle Laramie
4 years ago
|
No Comments
Share On 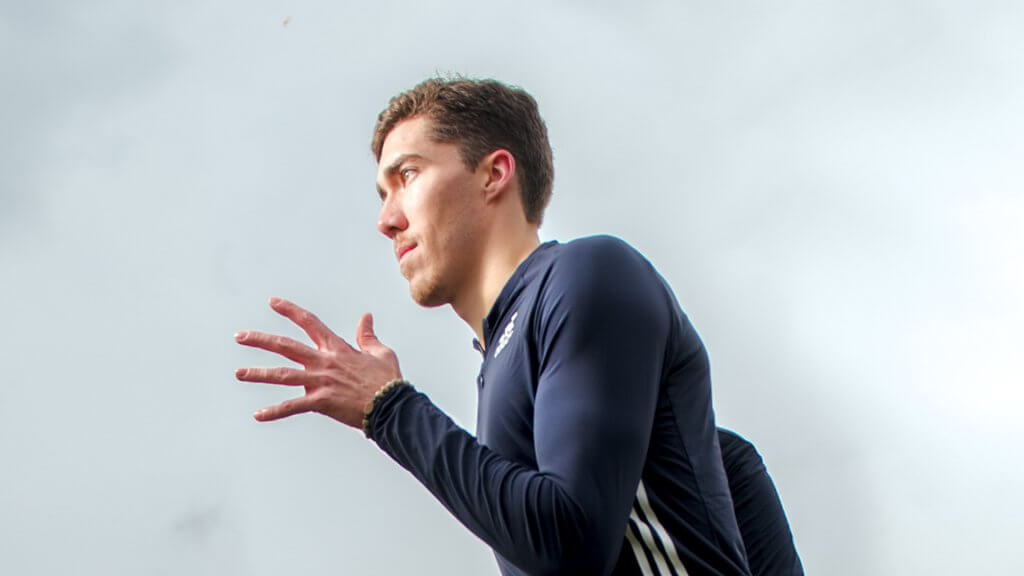 Corey Bellemore has gained fame around the world for his record-breaking beer mile run. This one-mile race has runners consume a can of beer at each quarter mile segment before they can keep running. Already a competitive runner, Bellemore took the challenge on a whim and ended up breaking the world record while his friends recorded it. The video went viral and launched him into a media whirlwind.

While the race opened many opportunities for Bellemore, he explains, it doesn’t truly represent who he is. Despite sponsorships and travelling and being on TMZ, this 23-year-old runner has his razor-sharp sights set on making it to the 2020 Olympics.

“My main goal is the 1500-metre at the Olympics,” he said. “Just because all this has happened doesn’t mean I am going to steer away from that.”

At the young age of six, Bellemore sat with his father watching the school track team run loops around the yard. It sparked a dream inside of the young boy, and he remembers his father encouraging him to run.

“My dad said absolutely I could do that, and that stuck with me. I was competitive already and I wanted to see if I could beat them,” said Bellemore.

Bellemore gives a lot of credit to his family and friends for his success and his steadfast focus to chase his dreams. He even recalls his mother’s advice before important races.

“Standing at the start line before my very first race she said, ‘Run like a tiger is chasing you,’” he laughed. “That’s really, if you think about it, the best way to get someone to run faster and a little longer. I definitely still think that before my races.”

Bellemore has a rigorous training schedule and his body feels it. In a week of training he does three workouts, three recovery runs, two days of weights, two days of biking, two sessions in a pool for cross-training… and this doesn’t include his days of double training. Bellemore is not complaining though—to him, his constant progress is a sign of his accomplishment. His friends may make fun of him for enjoying the pain, but he loves it.

“It means you’re going to progress, your muscles will recover and your hard work is going to pay off,” he said.

Dennis Fairall, his longtime coach, is a constant example of unwavering perseverance

for Bellemore.“He is a huge influence on me, especially in the last couple of years,” Bellemore said.

Fairall, who has been his coach since his first year in university, has a degenerative brain disorder called Progressive Supranuclear Palsy (PSB), which impairs movement and balance and is slowing him down. Bellemore said that seeing the adversity his coach faces is a huge reminder of strength when things get tough.

“If he can still get around and coach me despite his body slowing down, yet he still enjoys it,” Bellemore said, “it really puts everything in perspective. I mean, I’m only running.”

Bellemore also trains alongside Olympic runner Melissa Bishop, who is one of his role models in the sport.

“I’ve said this before—they both have been everywhere I want to go. The expertise that they have is insane. I’m a complete sponge for their knowledge,” he said.

For Bellemore to make the Olympics in 1500m, he has to meet the three- minute-and-26-second standard in a race before June 2020 and be in the top three fastest times during the tryouts. He said he will spend 2018 making as many Canadian Track and Field teams as possible and running as many races as he can.

“I call it tunnel vision—you can’t let the outside things distract you,” he says. “If you really want something you have to lock in and focus.” The tryouts are fast approaching and Bellemore, literally, will not let anything slow him down.