Author: Jesse Ziter
2 years ago
|
No Comments
Share On 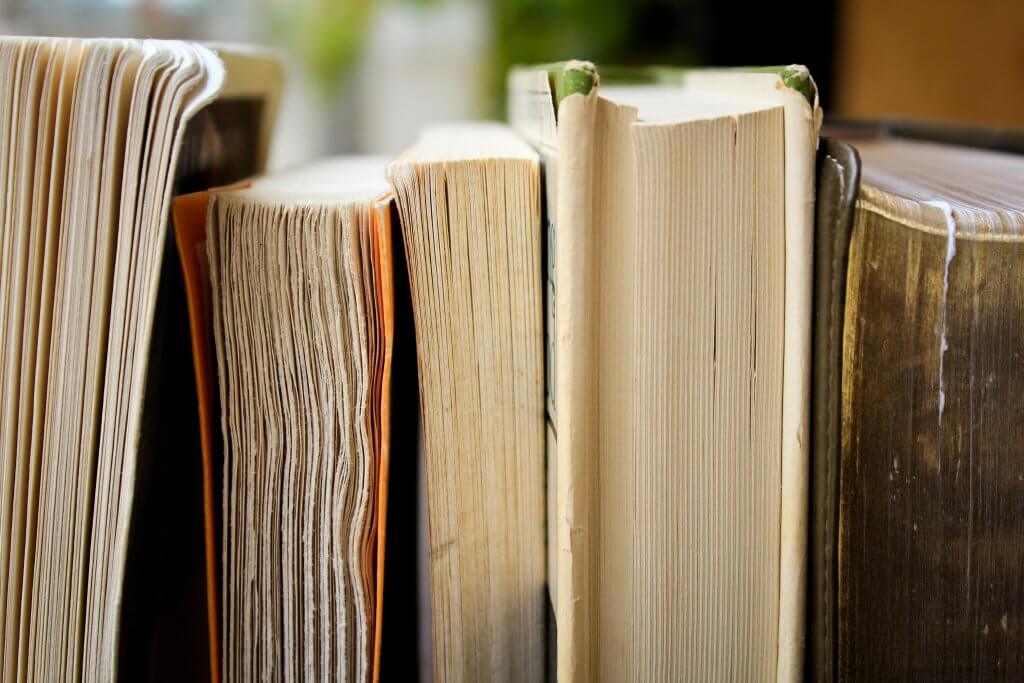 The Drive reached out to four prominent Windsor-Essex booksellers to unwrap a short stack of new reads from authors with local ties. If you’re looking to stuff a couple stockings or meet a new quarantine cuddle buddy of your own, keep reading to, well, keep reading.

River Bookshop, a highly visible, intentionally designed space in downtown Amherstburg, represents the most significant investment in area bookselling in several years. More a community endowment and passion project than capitalist concern, River belongs to Richard Peddie, former president and CEO of Maple Leaf Sports and Entertainment. Born and educated in Windsor, Peddie now splits his time between Amherstburg and Toronto.
We reached out to lead bookseller Lori Wightman, who was happy to recommend two very different but similarly compelling 2020 releases.

According to Wightman, the young hockey player in your life will surely love Bobby Orr and the Hand-Me-Down Skates by Tecumseh native Kara Kootstra and NHL legend Bobby Orr. Published this September by Tundra Books, a Penguin Random House Canada imprint, the accessible 40-page picture book tells the true story of the relationship between Orr and a once-in-a-lifetime pair of hand-me-down skates he wore a child. Pitched at children between four and eight years of age, the sentimental, inspirational story is illustrated by Jennifer Phelan, a Canadian illustrator who calls both Montreal and Toronto home.

A University of Windsor graduate, Kootstra is a lifelong hockey fan, mother of two, and classically trained singer and pianist. Koostra was introduced to Orr after her father, the well-connected coach, author, and educator Vern Stenlund, ghostwrote his autobiography. Stenlund had a cup of coffee in the NHL himself in the 1970s before spending the better part of three decades as a professor in the University of Windsor’s Faculty of Education.

Kootstra’s fruitful working relationship with Orr began with 2014’s The Boy in Number 4, a semi-fictionalized retelling in rhyme of Bobby Orr’s personal story. She released the middle-grade illustrated children’s novel Jay Versus the Saxophone of Doom, which also focuses on a young hockey player, in 2017.
Bobby Orr and the Hand-Me-Down Skates is arguably Kootstra’s highest-profile work yet. “It’s the most adorable book ever,” says Wightman.

A zeitgeisty reimagining of contemporary Western myths, Hench tells the story of Anna, a relatable heroine navigating the quintessential millennial experience of unsteady employment under ethically questionable overlords. A young spreadsheet wizard, Anna discovers, after being injured by a superhero, that the societal impact of caped crusaders is more complicated than we’ve been led to believe.
Zina Walschots was born in Essex County and graduated from the University of Windsor. She currently lives in Toronto. A prolific writer and journalist, she has bylines in The Globe & Mail and The Walrus and has otherwise worked in television, video games, and the not-for-profit sector.

Walkerville’s Biblioasis is, frankly, the finest bookstore in Windsor, and the only bookseller in Essex County with substantial selections of both used and first-run new books. While the store is associated with Biblioasis Press, a genuinely important literary concern that publishes internationally recognized poetry, fiction, and non-fiction, it maintains a diverse, thoughtfully curated inventory of popular, scholarly, and antiquarian book from around the world.
We spoke with assistant bookkeeper Scarlet Kennedy, who surveyed the Biblioasis staff for recommendations.

The shop’s first selection is Stoop City, an excellent collection of new literary fiction by Kristyn Dunnion. Published by Biblioasis in September, Stoop City is a series of short stories exploring broad themes of belonging and identity while unpacking our modern relationships to community—in every sense of the word. Dunnion’s inventive, often tenacious stories—some of which are set in Essex County—deal with topics like religious guilt, gentrification, romantic relationships, and the politics of urban living. The work has attracted adjectives like “merciful,” “naked,” and “tender” in the literary press, and Kennedy calls it “gritty, and a bit sad, but funny and hopeful.”
Stoop City is the sixth book of fiction from Dunnion, who grew up in Essex County but currently lives in the Davenport-Perth neighbourhood in Toronto. Away from her writing, Dunnion is a powerful public speaker, educator, and activist. She particularly advocates for access to healthy food, works to amplify the voices of at-risk and queer youth, and supports homeless or marginally housed adults with serious mental illness. A self-described “queer punk performance artist,” she played bass in the Toronto-based bands Heavy Filth and Bone Donor.

Kennedy and her colleagues are also excited about the true crime history Watching the Devil Dance by William Toffan. Subtitled How a Spree Killer Slipped Through the Cracks of the Criminal Justice System, the book tells the harrowing, often bizarre true story of Matthew Charles Lamb, Canada’s first known spree killer, who became responsible for one of the bloodiest nights in Windsor’s history in June 1966.
Also published by Biblioasis, Watching the Devil Dance is a local-interest piece with far-reaching national implications. An agonizing, often illuminating read, Toffan’s tale is essentially a tragedy, which unfolds in locations as near as Ford Boulevard and as far away as Rhodesia. Over 224 taut, tense pages, Watching the Devil Dance foregrounds the historic failings of the 1960s criminal justice system, many of which still reverberate today.
Toffan, a retired history teacher and veteran of the Royal Canadian Mounted Police, lives in Windsor with his wife and four children. This is his first book.

Maiden Lane’s Whiskeyjack Boutique is a carefully stocked and staged one-year-old gift shop on downtown Windsor’s cutest street. Focusing on Canadian-made gifts, souvenirs, stationary, and home goods and cared for in the style of something you might find on Detroit’s Canfield Street or, yes, in Toronto, Whiskeyjack stocks a limited selection of Canadian fiction and non-fiction, including titles from local publishers like Biblioasis and Palimpsest Press.

Co-Owner Allison Mistakidis introduced us to Lone Jack Trail by Owen Laukkanen, a criminal/political thriller published by Mulholland Books, an imprint of Little, Brown. (Full disclosure: Allison is a personal friend of mine, and a lovely person in general.)
According to Mistakidis, Laukkanen’s latest, released in August, is perfect for readers who enjoy propulsive, high-quality crime fiction and dog lovers alike.
Lone Jack Trail tells the story of trainee sheriff’s deputy and former U.S. Marine Jess Winslow, a traumatized Afghanistan veteran bound to her devoted service dog, Lucy. After the body of a hometown faded celebrity literally washes up outside Deception Cove, Washington, Winslow’s life is upended when her own boyfriend, Mason, emerges as the prime suspect.
Born in Vancouver, Laukkanen moved to Windsor as a toddler and spent his childhood and high school years in Walkerville. Today, he and his rescue pitbull divide their time between Vancouver and Prince Edward Island. Now a young master of suspense, Laukkanen is a former professional poker journalist and commercial fisherman.

At Ottawa Street’s Storytellers, owner Linda Ward has built a five-years-strong independent business on inclusivity and value. Perhaps Essex County’s most-easily-overlooked bookseller, Storytellers makes a point of offering its wares below manufacturers’ suggested retail prices and provides community-focused services like complimentary personal shopping and home delivery for seniors.
Essentially a one-woman operation, Storytellers stocks a wide variety of titles for adults and children of all ages, including first-run bestsellers, genre fiction, and a variety of non-fiction. Ward’s deceptively large, fully accessible uptown space also offers book-adjacent items like board games, educational aids, any number of Harry Potter–branded products, and what must be one of Essex County’s largest selections of puzzles.
Significantly, the neighbourhood shop has become something of a safe haven for self-promoting local authors whose work exists outside the conventional North American publishing system. Ward claims to stock books from upwards of 100 local writers at her store on a consignment-free basis.
Ward was happy to provide The Drive with many recommendations, one of which is The Moon Mask by Edmond Gagnon, the first book in a new crime fiction series centred on a detective named Abigail Brown. Self-published by Gagnon this October, the novel branches off from the popular Norm Strom Crime Series, a five-book collection based on characters and narratives Gagnon encountered during his career in law enforcement.
Set in present-day Detroit, The Moon Mask follows a grisly series of events sparked when municipal demolition crews discover the mummified remains of women’s bodies in abandoned derelict homes. Now-retired Windsor Police Detective Norm Strom—Gagnon’s familiar, semi-autobiographical protagonist—becomes involved in a cross-border search for two missing women when local law enforcement realizes a serial killer may still be loose in the Motor City.
Gagnon grew up in Windsor, where he spent 31 years in a variety of roles within the police department, eventually retiring as a detective. Now an avid world-traveller and motorcycle enthusiast, he continues to live and write in Windsor.