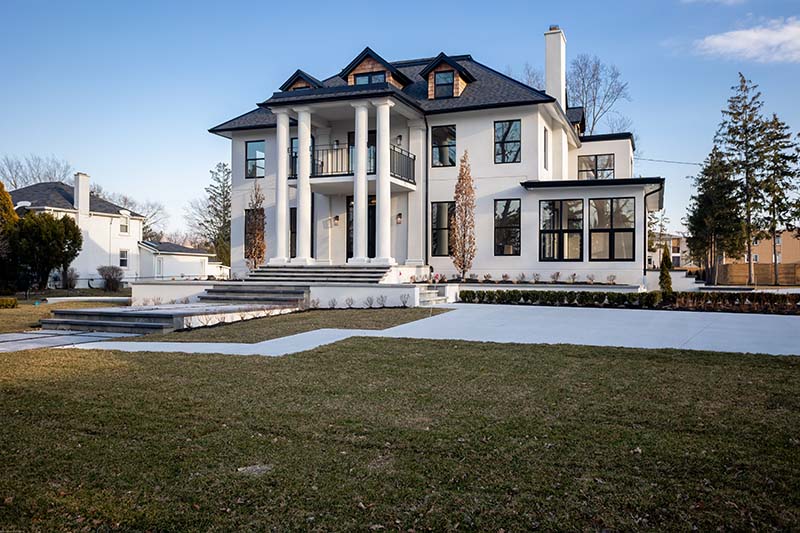 After a momentous transformation nearly two years in the making, one of the city’s most recognizable estates is ready for the next chapter of its storied history.

“I think that’s part of what makes this house so special,” says listing agent Doris Lapico, realtor for Century 21 Showtime Realty Ltd. “We live in a world where everything is a teardown and I think they did such an amazing job revitalizing the home and bringing it back to life.”

The home was originally built in 1905 for Michigan Senator William T. McGraw, a prominent industrialist and real estate owner who was well known in both the Detroit and Windsor districts. The American tobacco industry magnate built the home initially as a summer cottage, later making it his permanent residence and living there until his passing in 1937.

While not officially designated a heritage home, the Senator William T. McGraw House is recognized for its cultural heritage value and was added to the Windsor Municipal Heritage Register with the first group of non-designated properties in 2007.

After falling into disrepair over the past decade, the home was purchased by a local contractor who saw the potential of the stately manor and wanted to restore it to its former glory while introducing more modern amenities. The revitalization project began in early 2020 and quickly took on a life of its own, eventually wrapping up at the end of 2021.

“I love the fact that they took the bones of this house and they believed in it and got it to a level where it’s a piece of art,” says Lapico. “I think the house gives you this stunning gallery space and yet you see the wonder of being able to raise a family here.”

The 6,500 square foot home would indeed be ideal for a growing family, with four large bedrooms, five bathrooms, and plenty of space for entertaining with a relaxed, Speakeasy-style family room and light filled reading room.

“This house has created the most interest ever,” says Lapico. “There’s been a lot of activity on it.”

One of the biggest draws is the ultra-modern entertainer’s kitchen by Joe’s Woodcraft of Windsor, complete with built-in appliances, an extra-large island and pantry, as well as an entryway to a huge stone patio.

Aside from the reconfiguration of the kitchen, the original footprint of the home remains largely intact, although not many of the interior elements were salvageable. Thankfully, the team was able to restore several key pieces, including the main staircase and a gorgeous bronze sculpture on the king newel post that doubles as a unique light fixture. They also managed to refurbish two of the homes fireplaces, saving the original mahogany wood surround as well as original tiling, which was made in Detroit in the early 1900s.

“They kept some really nice elements; those fireplaces and the staircase are really special,” notes Lapico.

The home’s vestibule was restored as well, with the original door and sidelights stripped and refinished. The team even managed to refinish a giant walk-in safe in the basement, taking it safely out of commission and creating a one-of-a-kind sitting area.

The exterior of the property also underwent some substantial upgrades: the ornate columns that frame the front entrance were modernized, and the dormer windows were clad with a natural cedar shake to create a warmer, more organic feel.

“This house is just such a spectacular meld of history, modern amenities, and cutting edge design,” says Lapico’s colleague, realtor Matt Biggley. “When everyone is flocking to brand new, this is like brand new but with such a cool history behind it.”

“I think sometimes people can sometimes misinterpret ‘historic’ as meaning it has to stay the same,” continues Biggley, a former history teacher. “Really history is the story of change and continuity; what stays the same and what continues to evolve.”

“For us, we want to tell the story of this house. If these walls could talk, we want to be the voice behind them,” she says. “It’s more than just a sale for us, which is why we really dug into the history behind the home. As a team, we want to educate people on the wonders of this beautiful property.”

Meta Makers Cooperative a space for every maker