Joe Colasanti looks back on his legacy at 89
Author: Devan Mighton
Photographer: Syx Langemann
2 months ago
|
No Comments
Share On 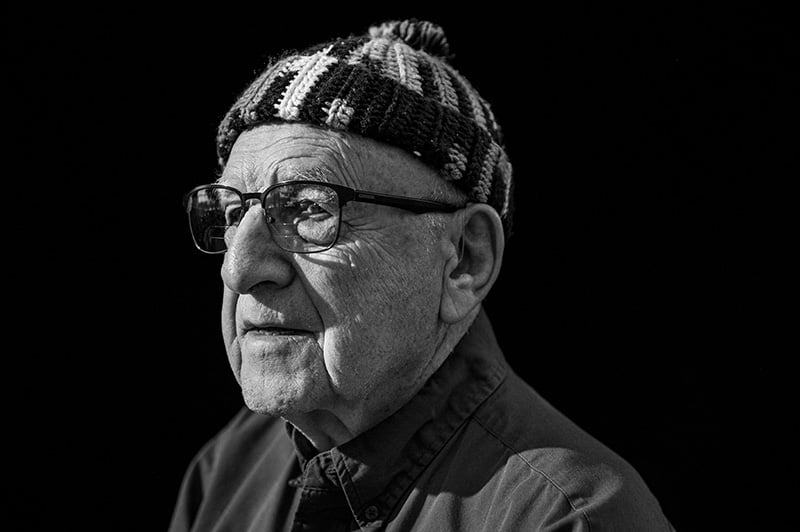 In 1940, Aleutario Colasanti, a 38-year-old Italian immigrant, purchased a small farm outside of Leamington, Ontario. For his seven-year-old son, Joe, this would become his legacy.

“I’m the oldest; I had two brothers and a sister,” recalls Joe Colasanti, 89 years old, and still a fixture at Colasanti’s. “When my parents bought this, it was just a piece of land, a house, a barn, and a team of horses. Back in 1940, that’s when we started here—and we’ve built it up since then.”

“Back in those days, you started working almost as soon as you could walk—and, you know what, it didn’t hurt me a bit. You hear a lot of people say that, if I go to work, I’m not going to live long. Well, my dad worked very, very hard and he lived to be 96. I’m at 89 and I’m still going.”

Colasanti is the lifeblood of the family legacy, having been there since day one. He still recalls fond memories of the early days and the joys of working on the family farm.

“I loved working with the horses,” reminisces Colasanti. “We used to farm with horses, so you’d get up early in the morning and you’d feed them, you’d put the harnesses on, and you took them out and hitched them up to whatever piece of equipment you were using that day. That was quite a thrill.”

Nowadays, his son and grandson, Lee and Lee Jr., are running the show, but Colasanti’s Tropical Gardens has always been a family affair. Colasanti, who suffered a stroke in August, but no matter what the circumstances, the help of his family has always got him through.

“Whatever I’ve done, I couldn’t have done alone,” he states. “I’ve always had my family behind me.”

“It’s a pretty good feeling because everybody that’s helped in running the place is a part of it, so you know everybody is going to try and make it go the way it should go.”

Colasanti’s has always had strong ties to the community and for many in the Leamington and Kingsville area, working with Joe was their first job.

“It’s amazing how many times I run into somebody and they say, ‘I used to work for you 20 years ago,'” he explains. “I’m from the old school, and anytime I had something to do with employees, I tried to make them learn it the way things are supposed to be.

“I have three things I live by, they are service, quality, and value. You go out of your way to give good service, and you make sure what you’re doing is not garbage, and make sure you aren’t charging $20 for a $10 item.”

Colasanti takes great pride in his ability, over the years, to accommodate his customers and to make them feel at home.

“I think part of it is that we try to have stuff here that will satisfy people from the smallest kid to the oldest person,” he says. “There’s something here for everybody. Right now, there’s a family walking in, they’ve got four little kids. They’ll be playing mini golf later or going to the arcade and they can run loose. You don’t have to just sit them at a table, and they sit there until you’re ready to leave.”

“I just treat other people like I’d like to be treated myself. That’s part of what I’m all about. They [would call me] ‘Never Say No Joe’. If somebody wanted something, I would try to go out of my way to satisfy them. Many times, I could have said, ‘I’m really sorry,’ or ‘you’re going to have to come back another day,’ or ‘I can’t do it right now, I’m busy.’ I always try to make time for anybody that needs something.”

Colasanti likes to make memories for his patrons and one of his ways he used to accomplish that is by gifting small cacti to children who visited on bus tours. He says that, years later, people still approach him telling him that their cactus is alive and is still a reminder of his generosity.

For his part, Colasanti is content to keep working. Treatment for his stroke was successful, and despite a bit of fatigue in the aftermath, his enthusiasm for people still shines through as he greets them while they enter Colasanti’s Tropical Gardens. “I plan to stay here until they have to carry me out, I guess,” he states. “It’s not like working for a big corporation or something, where you’ve done your time and you just walk out and forget about it. When it’s something that you helped build, it’s pretty hard to walk away from it.”