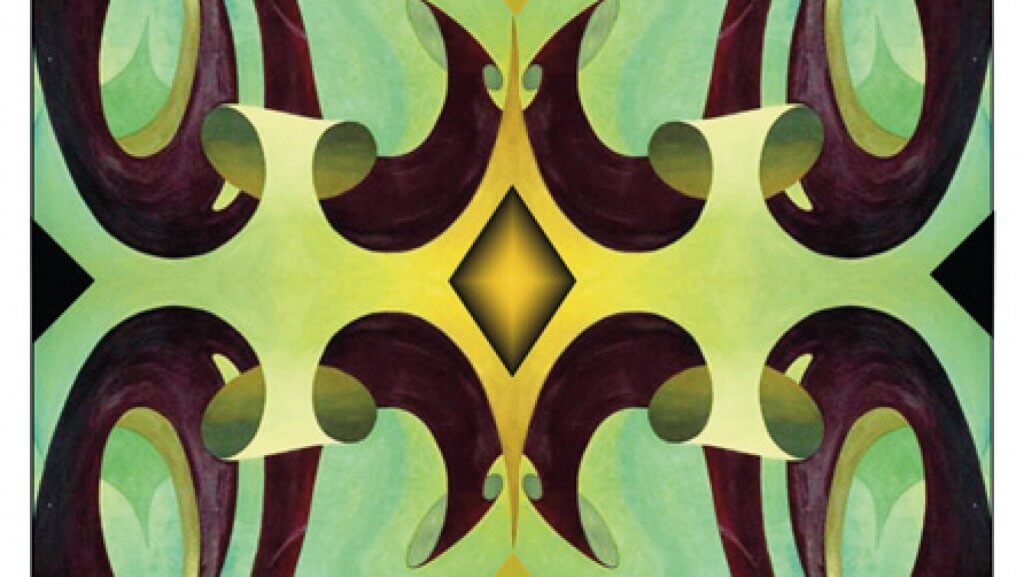 Technology has drastically changed the lives of artists in the past 10 years. With digital software and social networks, artists create and audiences interact in different ways. Below are three artists who use technology as a vital part of their art practice

Based in Toronto, video performance artist Maya Ben David believes she wouldn’t “have much of an art career if [she] didn’t have technology.” In her practice, she first creates a character and a universe for that character, then explores them and their world by drawing, making a video, and “expressing their personality online.”

Cosplay (costume play) roots itself in dressing up as recognizable characters from mainstream popular culture, but Ben David creates her characters from scratch. “I always felt a little outside of cosplay even though I consider my costuming to be cosplay.”

Maya created her first character, Air Canada Gal, after she had been interested in anthropomorphic airplanes. “There’s a community online where people draw sexy airplanes and I liked how well an airplane lent itself to having breasts and curves and she could be this enormous beautiful creature in the sky like a whale.”

After noticing that in airplane cosplay all countries except for Canada were represented, Maya decided to create Air Canada Gal and made her first video. Inspired also by music, she had Air Canada Gal posing and moving to the jingle of selloffvacations.com

She believes, “sometimes contemporary art can be overly intellectual, and missed out on the magic that the masses enjoy, like Marvel movies. I want to appeal to people outside of the art world.”

Platforms like Instagram and Vimeo are pivotal in the distribution of her art. “I’ve had connections with other friends on the internet for years and we watch each other’s art practice grow and I don’t think I could’ve done the same thing if it was in a gallery. It would have felt a lot different.” You can find Maya’s work on Instagram @maya.bendavid. (Her video performance of Air Canada Gal is also currently being shown at Artcite Gallery.)

George Chaama is over 90 years old and still creating visual art from his home in California. Before the computer, Chaama used different mediums to “realize” his works but as he’s gotten older, his hands began to hurt and their mobility diminished. Now he uses Microsoft Publisher to produce all his digital designs.

“As a member of Facebook, I spend my time browsing photos daily. Some of them attract my eyes and I enjoy modifying these photos in a way that is completely different from the original. Each photo takes up to 45 minutes. I use Publisher to create designs that come to my mind and it could take me hours to produce an original digital design.”

For Chaama, there are endless possibilities when it comes to being inspired by the world—having technology and the use of a computer allows him to continue his art as a hobby.

Dayna Wagner has run her company, The Pottery Cupboard, for the last 15 years, and it hasn’t always been easy. “I cried for the first five years, but I kept going.”

Wagner and her husband were both engineers until one day the two looked at each other and asked, What do you wish you were doing with your life? “And we just started investigating, both of us, and I took a pottery class and I was like, this is what I want to be doing.”

With only a quick crash course at Haliburton School of the Arts, Wagner calls herself mostly “self-taught” and has been in her studio every day since. Wagner started out on a kick wheel and a manual kiln. But after two years, she realized she needed a technological fix.

“Without the computer-controlled kiln, it’s manual, so you have to manually turn the temperature up on the dials. I wouldn’t have been able to have a family life and sit by the kiln for 13 hours with the process of cooling up and cooling down. I have more control with the computerized kiln.”

Wagner also uses a pugmill, a machine where she puts the extra trimmings and reuses the clay. No clay goes to waste, and the pugmill also helps ease the stress on her body.

Techno spaces like Facebook and Instagram have also “changed the scene” of her work because people can tag her work and spread the word. She has contracts across the country and is booked for the rest of the year.

“Fifteen years later I have a kiln to open and I’m still excited to open it.”

You can follow Wagner on her social media accounts and order her work online or purchase at Whiskeyjack Boutique.