For Noah Fleming, an internationally successful business marketing coach and consultant, the grass isn’t always greener...except when it is.
Author: Jesse Ziter
Photographer: Heike Delmore Photography
4 years ago
|
No Comments
Share On 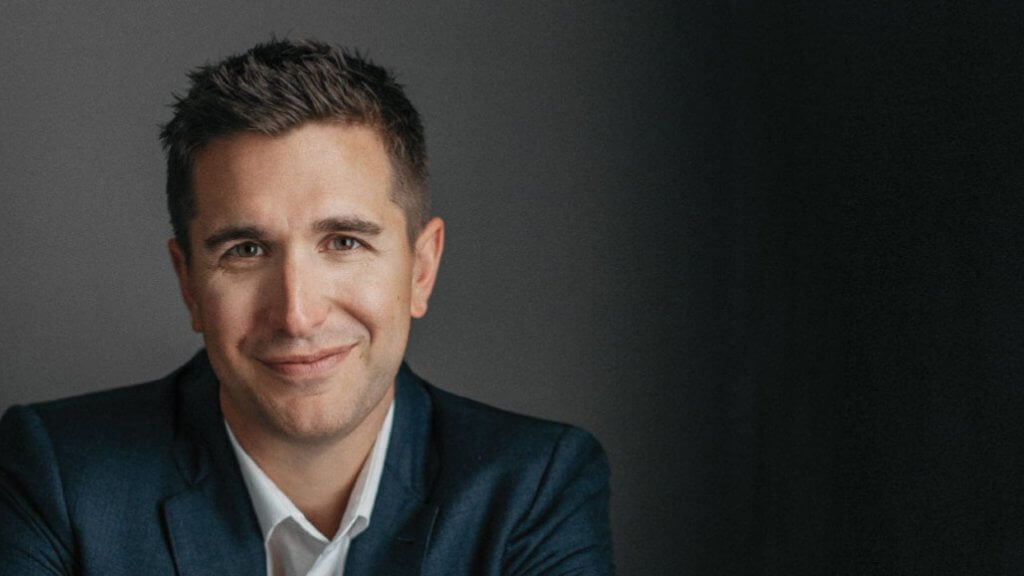 A budding entrepreneur before he could spell the word, Fleming had noticed that boats would congregate for hours at a time around the marina in his hometown of Port Colborne—a Niagara Region border community quite similar to his current Kingsville base in size, lifestyle, and proximity to Lake Erie. Naturally, he started building his first nest egg on warm-weather weekends by slinging sodas to the thirsty boaters who had limited options otherwise.

“My mother would take me to the grocery store, and I would buy soda and ice, fill the cooler, and pull a red wagon around,” Fleming recalls fondly. “On a Saturday morning I would make 50, 60, 70 dollars.”

Then as now, he understood the benefit of effectively writing his own paycheque. It’s nice work if you can get it.

Today, Fleming is a fresh-faced 38 and still in business for himself. A successful marketing coach and consultant, he helps businesses around the globe attract, service, and keep customers by avoiding some of their own worst inclinations. Fleming Consulting & Co., his one-person operation, boasts a client roster that reads like a list of international capitalism Mad Libs: a large manufacturing client in New Zealand that supplies the greenhouse industry; a billion-dollar oil and gas concern working in Texas and California; an online-only guitar manufacturer; a Broadway theatre company; the Washington Capitals. It goes on.

While these businesses might have few surface-level similarities, they all have customers. “What I’m finding is that it all translates,” explains Fleming, who relocated to Kingsville as a high school senior. “A lot of the time, companies need that outside set of eyes. You have to invest in your company’s growth to get better. That doesn’t always mean new equipment. It means expertise, knowledge, and best practices from other industries.”

Fleming’s 2015 book Evergreen: Cultivate the Enduring Customer Loyalty That Keeps Your Business Thriving, firmly secured his roots as a “thought leader” in the customer retention space. Its provocative thesis renegotiates the popular metaphor of the “leaky bucket”—in which unsuccessful businesses prioritize attaining large customer volumes only to watch them gradually drip away—in fresh, arboreal terms. In his version, it’s better to be an “evergreen” company capable of retaining its customers than a transactional, fly-by-night outfit that sheds them every few seasons. Put another way: most organizations are addicted to sex as opposed to looking for love, which is to say they eschew stable, mutually beneficial customer relationships in favour of the thrill of chasing new business.

“You have to treat every engagement like a relationship,” says Fleming, who certainly practises what he preaches. “If there’s a legitimate opportunity for us to work together, I will get on a plane and fly out to see you, on my own dime. If you’re asking somebody to invest money in what you do, you have to be able to invest money in that trust.”

Fleming has certainly invested in himself.

A decade and a half after divesting himself of the soda operation, Fleming left the University of Windsor with a Communications degree and a penchant for sales and marketing. The world, so he thought, was his oyster—or at least his marina. Ultimately, after a year and a half of searching, Fleming landed in an entry-level role at the Downtown Windsor Business Improvement Association, eking out nonprofit-level paycheques from a windowless room. Barely in the job long enough to get acquainted with the office photocopier, Fleming sat down in his new home with his new wife to propose a radical new career in consultancy.

For a while, Fleming picked up piecemeal contract work for small Kingsville businesses like Jack’s Gastropub. He’d take on “anybody and everybody willing to write me a paycheque for helping with their sales and marketing efforts,” he explains. “I kind of bumbled along. As I was coming into my thirties and my wife and I were starting to talk about children, I had this feeling that I needed to get serious about this and build a legitimate business.

“I took a huge gamble and leap of faith,” continues Fleming, who’d recently stumbled upon Alan Weiss’s startlingly large library of Million Dollar Consulting books. “I invested about $40,000 my first year for help in trying to build this consulting practice.”

Today, Fleming estimates that 99 per cent of his business originates from his “Tuesday Tidbits” newsletter, which lands in more than 30,000 executive-level inboxes each week. He never, ever misses a week.

Weary of ending up adrift in a sea of soul-sapping LinkedIn influencer #content, Fleming sets out every Tuesday to craft a uniquely vulnerable promotional vessel by couching his business tips in specific stories from his own life. Today, he’s confident the quintessence of his success is something along the lines of what every small business owner will call “the personal touch.”

“When somebody reaches out to me, they feel like they know me,” he explains. “They know my kids’ names, they know the trip I was on or something that happened to me recently. There’s no possible way that you can build a relationship with somebody if the only time they hear from you is when they’re asking for money.”

While it’s not exactly a noted technology hub, Kingsville nevertheless provides Fleming with the perfect platform to run a home office while doubling as a sort of breakfast-making, school-run-shuttling superdad to his two children, ages five and eight

“Being home is definitely a priority for me,” says Fleming, who has that annoying successful person’s habit of starting his days at 5:30, reading until the lights come on elsewhere in the house. “But, if I need to be in California tomorrow, it can be done.”

For now, there’s still time for his daily trip to the gym and a couple of client calls before he meets the school bus at the end of his driveway.

Fleming can’t help but smile. “I look at everybody who works 9 to 5 in an office, and I can’t imagine how they can do it all.”