Luis Mendez – The Path of Most Persistence 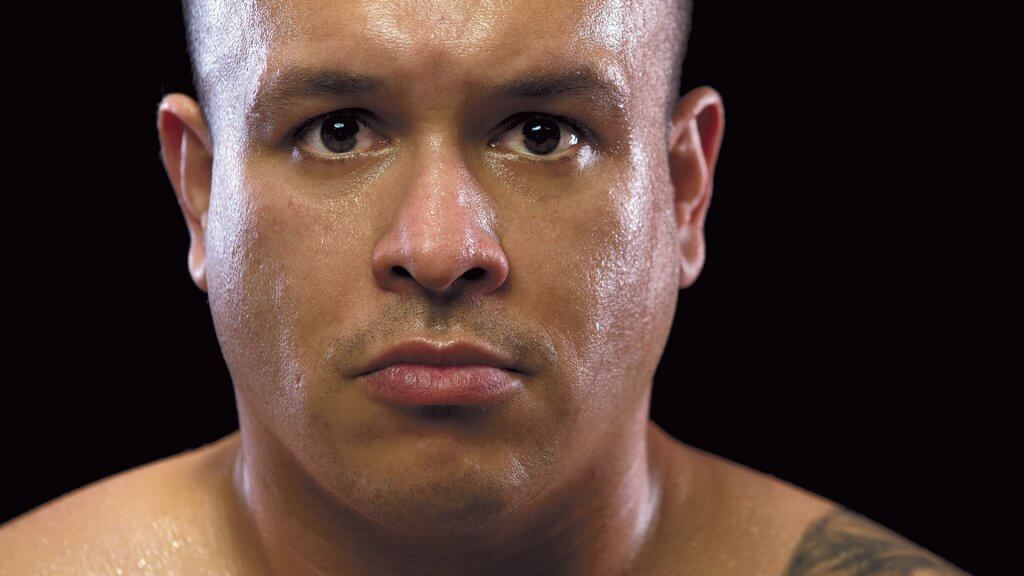 On paper, Luis Mendez had it all: a beautiful, growing family; a good job. But after eight years in the fitness industry—working every job from reception, to trainer, to sales—Luis found himself stressed and tired and questioning the direction of his life. For a man whose family means everything to him, he realized he was sacrificing all of his time with them for a career that wasn’t fulfilling him.

“There I was in the fitness industry,” Luis recalls, “and I’d never been in worse shape. I had been a two-sport athlete in university—football and track and field—but I’d gained weight, wasn’t eating right, drinking energy drinks.”

Then, in June 2013, he took his family to his birthplace, Venezuela, for a vacation. After two weeks of reconnecting with his roots and recharging his batteries, it all came into stark focus. It was like a weight had lifted off his shoulders. He was enjoying time with his family and he was taking care of himself.

Then he returned home.

“My first day back to work, within hours of stepping through the door, I knew I needed a change,” Luis says. He says it was like an out-of-body experience, a fierce feeling that he needed to change his life.

“It was part miracle, in a way,” he says. “Working for someone else’s plan made me realize I want it done my way. I wanted my own gym.” It wasn’t just his business instincts that had kicked in, but his paternal ones: he wanted his children to aspire to something more than what he was doing. And if this wasn’t a life he wanted for his children, he didn’t want it for himself, either.

Luis spent the next six months researching how to make that happen, and in January 2014, with his wife cheering him on, Luis made the leap and resigned from his job. People thought he was crazy.

“All that mattered was that my wife supported me,” he says.

“One day, I looked around the gym and realized, ‘It’s all on me to keep this going. I am Head Office, now.’” Luis learned how to clean the gym equipment. When it broke down, he learned how to fix it.

He even figured out how to reupholster seats, and leg- and armrests. He had become his own boss, but that also meant that everything that needed to be done would fall to him. He didn’t see this responsibility as a burden, though—it was one he embraced, because it meant he was working for himself, not someone else, which was the model he wanted for his children.

Luis readily attributes his success and sustainability to his staff.

“I don’t think of my staff as employees, but as associates. As an employer, I want to provide a workplace where they feel that they have a voice that will be heard. I’ve worked every position in a gym and I know that frontline people see and hear everything.”

Within a year of opening True Fitness on Tecumseh Road East, Luis wanted a second location, and after spending a long time securing financing while navigating through a nettle bush of zoning laws—including having to plead his case before City Council — he secured his location on Ouelette.

However, in the midst of all the hassle it took to get his second location going, he had taken his focus off the first one, and that distraction had consequences. “I lost some good people at my first location because I just hadn’t been there for them,” Luis says. “That experience, alone, made me look at how I do things.”

Luis is now more focused on his employees and what they need. Four years after he made the leap, he knows it was the right decision on every level. For him, the most important part is enjoying being a family man again. “I see my family more, I have a lot less stress and I don’t feel under pressure. For years I was sacrificing my true career for a paycheque, and that was never going to pay off for my family.”

Luis is finally where he’s always needed to be.

Artisanal Cheeses and the Cheese Bar