Quality brands crafted in India and brought to Windsor with a social and sustainable mission to give children a proper education
Author: Alley L. Biniarz
Photographer: Syx Langemann
4 years ago
|
No Comments
Share On 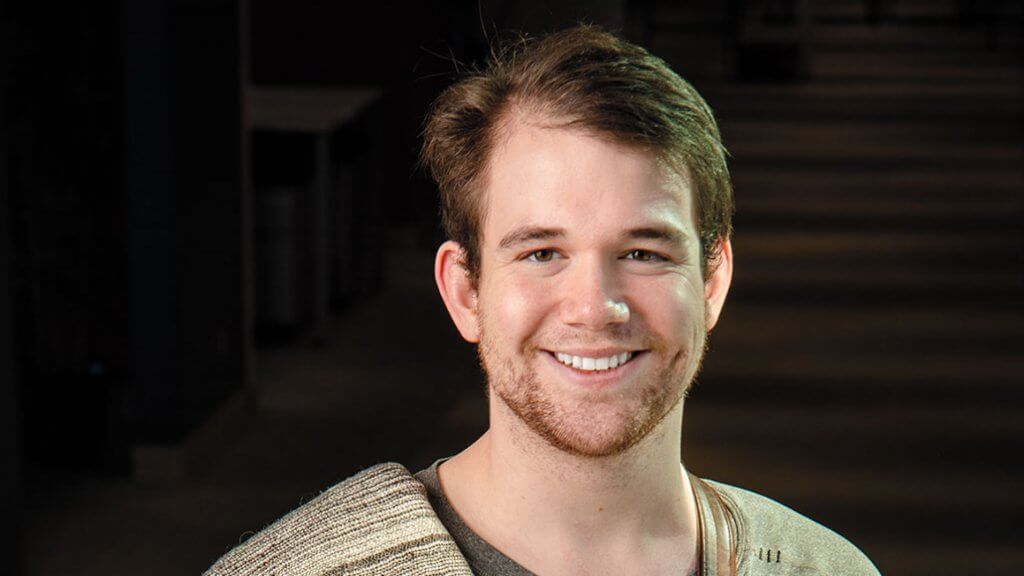 Back in October I celebrated my 25th birthday

My partner and I had decided earlier last year that we wouldn’t be doing gifts for the foreseeable future, unless it was an experience or if the gift had an environmental or social benefit attached. So I wasn’t expecting anything

When I woke that birthday morning to see a pretty recycled bag waiting for me, I wanted to stand my ground but still, a part of me gave me away. My eyes glistened like those of a child’s on Christmas morning. Who doesn’t love gifts, after all?

As I devoured the packaging I came to find a blue silk-blend scarf with flows of orange, purple, and a dancing elephant pattern to finish. I pressed the soft material to my face, amazed at the quality

Before I could protest, as if he could read my mind, my partner began telling me the story of the scarf.

This was the first time I’d heard about INpact Collective

As it turned out, the scarf wasn’t just a gift for me—it was a gift for a child in India who wanted to attend school but whose family didn’t have the finances to send them. With the purchase of this scarf, they would receive necessary supplies and funding for after-school activities such as dance, sports, or arts.

The social enterprise, INpact, saw an opportunity to bring sustainably-made goods from India right to Windsor. And as a promoter of sustainable gift-giving and social change, I knew that I had to meet the founder in charge of the program to hear his story

Dylan Verburg and I met at EPICentre at the University of Windsor, where he is currently part of the Venture Start program. This isn’t Dylan’s full-time gig though; he has a background in environmental engineering and is currently finishing his master’s degree

His engineering is what brought him to India in the first place.

Dylan’s total time spent working in India was five months – one trip of 3.5 months and another for 1.5. He lived in South Delhi during his stay but worked on a sewage lake as a water treatment researcher in Sonia Vihar. Here, he met a family of three children who lived with their mother – their father had passed away five years earlier from alcoholism

Their language barrier prevented deep conversations—anything more than a ‘yes’ or ‘no’ question was out of reach—but Dylan had to know why?

“I wanted to help send them to school but I knew nothing about the Indian education system,” Dylan says. “I knew this was going to be hard, but I really loved the little guys.” In order to research, Dylan would need to converse with families. But there was still the trouble of language, and this is when Dylan paired up with Aditi

Aditi chooses to have no last name, even though she’s from the top caste (Brahmins). This is an uncommon practice, where she had revoked the name as a protest to the caste system

Aditi is a creative writer with a master’s degree and can speak five languages. She uses her previous status as a way to help others, and Dylan knew that Aditi could really get the idea moving in the right direction.

Dylan came to discover that his host family had had a scare where the eldest child was almost kidnapped on the way to school, and out of fear, the parents kept him home. The result was probably going to be inevitable in time—with low-income families in India, the family makes better money sending the child right off to work

“A lot of kids want to go to school—it’s not like it is here,” says Dylan. “They have fun, hang out with friends, and are excited about it. They know it’s a chance to live a good life. That’s the reality with poverty; you’re only getting out if you have an education.”

Once he had the “why,” Dylan needed the “how.” How would he raise the funds to send these kids to school?

Walking through the markets of Delhi, Dylan noticed the stunning goods that came from the hands of Indian crafters: leather bags, shawls, scarves, and home décor. We mainly know India for their teas and spices but this was another world of product

“I had to make sure that the products weren’t contributing to child labour. It doesn’t do any good to solve one problem by contributing to another,” says Dylan about his holistic approach to business. These crafters take their time weaving and making, and after seeing the heart that went into the product, Dylan knew he had to give his little dream a chance.

The goods chosen by Dylan and Aditi are sustainably made, as India is very respectful of animals and agriculture. Approximately 70% of their population is vegetarian and animals are given a lot of value. All of the listed prices depend on the time and material spent on the product, and Dylan ensures that everyone is paid a living wage to increase their quality of life

These products have a double impact: with funds going to the crafters and then back to the children

With Dylan based here in Windsor working on the admin side of business and Aditi in Delhi finding brands to send over, the two provide direct sponsorship for children from two families to go to school, and they contribute to already established school programs such as Pehchaan, a volunteer-based school that is active on weekends. The program works to boost children’s confidence with extracurricular activities, all while teaching them literacy skills and basic writing. Another group they support, Navyug, is run by a woman named Rakhi and helps children to compete in the fast-developing market in India by teaching the kids coding and digital literacy

Recently, INpact funds went into donating bicycles to a school learning competition as a way to further the students’ love of learning

The private families that Dylan and Aditi sponsor are both ones who are close to their hearts. Dylan chose the initial family that he stayed with, especially once the kids lost their mother as well; Aditi wrote about the family she chose on the INpact blog

Savitri is a working single mother, whose husband left her and children. He was previously paying for the kids to attend school, and Savitri was left with only 30% of family income, compared to before, and couldn’t afford to maintain the children’s education costs. This is when Aditi met Savitri, and both Dylan and Aditi agreed that INpact would pick up the children’s funding

The two kids were enrolled in a private school and Dylan and Aditi decided it was best not to uproot them. With their father having left, the daughter was devastated, and the brother was already experiencing self-confidence issues to a major burn on his hand. INpact continued to sponsor dance lessons for the little girl and had connected the boy with a local artist to teach him to draw.

Dylan has no background in business, so when he returned home from India he was working 80 hours to bring this—now his thesis project—and his engineering work together. Bringing this company to fruition is just a way for Dylan to use his free time constructively—he says he is still very much an engineer.

“I’m a founder but this is more of a way of giving back. This is a need that I couldn’t really ignore,” he says

This is what inspired the business name: INpact. The word “impact” is how you measure a social change. In this case, the capital IN stands for India. Dylan also says the “pact” symbolizes the promise he made to these children. To celebrate them, to build their confidence, and to help them to get the education they want and need

You can find and purchase INpact items on their website and help drive social change. @inpactcollective