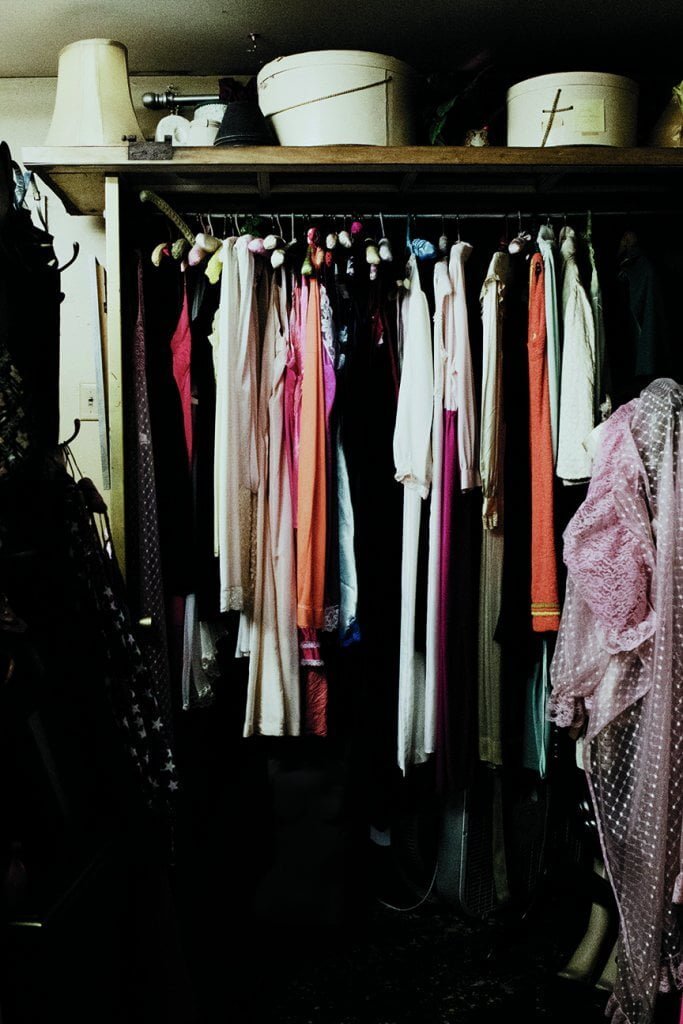 Our accumulation of “stuff” has reached its breaking point. Minimalism is back and the world of retail fashion is taking notes.

While personal fashion tastes vary, a quick appraisal of most people’s closets should reveal a common bond: Most of the clothes we own never see the light of day. They either don’t fit, our infatuation with the stitched and patterned articles of our desire has faded, or they’ve simply fallen out of fashion.

This reality is symptomatic of what economists call ‘fast fashion,’ a somewhat new phenomenon characterized by a steady marketplace influx of rapidly produced and inexpensive clothing tailored to current trends—trends that fuel the retail engine, generate enormous profits and change at the drop of whatever hat is in style that season.

It’s a perverted display of consumerism at its most fickle. But in Windsor, as in many communities across Canada, small second-hand (sometimes branded as vintage) clothing stores, big-box entities like Value Village, and charitable groups like the St. Vincent de Paul Society are helping fashion-conscious Windsorites free up some space in their closets, satisfy their desire to help their neighbours, and keeping millions of kilograms of perfectly good clothing out of landfills.

It’s an altruistic sentiment, but for the owners and operators of stores selling good that are second-hand—or “previously loved” if we want to use buzzworthy vernacular—it’s a lucrative business that delivers a real impact in our community.

Windsor is home to two Value Village locations, four Goodwill donation centres, two Saint Vincent de Paul centres, dozens of donations bins for various charities, and a handful of locally owned second-hand and vintage clothing boutiques. It’s a somewhat unusual number given the size of the city, but there exists in the City of Roses a spirit of generosity that may stem from its blue-collar roots and an economically driven demand that makes second-hand clothing a commodity borne out of necessity.

As recently as 2018, over 39% of Windsor kids were living below the poverty line, with Windsor ranking 15th on a recent list of cities with the highest child poverty rates in Canada. It’s a staggering number, to say the least. For the thousands of local families who represent these figures, second-hand clothing is their only option and can help bridge a social and economic gap that could otherwise seem impossible to overcome.

Thrift stores are minimalist by design. You won’t find any fancy point-of-purchase displays, eye-catching shelves or salespeople poised to deliver a pitch. What you will find are clean, stylish, and affordable clothes that are old to one person but new to everyone else. Even more intriguing is the fact that many of the larger thrift sites donate a more than generous amount of their proceeds to charities, providing a financial fortification from fashion frivolity.

In recent years, the popularity of second-hand clothing stores has experienced a significant uptick as millennials and, to a growing degree, their Generation Z cohorts have discovered the value, rare finds and seas of self-expression inherent to the no-frills stores. The second-hand shopping dynamic plays perfectly into their limited budgets and social conscience as well.

At the same time the digital entrepreneurs, always eager to build upon brick and mortar foundations, are growing an online commercial ecosystem where closet doors are opened with the click of a button and memories of our style whims are bought, sold, traded, and exchanged at a record pace.

The growing digital trade has yet to make any real dent in the traditional thrift shop’s inventory, profits or charitable initiatives. The real threat is from traditional fast fashion brands that are beginning to see how lucrative the used-fashion segment really is. Retailers like H&M have already seen a decline in sales, presumably due in part to used-fashion buyers and have been slow to respond to the trend. However, given the convincing evidence that used fashion could overtake fast fashion by 2028, the big brands are already vying for a seat at the banquet table with plans for branded second-hand online boutiques of their own.

Does this mean the end is near for places like Value Village and Goodwill? Will the St. Vincent de Paul Society and the Canadian Diabetes Association find it more difficult to fulfill their charitable mandates or research goals? Most likely, the answer is no. For now.

Until then, continue to explore the names you know. Clean out your closet from time to time. Donate the items that don’t suit your tastes anymore and support your community while you do it.

Countdown to Christmas: 24 days of gifting