Threads on the Tapestry: What Makes an Eating Disorder? 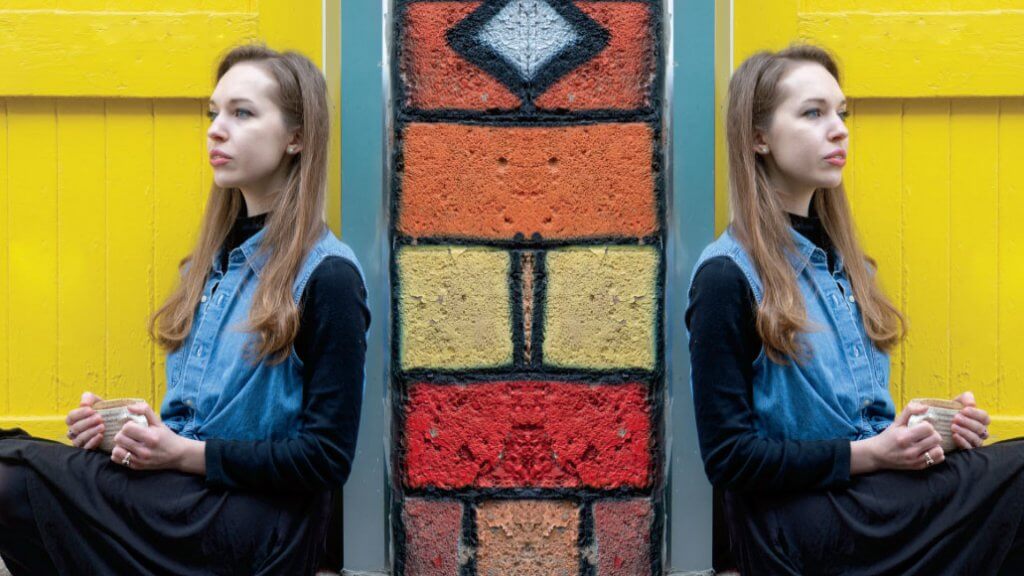 She was on a walk with her babysitter and her babysitter’s daughter, and when the girls got tired, both girls asked if they could crawl into the stroller. The babysitter responded that her daughter could, but Juliana couldn’t because she was “too big.”

Another child may have brushed this off and continued on walking. But Juliana was a quiet and hyper-observant kid, and with this sensitivity came an internalization of feelings.

“I remember sitting outside after that and I didn’t want to go in because I was so sad,” says Juliana

When Juliana talks about this moment in her life, she calls it one thread on the tapestry. If you look at the big picture, it didn’t seem like a big deal. This comment wasn’t the cause of her eating disorder (ED) but it was a contributor

“I had this idea that ‘big’ was bad, even though I didn’t articulate it as a kid. Looking back now, I can see how my brain was thinking in a disordered way,” she says, remembering times where she would compare her own size to her friends’. Juliana found herself thinking, “I’m safe. I may not be the smartest in the class but it’s okay because I’m smaller than the smartest person.”

There is a stigma around young children with EDs, and how they can trigger from a family that is obsessed with food or body image, but that wasn’t the case with Juliana. “There was no major trauma in my childhood,” she explains. “For me, it was just a combination of my biology. Sixty percent of eating disorders are genetic and it runs on both sides of my family, just in different ways.”

The doctors in Juliana’s treatment explained the biological component through a metaphor: the genetic makeup loads the gun, but the environment pulls the trigger

These loaded genetics have a greater possibility of reacting to environmental factors, such as diet talk, “clean eating” fads, and media portrayal of body image

“It’s hard to say this, but genetically my gun was loaded, so to speak,” says Juliana

As a busy athletic family, food was never regulated in Juliana’s house. From the moment she was able to get snacks on her own, Juliana did

“It’s kind of funny. This is where my personality comes in. As a kid who was anxious and who craved structure, I was jealous of other kids who would come home to a set schedule. It plays into my genetic makeup of needing that control and order,” she says

Juliana’s craving for structure made ballet an appealing sport for her to pursue. In ballet, every toe point and finger needs to be perfect

At this point, Juliana was in the eighth grade and there were no visible signs of an ED yet, but she did begin to cut foods out of her diet in the name of “being healthier.”

Many EDs begin as “innocently” as Juliana’s. She would tell her parents that she wanted to be the best dancer she could be and that’s why she was cutting out sweets, high carbs, and calories

That’s how she sold it to them

“People are quick to say, ‘Oh you’re a dancer, that’s why you got sick.’ And I have a problem with that. It’s too simple of an answer. Did it contribute? Sure. Was it the cause? No. It’s another ‘thread’ on the tapestry.”

Ballet was Juliana’s safe zone while the ED grew louder. Juliana explains that these thoughts aren’t “voices” because they’re not separate from her own. She uses the word “thoughts” but it doesn’t begin to explain the intense feeling that’s going on in her head. She says that we would have to imagine the static on the radio turned on. Now crank the radio to full blast. That’s how powerful the thoughts are and how hard they are to ignore

She began actively restricting that summer and exercising more. She would go for runs, do sit-ups before bed, and even move her legs in her bed like she was running. She had these compulsions that she had to fulfill. At school, she would claim to forget something and pace, just to keep moving. She didn’t know what she was doing or why. She didn’t know what anorexia was

Juliana’s parents had suspected a potential ED throughout this time, but it wasn’t until August of that summer during a family trip that it clicked for Juliana’s mom. Having noticed Juliana’s colour turning, her mom panicked and kept repeating, “You’re blue, Juliana. You’re blue.” Even though Juliana reassured her that she was fine, her mom knew she had to call the doctor.

Juliana’s mom got in contact with the only doctor at the time who worked with EDs at the Teen Health Centre. Due to the high demand, Dr. Andrea Steen was completely booked up, and it would take until the middle of October to get Juliana in. At the appointment, Dr. Steen checked Juliana’s vitals and weight and had her sent straight to Met Hospital. But Juliana’s eating disorder protested and told her she wasn’t sick enough. “A hallmark of having anorexia is denial and secrecy. Which is how it can go undiagnosed and hidden for years,” says Juliana

There was only one time where Juliana actually considered that she had an ED, when her ballet teacher pulled her aside and acknowledged it. For a young Juliana, anything her ballet teacher said was law. Even after coming to terms with the slight possibility, Juliana’s ED denied. It didn’t want to be discovered

Juliana cups her one hand with the other, showing how the one covering takes the lead. Even if there’s a thought beneath, the ED thought is in control. Juliana explains that it’s still her thoughts in the background, but the ED will do everything in its power to take over—no matter who it has to destroy along the way

Juliana has been in and out of treatments for 10 years and is very educated about EDs. The knowledge adds to Juliana’s frustration because, as her therapist said, “Juliana can write the book on EDs but is unable to read it.” This further points to her anorexia being an illness and not a choice

Juliana uses her knowledge in hopes of educating medical professionals, since they are the ones on the front line of diagnosing and healing EDs. And after enduring treatments for the past 10 years, Juliana has recognized that they can be quite traumatic

Windsor patients are displaced to London and Toronto, receive ongoing support, and then are dropped back into a life of triggers with little support. Those with anorexia are also treated with punishment-based care, even though it is a self-punishing disease already. And many patients can be turned away from help, as Juliana was, if they have a symptom. Programs often require patients to be at a certain level of health to qualify

“It’s a catch-22. Our systems aren’t where they need to be yet, but people with ED need to access them. Right now, I’m pushing for more programs. The wait lists are so long that people are literally dying on these lists or losing hope.”

EDs have the highest mortality rate of any mental illness and 1 in 10 of them will die from physical complications or from suicide.

“It’s so dangerous because I do go underweight. I can only imagine someone else who doesn’t, fighting for help. Any body weight, it doesn’t matter. It’s an illness of the brain. The weight loss, if there is any, is a symptom of the actual disease happening in the brain. That’s what we need to treat.”

Anorexia doesn’t always require weight loss, as the body is very good at disguising itself to protect its vitals. But someone with an ED can be one binge, purge, or missed meal away from being critical.

The most important component to treatment is acknowledgement. The earlier the ED can be confronted by parents, teachers, or friends, the more likely it is that the person will see a successful “recovery.”

Dr. Andrea Steen, who had worked in the ED field for 25 years, speaks to the necessity of noticing the signs of an ED as early as possible

Many people with EDs start very young, even as young as grade six. When a parent or teacher does see a young person (i.e. someone in their pre-teen or teen years) looking like they’re losing weight, they need to see this as a red flag

A young person shouldn’t be losing weight, they should be growing. If they do things that seem unusual or odd, like making negative comments about body image, not touching sweets, or saying, “this is bad for me,” something isn’t right. If treatment for young people begins early, before the behaviour is entrenched, that’s the best chance of a cure. This can be anything from directly acknowledging it, to contacting your family doctor, to connecting with an ED program. It needs to be the responsibility of a parent/adult who cares about the person, as someone with an ED will have difficulty acknowledging it and seeking the help themselves. The longer it goes on, the more changes happen in the brain, and the thinking becomes more entrenched, making the real recovery is difficult. Dr. Steen applauds small but mighty organizations like BANA (Bulimia Anorexia Nervosa Association) for the continued work they’re doing for our community and for EDs

If you notice any ED behaviour,

it’s never too late (or too early) to find them help.