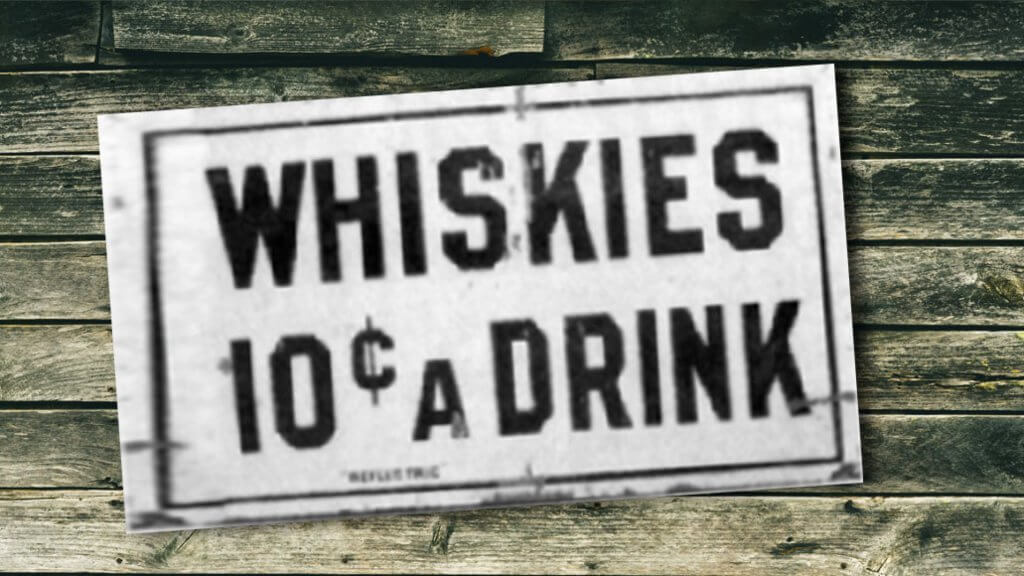 When you get a whiff of what smells like baking bread, you know you’re in Walkerville

Born 160 years ago as employee housing for an aspiring whisky distillery, the hamlet known first as “Walker’s Town,” then officially Walkerville in 1890, evolved into one of the finest 19th-century model towns in Canada. A Detroiter named Hiram Walker was its benevolent dictator; he conceived of everything to ensure the comfort and wellbeing of its denizens.

From well-constructed housing located close to work, to free clean running water and electric lights, paved roads, (long before neighboring Windsor had them), fire and police protection, a public beach, schools, churches, a ferry system to Detroit and Belle Isle, electric trolleys and even a railroad to Harrow, Kingsville, Leamington and all points east—everything was carefully planned according to Hiram Walker’s tenets and decrees.

Walkerville’s success was based on producing an extraordinary whisky. When Hiram Walker purchased the former Antoine Labadie’s farm in what was known as East Sandwich in 1858 and founded his distillery, most whisky was sold by the barrel and was of suspect quality (hence the term “rotgut”). In that bygone era, a gallon of “good” whisky retailed for 40 cents and often even less. Walker believed patrons desired something better.

The market for whisky in Canada was marginal: a census published in 1861 listed our country’s population at 3,295,706. It was the American whisky drinker that Walker was after. In his quest to dominate market share, he became one of the first whisky-makers to use a red-hot iron to “brand” each barrel with his name, and to actually bottle his whisky. His brand-consciousness included labelling one early whisky “Magnolia” after a town in Massachusetts, not far from his birthplace

“Hiram Walker’s mission was to create a whisky that was palatable and social,” said Tish Harcus, Manager and CC Global Brand Manager. “If you were drinking scotch or bourbon, which have big bold flavours, making it through an entire evening was tough. Walker imagined a whisky to sip on social occasions, with a soft, smooth, easy-drinking palette.”

By 1882, Walker’s distillery was producing a whopping 27 different whiskies, including “Walker’s Old Rye,” “Toddy,” “Family Proof,” “Superior” and “Excelsior.” Although these labels attained moderate success, Walker was obsessed with developing a flagship brand to gain world dominance in the whisky arena. Nothing less would do.

He focused on “Three Star,” positioned as a premium brand, promoted for its purity and its distinct aging in the barrel—a full seven years in oak, while American bourbons often aged for less than a year

He renamed it “Three Star Club,” which sounded much more sophisticated, and then shortened it to “Club Whisky,” intending it for gentlemen who frequented finer establishments.

Walker registered “Club” as a trademark for $25, and bottled the whisky in a special pumpkin seed flask, hoping this would secure fame and fortune for his distillery and the fledgling town of Walkerville. The pumpkin Canada Club bottle, which was available for only a short time, is a very rare find today.

According to Harcus, “Bourbon producers used oak barrels only once to age their whiskies; these barrels were then discarded, because the state governor owned a barrel-making business. Hiram Walker purchased these spent bourbon barrels, filled them with Canada Club whisky, and was satisfied with the way these barrels imparted a unique soft, mellow flavour—exactly what he’d set out to achieve. Aging CC for five years was a huge gamble, but soon Canada became the first country in the world to mandate a minimum two-year aging requirement for whisky—a Canadian law Hiram Walker helped to draft.”

And the secret sauce for Canadian Club was the introduction of rye grain to the whisky mash; soon people asked for this unique whisky, referring to it as “rye,” or “Canadian Rye.”

As Walker’s Club whisky became successful in the United States, American bourbon producers lobbied the United States Congress to force Hiram Walker to add the word “Canadian” in block letters to his label, thinking it would diminish his sales. This bizarre law backfired, and soon Walker’s “Canadian Club” enjoyed even greater success.

Walker’s enormous success is also thanks to Queen Victoria and her gout. Ruler of the United Kingdom of Great Britain and Ireland (which included Canada) from 1837 until her death in 1901 at the age of 81, she suffered from painful gout in her later years, and was ordered by her physician to stop drinking claret and champagne. He instead prescribed Canadian Club Whisky and mineral water, in the proportions of four parts of water to one of whisky. Victoria’s son, the Prince of Wales, tested the prescription, liked it, and soon adopted it as his favourite cocktail. Hiram Walker & Sons Ltd. was granted the Warrant of Queen Victoria on September 17, 1898. Queen Victoria’s coat of arms appeared on Canadian Club labels soon after, and remains to this day

Building upon the success of Canadian Club whisky, Hiram Walker launched a beer-making business in 1885. Intent on achieving another successful brand, he backed the Walkerville Brewing Company with the entire wealth of his empire. He installed the most modern brewing equipment of the day and opened a magnificent facility on Fifth Street (now Walker Road) at Wyandotte, at a cost of $180,000 ($5 million today). Walker boasted that his brewing process, using a vacuum fermenting system pioneered by German national C. Pfaudler, would completely revolutionize the brewing industry. Walker’s beers received the highest awards in the category at the Chicago World’s Fair in 1893, earning considerable fame and fortune for the Walkerville Brewing Company. Hiram Walker’s Walkerville beer became as popular among beer drinkers as Canadian Club was among whisky aficionados. The brewery closed in 1956, but was reborn in 1998, though not by Walker descendants.

By 1900, Canadian Rye Whiskies, pioneered by Hiram Walker, emerged as the top-selling whisky category in the world. Canadian Club also became the first Canadian whisky to be distributed worldwide, and was the top seller in the United States. But the 20th century brought enormous challenges to Hiram Walker’s sons, who had inherited the business upon Walker’s death in 1899.

In Ontario, the Temperance Act passed in 1916—spirits, beer and wine could only be produced for export, out of province. Then, on October 28, 1919, the American government passed the 18th Amendment, known as the Volstead Act, resulting in the prohibition of all manner of alcohol throughout the Americas.

Most Canadian provinces went dry as the 18th Amendment came into law. The Liquor Control Act in Ontario (LCA) forbade public or hotel drinking, but did not prohibit the manufacture of liquor for export. This legal loophole set the course for a wild decade unseen before or since

Opposite Walkerville was the big city of Detroit and points beyond—an entire nation with its parched tongue hanging out. It wasn’t long before enterprising businessmen in the Border Cities set up so-called “export docks” to supply thirsty Americans with Made-in-Walkerville whisky and beer. Soon American mobsters organized to gain control of the export business; warfare broke out along the border, making headlines featuring the legendary Purple Gang of Detroit

Walkerville’s booze business therefore flourished throughout the 1920s and Hiram Walker’s town became Ground Zero for rumrunners, who realized they could smuggle legally-produced hooch destined for “export” to Detroit. This ushered in one of the most colourful periods in Walkerville’s history, featuring notorious Chicago mobster Al Capone and local bootleggers King Canada, Harry Low and James Cooper.

Hiram Walker’s town was amalgamated with Windsor in 1935, but is still referred as “Walkerville” by locals. Today, his model town is the gold standard for quality of life within the Essex County region, Walkerville Brewery carries on its beer-making tradition in a Hiram Walker warehouse, and the commercial district has become a popular place to dine, shop and of course, drink

But what of Hiram Walker’s distillery along the Detroit River?

“Currently, Hiram Walker’s distillery is the largest ‘grain to glass’ operation in North America, and still produces Walker’s beloved Canadian Club whisky,” explained Harcus. “We continue to adhere to our founder’s rigorous process; more than 150 quality checks go into the making of Canadian Club whisky, ensuring the highest standards. These days, we are selling so much Canadian Club that we cannot even sell bulk orders. People seem to be rediscovering CC; once you put the liquid to your lips, then the magic happens.”

In the modern era, Canadian Club’s popularity was given a boost by the HBO programs Mad Men (main character Don Draper always keeps a bottle of CC close at hand) and Boardwalk Empire, (the opening sequence features bottles of “Canada Club” floating to shore).

And so the CC legend lives on. Raise a glass to Walkerville’s 160th birthday!