Windsor’s running through their veins 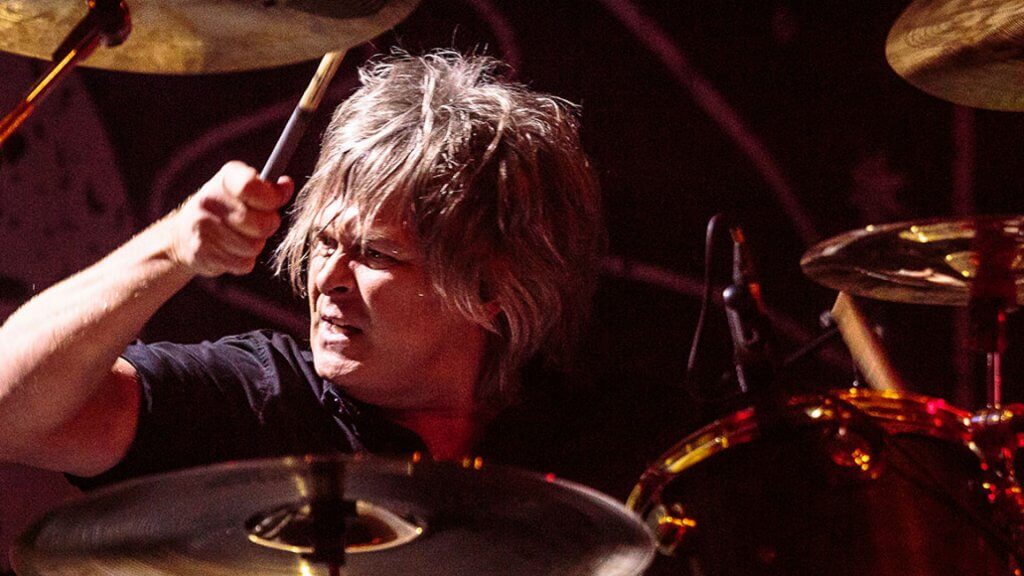 For Jeff Martin, it is as clear as if it were yesterday

As a pre-teen in the late 1970s, Martin would listen to the radio stations that blared classic rock 24/7. The signals of the stations originated in Detroit Rock City, but they penetrated the mind of a kid listening to them on the other side of the river, and soon enough they began to inspire. His obsessions didn’t take long to develop—The Beatles, Zeppelin, The Stones. Soon he was venturing down to the local indie record store, scouring its racks for albums by B.B. King

Some go to university to learn their profession—Martin had his own unique School of Rock, one that coloured his worldview, and his perspective on the music he’d make over the ensuing

“For the band, Detroit rock radio was massive for us,” says Martin from his home in Australia. “Being from Windsor at that time, you didn’t have the Internet or anything and we were pretty much as American as you could get for a Canadian city. To put it into perspective, when we started going to Toronto before we got signed, it was culture shock. The only Canadian band we knew was Rush.”

Those radio stations, playing the classics, were key during the formative years of the three members who would go on to make up the Tea Party.

“Growing up in the Detroit area, the rock radio stations were really good and there were four of them,” says bassist Stuart Chatwood. “In grade five I knew all of Zeppelin inside and out. By the time we were 17 and 18, [Led Zeppelin’s] ‘Kashmir’ was the greatest song of all time.”

Nearly 30 years after they formed, and with the members now scattered all over—Martin in Australia, Chatwood in Vancouver, with drummer Jeff Burrows the solitary remaining Windsorite—the Tea Party continues to show those Windsor influences to the rest of Canada and the world. The band, which reconvened in 2011 after splitting for a few years, appears as vital and popular as ever and the new single, “Black River,” with its heavy guitar riff, has connected with listeners who still value the rock basics that only a power trio can supply. It follows the progression witnessed in The Ocean at the End, the band’s last album, which came out five years ago, and to support it, the Tea Party is heading out on one of its most expansive Canadian tours to date. Windsor—on April 18 at The Colosseum at Caesars—is just one of 35 shows the band will perform across Canada

When three high school friends from Sandwich Secondary School formed the Tea Party in 1990, they were connected to the prevailing sounds of the time—heavy guitar music was just reappearing, led by the likes of Nirvana and Soundgarden—but the band’s interests in other influences, ranging from the blues to world music, set them apart. Not surprisingly, those touchpoints were developed out of the love the band’s members had for classic rock.

“My interest in Indian music started when I was 10. I was a Beatles nut, but only the early records,” Martin says. “When I was 11, my cousin, who was older and liked his extracurricular activities—know what I mean?—he turned me on to Sgt. Pepper’s and he bought it for my birthday. I heard ‘Within You, Without You,’ and I know this sounds really metaphysical, but suddenly I remembered everything. So, I bought anything that had a sitar on the cover. That influence really crept in.”

By the time the band started gigging in Windsor—playing shows at the Coach and Horses, for instance—the group’s members realized the city had its own unique perspective on music. Maybe it was Windsor’s blue-collar background, but local music fans wanted an interesting mix that was a challenge for a young act

“They want you to be real—and not pretentious,” says Chatwood. “But on other levels, people want a show. It was tough sometimes.”

The Tea Party would get pegged as a lot of things over the years. Martin would get compared, largely unfairly, to a modern-day Jim Morrison, and the band would get tagged as some sort of 1990s version of Led Zeppelin. Sure, Martin’s penchant for Les Paul guitars as well as his baritone singing voice made for an easy comparison, but the band was more than just some sort of pale imitation of late ’60s success stories

“Zeppelin were heroes to us—and we’ve never shied away from that,” Chatwood says. “But we didn’t want to imitate.”

Interestingly, in recent years guitar music has made a comeback of sorts with the success of bands like Greta Van Fleet, whose homage to Led Zeppelin is more explicit than it ever was for the Tea Party. Chatwood is quite positive about the Michigan band.

“A lot of people say derogatory things—but our take is that it is just great that rock music is on the radio and young kids are getting into it and are excited by it,” he says. “I’m excited to see guitar music being popular again.”

Not that the Tea Party ever hid their love of classic songs based on the premise of three instruments—guitar, bass, and drums—making the foundation of great music. After all, in early gigs their sets often concluded with a version of The Beatles’ “Strawberry Fields Forever,” as if it had been played by Jimi Hendrix. Now the earliest part of their own back catalogue contains songs older than that Beatles classic was when it showed up in their sets. With that in mind, how does one avoid becoming yet another classic rock band milking the nostalgia of lost youth for a room full of aging fans? It is something Martin has given some thought to. They aren’t some oldies act, he explains, and in fact are more akin to the blues singers he grew up admiring. As those acts aged, their songs adapted with them, and that’s how Martin sees it for the Tea Party

“It isn’t nostalgia,” he says. “The beauty of the Tea Party and the way we play the songs live, every tour we do, we’re different musicians because of the time we spend apart. And we’re all kind of wanting to impress one another with our new chops.

“Take a song like ‘The River,’” he says, pointing to one of the band’s most notable singles off their 1993 album, Splendor Solis. “There are signposts in that song that we know we have to get to together and the same time. But in between those there’s a lot of space we can explore. That’s how we keep it fresh.”

What’s the future hold for the Tea Party? Numerous new songs have been recorded, but neither Martin nor Chatwood are sure the current zeitgeist demands another album. Maybe putting a handful of songs together in an EP makes more sense, Chatwood says, especially considering the band’s catalogue now contains more than 120 tracks, which makes it difficult to work new material into the set. There’s a new single in the works—“So Careless”—part of an EP Martin compares to Zeppelin’s Houses of the Holy in its eclecticism, but after that the future isn’t certain

“You want to hit something that resonates with people,” Chatwood says. “Each night you’re only playing 15 or 16 songs, so the idea of writing 10 new ones for a new record and trying to fit them into a set would leave an audience wanting.”

Martin concurs, but says he’s also looking forward to the next stage in the evolution of the Tea Party. He’s set up his new home in Australia with a studio and accommodations for the band members to come and stay for extended periods of time. “Tea Party Central,” Martin says, “where the boys can come and just live it.” Both Martin and Chatwood are dismissive of the notion that a rock band suddenly has to disappear as its members approach their fifties. After all, the members are now the same age Robert Plant and Jimmy Page were when the Tea Party opened for them in 1995. Plant’s recent work has proven a rock singer can have a creative second act, something Martin appreciates

“One of my philosophies is die young as late as possible,” Martin says. “I have to say I’ve lived a rock ’n’ roll life, but I feel physically and mentally that I’m 30 years old.”

Like the blues acts that initially inspired him as a teenager, Martin sees no reason the band can’t continue to make its unique blend of Eastern-inspired rock for years to come.

“The Tea Party has a decade of integrity ahead of us,” he says. “I look at it like that—10 years from now we’ll reassess.”

He pauses, adding, “There’s still a lot to do.”