KōNA Sushi: Rolling Up Their Sleeves 

A Brand Built on Teamwork, Innovation, and Gratitude.
Author: Jen Brignall-Strong
Photographer: Syx Langemann
3 weeks ago
|
No Comments
Share On 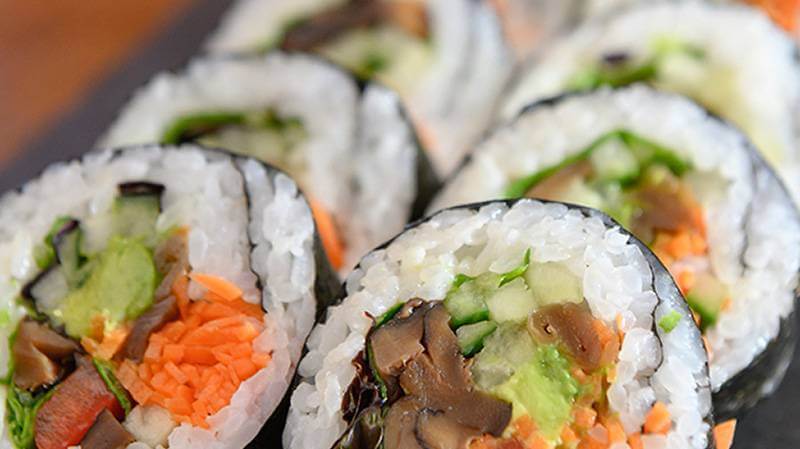 What goes into building a successful sushi empire? As the owners of KōNA Sushi can tell you, it takes long hours, a very understanding family, and a lot of elbow grease.

From laying concrete to rolling sushi, business partners Jordan Nicholls, Filipe Braga, and Zac Braga have done it all; creating a one-of-a-kind dining experience from the ground up and making their mark on Japanese cuisine in Essex County, now with four locations across the area.

“Our hands have touched everything in these buildings,” says Filipe. “We put so much into each project.”

In the face of a global pandemic, supply chain shortages, and ever-changing public health guidelines, the tight-knit team has managed to open not one but three new stores in the past two and a half years; all while continuing to service their existing customer base. No small feat, even for a trio of young entrepreneurs who have over 50 years of combined experience in the restaurant industry.

“I think we worked more during COVID than we’ve worked in our entire lives,” laughs Zac.

“Being a business owner means that you’re a professional problem solver,” explains Filipe. “Over the last few years, we just kept thinking, ‘Ok, how do we service people better? Let’s do curbside All-You-Can-Eat. Let’s do a renovation in Walkerville to take care of the amount of takeout we’ve been doing.’ We also expanded all our patios which helped us a lot.”

It’s that ingenuity and dedication to their customers that sets KōNA apart from others in the industry. Their passion for perfection is evident in every aspect of the business; from the eye-catching custom décor at each of their four stores to the presentation of their food to the food itself – a unique, fusion-style menu of traditional rolls, sashimi, appetizers, and rice bowls, as well as North American fusion sushi like Mac Daddy, chicken and waffles, and Philly cheesesteak rolls.

“We want to introduce new people who’ve never eaten sushi to the fusion we’ve created with our product,” says Zac.

“If you’ve never tried sushi, we’re the first place you should come to,” adds Filipe. “We’ve got something for everyone and we can accommodate anyone.”

Head sushi roller Jordan, who has been rolling since he was 17, loves the idea of taking street food items and putting them into a roll.

“You take a popular food like deep fried pickles and put it in a roll and put garlic on it and now everyone eats those,” he says.

The team is constantly finding new ways to innovate, shares Zac, noting that KōNA now packages all their own wasabi, KōNA sauce, and soy sauce because of supply chain issues they’ve experienced since the pandemic began.

“Our KōNA sauce, soy sauce, rice vinegar, and wasabi are all our own unique recipe and made just for us,” says Filipe.

They also source as many products as they can locally; from the produce in their dishes to the knives they use and even the beer they serve. In addition to offering a wide selection of cocktails and local craft beers, the brand has its own Japanese beer made locally by The Grove Brewing Company.

“We try to support local as much as possible,” says Zac.

As they continue to grow, accommodating special dietary needs and food allergies is becoming a focus for the group as well, notes Jordan.

“We’re working on Keto options, gluten-free options, and other menu items so we can accommodate everybody,” he shares.

“At the end of the day, we want a brand that everyone can enjoy. Anyone can eat here. Sushi can be for everyone,” adds Filipe.

Not only do they offer the largest selection of rolls in the area, they also strive to provide customers with a plethora of affordable dining options. The brand’s ultra-popular “All-You-Can-Eat” menu is available for lunch and dinner seven days a week and includes appetizers, sashimi, a nigiri; items not typically included at other sushi restaurants. They also offer a wide array of bento boxes and lunch combos with vegetarian choices.

“Anyone who wants sushi for lunch has options and they’re all affordable,” says Jordan.

Catering is available as well for everything from weddings and baby showers to corporate luncheons and fantasy football draft parties. And with four strategically placed stores across the area, customers can get their KōNA fix wherever they are, notes Zac.

“One of the reasons we selected these locations is because now we have the whole city covered on the online delivery platforms,” he says. “Now anyone in the city can order our product wherever they are.”

While KōNA’s Walkerville location is the number one Skip the Dishes restaurant in all of Southwestern Ontario, all of their locations also garner a large dine-in crowd; with each store offering its own unique atmosphere.

“Every location has its own feel; they’re all so custom,” says Filipe. “You know you’re in a KōNA, but each building is different.”

“They all have their own story to tell,” adds Zac. “Like our first store in Walkerville. Everything in that area is so historic; it’s such a cool space.”

Zac notes that he loves the vibe of the LaSalle location and shares the story behind its inception.

“We just stumbled across it really. We drove by the location one day and said, ‘Man this is a sushi place right here,’ and we put in an offer on the building that same day,” he recalls.

The Lakeshore location, which opened in 2021, was the group’s first new build, says Filipe.

“There’s a lot of cool artwork in that store; we love it,” adds Zac.

The Tecumseh store, which opened in late spring, was the group’s largest project to date and features a gorgeous rooftop patio with full bar and rolling station.

“We wanted this location to really be the showpiece for our brand,” explains Jordan. “We wanted to show people what KōNA really is.”

The trio credits their strong group of employees and owner/operators for keeping the business running smoothly throughout the expansions and the ups and downs of the past two and a half years. Teamwork and communication is what the entire business has been built on. The ability to lean on one another is the reason the brand has continued to flourish, explains Zac.

“If there’s something we can’t do, we’ll figure it out as a team,” he shares.

That team has grown exponentially as of late, with over 100 employees across the four stores. Friends and family are everything to this group and make up a large portion of the KōNA Sushi staff. Carlin Goodison, who runs the Lakeshore location, has been friends with Jordan since high school.

“Carlin was working in the automotive industry and basically went to Jordan and said, ‘How do I own a KōNA Sushi?’” says Zac.

“He worked for almost two years making half of what he was making in the auto industry to get into the business,” says Filipe. “He wanted to be in control of his future because when you’re a business owner, you work for yourself and it’s all on you.”

“We grow this business with self-made owners; people who have worked in the store and learned from us,” says Zac.

The owner/operators share the same level of dedication and have a mutual respect for each other, says Jordan. They are in constant contact with each other as well, making it easy to stay on top of the day-to-day workings of four busy locations, including implementing systems that ensure consistent quality across all stores.

“We have systems in place to help train our staff to best service customers,” says Filipe. “All the food, the steps of service, and the way we present the food is the same at every location.”

“We have the best trained rollers in the city,” adds Zac.

“We want to present the food as best we can; we love to serve our rolls on boats garnished with fresh vegetables and herbs,” says Filipe. “It’s one thing that really sets us apart. It’s not just how good it tastes, but how good it looks.”

Despite spending most of their days focused on the brand’s quality and customer service, the group is also committed to taking time for community involvement.

“The community has given us so much,” says Zac. “Once you get established in your business, it’s time to figure out how you can start giving back.”

The young fathers really enjoy working with organizations who are trying to make a difference in the community; especially if it’s related to helping young kids, he continues, noting KōNA has proudly supported local charity organizations including Fight Like Mason with food donations, gift card donations, and event sponsorships.

“We’re so thankful for everything we have,” he adds, noting that none of what they do would be possible without the brand’s loyal customer base.

As the trio now looks toward the future, they know that whatever comes next won’t be possible without the people who have been with them since the very beginning: their staff and their families.

“None of us would be here if we didn’t have a good foundation in our homes supporting us,” they acknowledge. “We really want to thank our wives and our families who have supported us throughout this journey.”