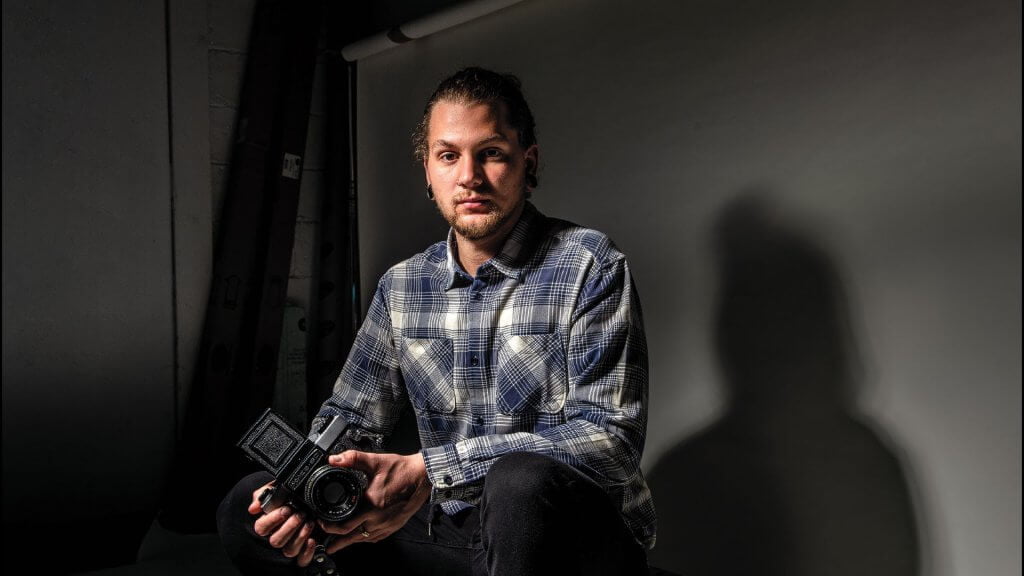 So often we become so busy and caught up in our lives we don’t take a minute to look around. Whether we are rushing to catch the bus, or driving somewhere to get there on time or simply staring at our cellphones, we really don’t notice the things going on around us. We miss the interesting things, the beautiful things or even the people in need. Photographer Anthony Sheardown not only takes those moments to stop and look around, he immerses himself into the virtually invisible life that so many of us fail to notice or just choose to ignore. He wants to show people parts of the world and the people in it that they may not otherwise get the chance to experience

“I want to find and show things that people don’t see or ignore or don’t even notice,” says Sheardown. “Unique people who stand out, the outcast, the people everyone tries to avoid because those people, those scenes are the most interesting—they have the best stories to tell.”

Sheardown enjoys spending time with people who are the beautiful contrast in a bustling busy city. He enjoys listening to find out who they are and sharing it with the world

“They are real, they tell their own story, they evoke emotion immediately. I just want to capture the things that stand out,” says Sheardown. “The people who are different than everyone else and the interesting things that happen in these cities full of people. It’s important to show the world at this time in history.”

He says when taking photos of this bustling world he will never get the same image twice because the streets are always changing and every minute something different is happening. That’s the beauty of it, he says—every day is a big surprise.

“I want to show off the people and places from around the world and create pieces that inspire and make people feel something when they see my work,” he said. “You only get one shot to capture these moments.”

At the young age of 17, Sheardown already had the awareness that there was more to life than living to work. With the flash of his first camera his passion was developed. He had a pure drive to keep shooting and learning as much as he could. He hustled every day, building his knowledge and business.

Sitting in the back corner of a local coffee shop, casually eating a muffin while discussing his dedication to photography and reliving some of his wildest experiences, a smile washes over his face, almost as if the act of saying it out loud has somehow made it reality. Photography is his passion, the one thing he loves the most, and now it’s his livelihood. He takes a deep breath and a moment to revel in that knowledge. To him it is still shocking that he gets paid to do something he loves so much—and he did it all on his own terms.

“I look at where I was two years ago and I look at where I am now and I couldn’t have even imagined I would have come this far already. I used to take the money I made from photography and put it in a jar. I told myself that I could only use it to buy photography gear. I bought my first $100 lens with that money. Now I am buying a house from it.

“I get to fly around the world to take photos,” he adds, leaning forward with excitement. “It’s amazing that everything I buy now comes from money I made through my photography. It doesn’t feel real sometimes—it’s just like a full circle. It’s why I work so hard every day, but I just still feel so lucky at the same time.”

Sheardown says life is a one-shot deal and does things his own way without any excuses. He is always open to new experiences and he takes every opportunity that comes his way. But he says he never feels compelled to follow conventional rules for his photography or his business. He is laid back and quickly adapts to wherever his lens leads him

“I definitely don’t feel obligated to follow the rules,” said Sheardown. “I just make sure my photos look good when they are done. If something makes more sense for me than the generic way then I will do that. I do what works for me, not what other people recommend.”

It took less than three years for Sheardown to become a self-taught successful photographer. Now he lives not just to work but to create photos that inspire emotion and move people to see the world through his lens

“There were people everywhere, and a bunch of signs saying not to go over the ledge—no trespassing. But I figured if I went over the ledge I could get a wicked photo. So, with about 200 people watching me I decided to just do it. It was very sketchy—I walked out there, the rocks were super wet, and as I climbed over, a bunch of rocks fell. I thought I was going to die. But I got the shot!

“I had a red raincoat on and all these people could see me. So I went up to the top where there were only about five people and took the red coat off and put it under my black one I had on underneath. I took my hat off to let my hair down. When I came back down the Icelandic patrol were there, looking for the person in the red raincoat. They were looking to give me a fine or something. They didn’t recognize me as I walked past them. I got really lucky.”

The Teachers We Remember