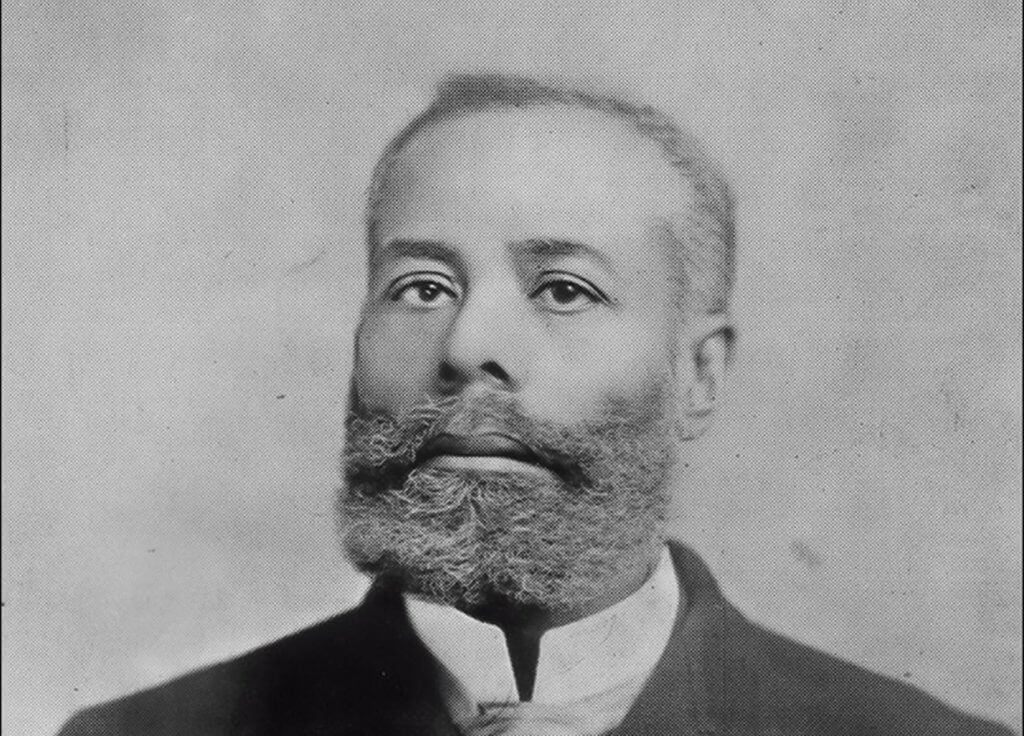 Elijah McCoy was born a free man in 1844 to fugitives who fled from slavery. He went on to establish a successful career in engineering despite the racism and exclusion he faced as a black inventor. McCoy’s high-quality devices and good reputation hailed him as the “the real McCoy.”

McCoy’s parents escaped from Kentucky to Canada via the Underground Railroad, crossing through Detroit before settling in Colchester, Ontario, where Elijah was born. He grew up in the Essex area and was educated in the black schools of Colchester, which segregated children in the Upper Canadian schools in 1850. Having demonstrated a strong affinity for mechanics from an early age, Elijah was sent to Scotland for an apprenticeship in mechanical engineering when he was 15 years old. He studied in Edinburgh until he earned his certification, before moving to Ypsilanti, Michigan, in pursuit of work.

Although McCoy was a skilled professional, he struggled to find an engineering position due to racial barriers that limited career opportunities for African Americans regardless of their educational background. He eventually accepted a job with the Michigan Central Railroad as a fireman and oiler. Working in the boiler rooms of trains, he noticed inefficiencies in the pre-existing system of oiling axles, specifically in the lubrication process. Engines required frequent lubrication in order to operate properly; in order to conduct this maintenance, however, the train had to come to a complete stop, which resulted in lost time and resources.

McCoy was inspired to streamline this process. In 1872, he invented and patented his first and most famous invention: an automatic lubricator for oiling the moving parts of steam locomotives. The “oil-drip cup,” as it was colloquially known, distributed oil evenly over the engine’s parts while the train was still in motion. McCoy’s design was highly regarded for its authenticity and good function and became the basis of many inferior copies by other inventors.

“McCoy’s patented device was quickly adopted by the railroads, by those who maintained steamship engines and many others who used large machinery,” writes the University of Michigan. “The device was not particularly complicated, so it was easy for competitors to produce similar devices. However, McCoy’s device was an original development and, apparently, had the best reputation.”

For most of his career, McCoy lacked the capital necessary for the large-scale manufacturing of his lubricators, typically registering his patents under his employer’s name or selling his patent rights to investors. But even though many of his patents did not bear his name, he was not denied a legacy—he has been inducted into the National Inventors Hall of Fame, has a historical marker in Ypsilanti, and a namesake for a patent office in Detroit.

McCoy died in Detroit, Michigan, in 1929 and is still honoured by many as ‘the real McCoy’ today. Certainly, he set a standard in the field of engineering, as many mechanical engineers who refused to install imitation lubricators on their locomotives demanded “the real McCoy” original design. The origin story of the phrase may be elusive, but there is no doubt that Elijah McCoy was the real deal.