Bigger Than the Call Letters 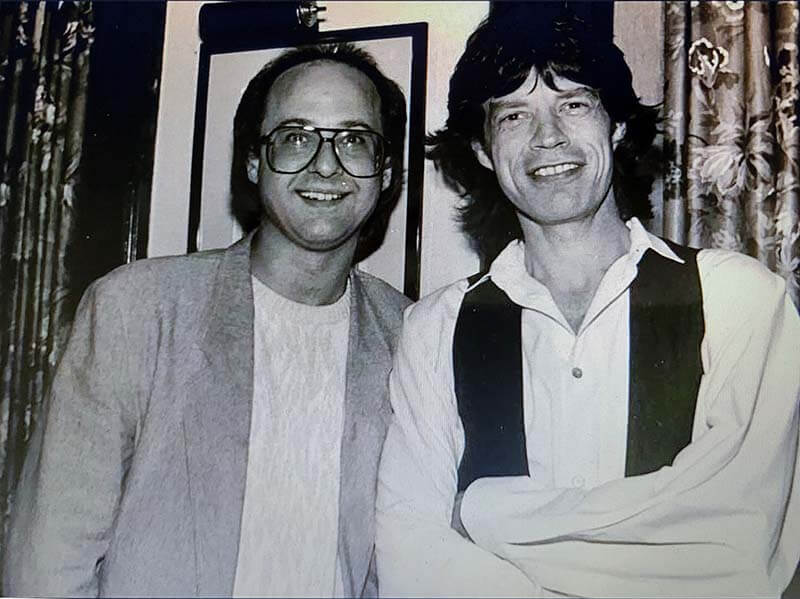 Detroit Rock City, 1975.  Part-time DJ, Doug Podell, was gathering albums for his show at Wayne State University’s radio station WAYN.  DJ, Chuck Santoni, poked his head into the music vault and said: “I just got a job at WABX.  They’re looking for one more guy, from one to six in the morning, Friday, Saturday, and Sunday nights.  You gotta get your tape down there.”

In the 1970s, WABX was the place to be, with its free form progressive rock format.

“I worked on my tape all weekend,” Doug recalls, “and dropped it off and didn’t hear back, all week.  I called on Thursday and Ken Calvert, the program director, said, ‘We’ve been looking for you all week.  You start Saturday.’”

Those were the halcyon days when DJs chose the albums for their shows.  “I opened my show with an 18-minute song by Roy Harper,” Doug says, “to give myself time to just gather myself.  I had only done about eight shows at WAYN, and it was a lot to absorb that I was now on at WABX!”

The hallmark of Doug Podell’s storied, 40-year career in radio, is his unwavering willingness to take the next step – even when it looks like it might be right off a cliff.

The true beginning of Doug’s origin story occurred six months after joining WABX.  A call came in on the request line.  It was Jim Johnson, then program director at rock radio station WWWW (W4).

Born and raised in Detroit, Doug Podell grew up on the city’s east side.  He studied broadcasting at Macomb Community College, before transferring to Wayne State University.  It was a slow, steady metamorphosis from wide-eyed audiophile to the Doc of Rock.  And it all began with the Beatles.

“My very first album, my mother brought home to me was ‘Introducing The Beatles’,” Doug remembers.  “To this day, it’s still my favourite album.  The British invasion was huge for me when I was growing up.”

In 1968, at age 15, Doug scored his first concert ticket by doing a charity walk for the American Lebanese Syrian Associated Charities (ALSAC), for St. Jude Children’s Research Hospital.  The night of the concert, he took the bus to Cobo Hall.

“I went in, and of course, the ticket was for the very last row of the very top of Cobo Hall,”  Doug says.

It didn’t matter.  The music reached him.  The musician onstage – wielding an electric guitar like Zeus wielded his lightning bolts – was none other than Jimi Hendrix.

Doug’s time at W4 was transformative.  There, he met Howard Stern –

“He wasn’t the Howard Stern he later became,” Doug says, “but he was damned good – better than anyone we had, at the time.”

—and he worked alongside seasoned DJ, Sky Daniels.  It was Daniels who christened Doug the “Doc of Rock”.  It was more than just a nickname.

“I found my personality after that, being the Doc,” Doug says.  “I found my voice.”

“He was very passionate about local music,” Doug recalls.  “Before he left, to move to Chicago, he said: ‘Doug, I’m going to hand you the sword – the sword to fight for local music in Detroit!’  The first record Sky handed me was by the Romantics, which was on this small, New York label called ‘Bomp!’”

Doug took up that sword, and Detroit bands have had no greater advocate in local media.

“A friend named Steve Sorter, who was in a band called the Mutants, had this crazy concept,” Doug says, “of videotaping bands from the Red Carpet Lounge, and showing them on public access TV.”

Before the concept was realized, the unimaginable happened: W4 went country.

“I moved to Minnesota for a year, as music director at KQRS,” Doug continues.  “Two producers came into the station there and wanted to meet somebody about putting a TV show together.  When they explained their idea, I said: ‘I know exactly what to do.’  We put together a show called Twin City Beat for NBC in Minneapolis.”

In early 1980, there were few music videos to air, so the show ran for only 30 minutes.  Doug and the crew put the show together each week, which aired on NBC Minneapolis each Saturday night.

A year later, Doug was called back to Detroit to join WLLZ.

“I had that taste of doing television,” he says, “and I wanted to continue.  We hired the production team from Minneapolis – back when radio had a lot of money – to come to Detroit and put our show together.”

“We had the show up and rolling, and Stroh’s beer paid for the whole thing,” Doug recalls.  “There was no MTV, then, and record companies were ecstatic to have an outlet for their bands.”

Videos by nationally known acts aired, such as Ronnie James Dio, and featured local, and up-and-coming bands, such as Mötley Crüe.

Doug’s growing responsibilities at WLLZ eventually made it impossible to continue with The Beat.  Fully 30 years later, however, he returned to TV, hosting Rock900 on Comcast.

“They were getting their ass kicked in ratings,” Doug recalls.  “They were number 21, and needed help turning things around.”

WNCX was the third of Howard Stern’s affiliates at the time.  The other two were in L.A. and Philadelphia.  It was Stern who told WNCX: “Get Doug as your program manager.”

Doug agreed and moved with his family to Cleveland, unsure what he was getting into.

“We just went up like a rocket ship,” Doug says.  “It’s funny because I’ve been here in Detroit almost 95 percent of my career, but that was my greatest radio experience, working with Howard at that station.  Seeing the power of Howard Stern, at that time.”

Doug made many tough decisions, bringing in strong on-air personalities, in the drive to improve ratings.  Stern promised that if he went #1, he would bring his whole show to Cleveland for an event.

There are times when life comes full circle.  It happened at that show.  “I remember standing on stage with David Lee Roth and Howard,” Doug recounts, “and I heard some consultants saying: ‘We should think about bringing Doug back to Detroit…’”  Doug was doubtful in the moment, but they ultimately made him an offer he couldn’t refuse.

At heart, Doug Podell is a music fan.  “I’m a Beatles fanatic,” he admits.  But his taste in music extends beyond rock.

“Very early on, my dad got me an album, Gábor Szabó, that I really liked,” Doug says.  Szabó was a Hungarian-American guitarist whose style incorporated jazz, pop, rock, and Hungarian music.

The Doc of Rock has lived a life most music fans can only dream of.  Whether meeting Mick Jagger, Alice Cooper, Kid Rock, or working with Howard Stern, and numerous bands on their rise to stardom, there was one experience where Doug became the starstruck fan.

He continues: “I held the mic out to Paul, but never spoke into it, myself, when I asked the questions.  So, I had to edit all my questions in afterward.  Linda asked me to stay for tea, and of course I turned them down.  I said: ‘Oh no, I wouldn’t want to impose on you,’ like a big dummy!”

When friends asked if Doug got an autograph, he said he was too nervous to ask.  Years later, he came across his old notes from the interview.  Among them, he found an autographed picture of Paul McCartney signed to “Sue & Doug”.

“I totally blanked that he even gave me an autograph!”

Doug admits that Detroit is a quirky radio market, but stronger than most because of that.  Unlike many other markets, Detroit is all about on-air personalities.

Doug Podell is certainly bigger than the call letters.  He still rocks today every afternoon at the new 106.7 WLLZ Detroit’s Wheels.