Cup of Joe with Joe Heraldo

Introducing a person who “walks the walk” and “talks to talk” —a new voice coming to The Drive Magazine
Author: Matthew St. Amand
Photographer: Trevor Booth
2 years ago
|
No Comments
Share On 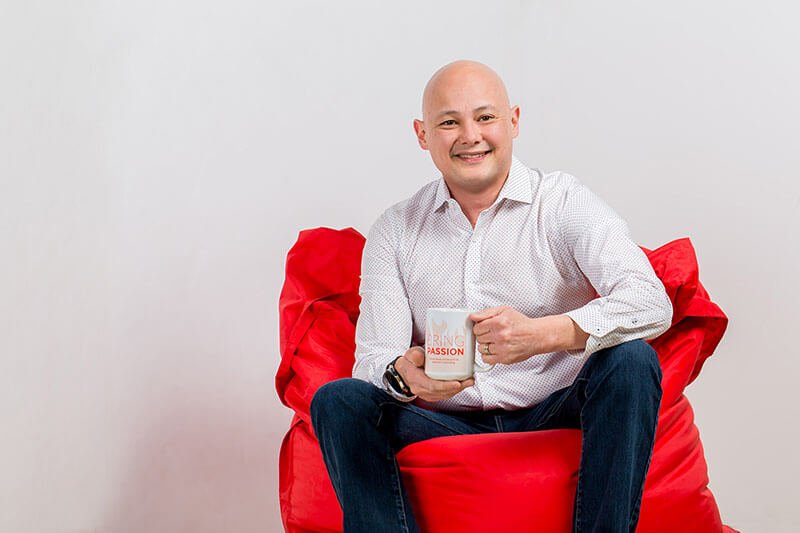 People were dying and Joe Heraldo was part of the team tasked with creating a plan to prevent any more from happening.  A mining operation in remote Canada averaged 13 deaths a year, and needed a strategy for creating safer working conditions.  With a background in Mechanical Engineering, analyzing data and designing processes was what Joe did.

“We created a plan, but on its own, a plan wasn’t enough,” Joe says.  “You have to inspire people to follow through, to be invested.  We did that, and for the next six years, there wasn’t another ‘lost time incident.’”

Today, Joe brings this insight and outside-the-box thinking to anyone who needs it.

Pretty much all the above.  However, Joe explains Joe best: “As a business-entrepreneurial coach, I have dedicated the last year offering business consulting from a globally recognized financial brand, which built a network of over a thousand businesses.  My true passion is not limited to just advising, but being an active participant of the leadership team.”

OK, Joe was an effective analyst at the mining operation, but what does he know about actual business?  Turns out, quite a lot.

“One of my first businesses was a software company that I started from the ground-up,” Joe says.  “I can’t write code.  I design processes.  As a result of the work I was doing, I needed a communication tool that people would actually use.”

Joe thought: “If we need a tool like this, maybe others do, too.”

After doing some research, he found that utilities were his target market.

“Selling the tool from my website was not going to work,” Joe continues.  “One day, I was away, attending a conference.  While running on a treadmill in the workout room, I noticed a guy on the treadmill beside me.  We struck up a conversation and he turned out to be the CEO of Harris Computer Systems which is dedicated to utilities and owned by Constellation Software, the second largest enterprise level software provider in North America.”

The CEO gave Joe a 15-minute sit down meeting.  Joe nailed that, which led to him presenting his software concept to 12 of the CEO’s business leaders.

“After I told them about my product, one guy said, ‘We’re going to bolt your offering onto our product.’”

For those of us who do not sell ERP (Enterprise Resource Planning) level solutions, this is equivalent to being a T-shirt vendor at the World Series, convincing a team owner you’re good enough to play in the majors, getting a single at bat during the game, and then hitting a grand slam while on the playing field.

“That took us into municipalities and utilities across North America,” Joe says.  “The interesting thing is, our tool didn’t succeed because it just had a groovy interface or great functionality.  It facilitated communication and made people accountable.”

Joe also understands people and sifts his experience to apply these lessons to almost any other business.

So, it’s amazing news that Joe will bring this vision and experience to a recurring column at The Drive Magazine.

“I knew this would be something unique for the publication and that Joe would be an asset to our readers,” says The Drive Magazine Vice President of Sales, Dave Hunter.  “His direction, sense of encouragement, and positive attitude makes people gravitate towards him.”

As a sort of sneak-peak, what can Joe tell us now?  What are the most common barriers holding people and businesses back from achieving their targets and goals?

“You have to be humble enough to accept the help you need,” Joe says.  “That takes vulnerability, and that’s sometimes difficult for people who run companies.  Because, let’s face it, it takes a certain amount of ego to lead a company.  People of vision often have strong personalities.  They are used to going up against the impossible and are geared to proving people wrong.  To truly succeed, you need to get beyond that.  You have to be vulnerable.”

Joe relates a story of when Apple Computer founder, Steve Jobs, had been forced out of Apple and was searching for his next great idea.  That came in the form of Pixar.  Although Jobs did not create or run Pixar, he famously financed them after 45 other organizations refused to take a chance. During negotiations between Pixar and Disney on a collaboration deal, the two high-powered personalities of Steve Jobs and Disney as a corporation had trouble seeing eye to eye.  They disagreed, at first, and talks broke off.  Robert Iger taking over as the new chairman for Disney presented a new way to rebuild that relationship with one pitch.

“It took Iger to be humble enough to approach Steve Jobs in a way to rekindle the relationship,” Joe explains.  “He said, ‘Let’s white board this,’ and they did.  They made a list of Pros and Cons.  When they finished, they saw there was a laundry list of Cons and only three Pros.  Although the Cons far outnumbered the Pros, Steve Jobs had the humility to say, ‘I believe in the three Pros.’”  And the deal was done.

The message Joe takes from that story is: “Focus on reasons why we ‘can’, even though it appears there are more reasons why we can’t.  That’s the true spirit of collaboration, and that’s the difference between good and great companies.”

He continues: “In order to negotiate in these settings, you need to have an ‘abundant mindset’.  You must think of solutions where everybody wins, not just you.  That’s how Facebook ideas and LinkedIn ideas are created.  Combine vulnerability with abundant mindset, and that’s where you take the luck out of the magic.”

During the COVID-19 global pandemic, Joe had to take a lot of his own advice.

Whereas the bulk of his interaction with clients was conducted face-to-face, he had re-invent his way of doing business, as so many did.  Joe took to Zoom, and veering from what he normally did—assembling groups of 30 – 50 business leaders in a room for group sessions—he  transitioned to one-on-one virtual sessions.

“I found 210 target market pros,” Joe says, “and met with every single one for one hour over the course of thirteen weeks.  That was ten to thirteen meetings a day.  It was what was needed.  I needed that.  People really opened up and some very deep connections were made.”

This is just a glimpse of what Joe will bring to The Drive Magazine.

“Joe’s experience and savvy to engage people is something special,” says Dave Hunter.  “We would like to see Joe in several of the upcoming calendar issues of The Drive. His columns will encourage readers, and motivate people to be better people, better business owners, and better leaders within our community.”

Look for Joe in upcoming issues and an exclusive podcast episode sponsored by The Drive.  In the meantime, you can listen to a podcast Joe hosted at www.inspiredconnectionspodcast.com or visit him online at www.josephheraldo.com.