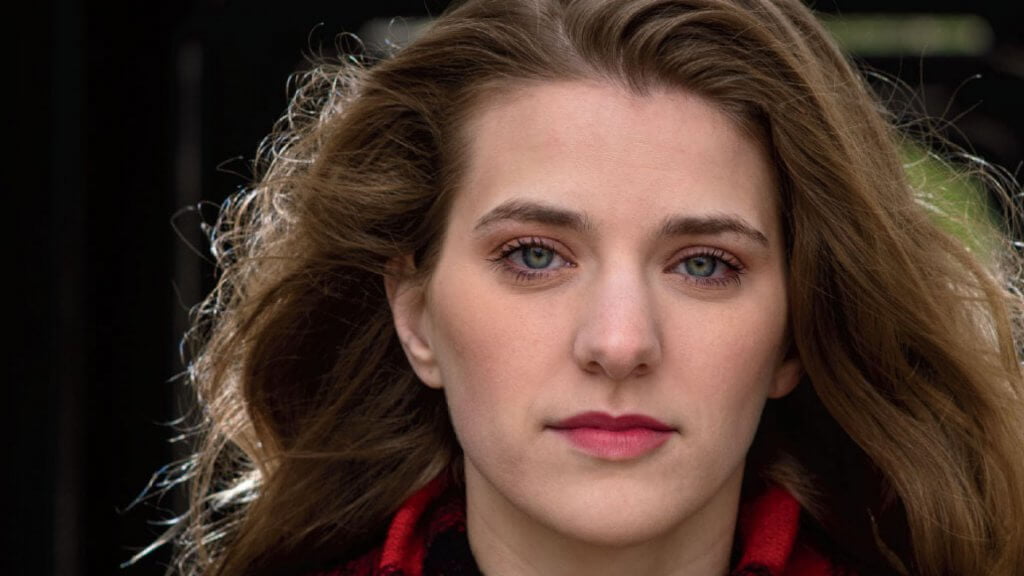 Danielle Wade hears these words as she runs back to embrace her group of Dorothys. She’s safe. They’re all safe, for now

The 19-year-old Lasalle local would wait for these words throughout the course of the 2012 CBC reality show Over the Rainbow. The winner of the competition would have the pleasure of playing Dorothy from the classic show Wizard of Oz for the full tour run.

The young women relied on viewers’ votes, and eventually the “safe” group dwindled down from 100 Dorothys, to 20. The top 20 girls would fly to Barbados to sing for theatre mogul Andrew Lloyd Webber. What could be scarier than performing for the famous composer responsible for The Phantom of the Opera, Cats, and Evita?

Getting locked in his bathroom right before the performance

In this moment, trapped and waiting, all of Danielle’s worries about her performance escaped her

“I was just worried that I’d never make it out alive, but it did help me forget about the audition part,” Danielle tells me from her apartment in Stratford, Ontario. She is running around doing laundry on her day off, and even in the midst of chaos she is incredibly lovely and charming over the phone

“I couldn’t even bang on the door because they were recording. I just prayed that someone had to pee soon! They eventually couldn’t find me, and because I had a microphone on, I started yelling, ‘I’m in the bathroom!’” She laughs, and it is completely infectious. It’s the kind of laugh that immediately brings me into her world.

Danielle never let this wholesome kindness of hers fade throughout the competition, even when it came down to the final two: Danielle and her best friend Stephanie. The two girls hadn’t known each other before the reality show, but became close friends and even lived together after the experience was over

Danielle tells me to watch her face in the final video of the competition. The two girls have so many features in common, which is something that makes these competitions so difficult. Either girl could win. But as the two stood hand-in-hand, Danielle tells me that she wanted Stephanie to win

“We only had one vote, and I used mine on Steph. I thought she had done so well, and I was so proud of her. I really did think that she would win.”

“And the girl who will wear the Ruby Slippers is…

Her mouth falls open as Steph quickly grabs her into a fierce hug. Danielle begins to cry.

Her life is about to change, and her every dream is becoming a reality

Danielle continues to repeat the word “crazy.” That this moment was crazy, the whole experience was crazy. “It’s the best way to describe it… this whole process. You’re just waiting the whole time, wanting something to happen, and then it does.”

In her winning moment, Danielle tells me that she had to snap out of her state of shock and realize that it was her name being called.

After that, there was no rest for the wicked. She had to pack up and move to Toronto the very next day. Danielle tells me that sometimes she wonders, “How did I survive? How did I make it out alive?”

From moving away from her childhood home, to dropping out of her BFA in Acting at the University of Windsor, Danielle had to grow up really quickly. She would start rehearsals for Wizard of Oz that following Tuesday, and continue on the road playing Dorothy for nearly two years

“Touring showed me that I could travel to a different country and feel okay. To not be worried about getting around. I’ve been pretty fortunate since then. I’ve been working steadily in the field, which is not always the case for acting. You’re always floating from job to job,” she says

Danielle’s brief time at the U of W prepared her for what she was going to get into but working in the field has taught her far more. In theatre, and most creative arts, you can learn all of the tools in school, but it’s not until you’re out there doing it that you actually start to get a grip on them, she says.

Landing the lead role in a very popular musical gave Danielle a bit of direction in her career. While enrolled at the university, she knew there were no professional theatre options within the city of Windsor, so she’d have to move eventually. She never thought she would land her first professional audition in Toronto. It had all happened so suddenly.

“I didn’t know—I still don’t know everything. I don’t think I ever will.” Danielle’s humility still shines through her voice, and even though she has seen tremendous success so early on, she thinks fondly of her time doing community theatre in Windsor

Being a part of local group Windsor Light Music Theatre (WLMT), Danielle had participated in several shows, including A Christmas Carol, Legally Blonde, and Into the Woods. She says she couldn’t be where she is now without WLMT.

“With Windsor Light, I auditioned for shows and actually didn’t get in right away. It taught me to practise, rehearse, prepare for the next show, and try again. When you get things handed to you, it’s easier, but working for it makes it worth it. I worked harder and then got my chance to do a few shows in a row. It was so exciting, and I loved the community aspect of it. I still have friends from Windsor Light,” she says

Even now, her WLMT family comes to see her in the Stratford Festival, where she currently plays Marian Paroo in The Music Man.

Her schedule is tight as she performs eight shows in one week, with just one day off

It’s not just the time on stage, but the preparation time as well. The Stratford Festival provides singing coaches and dialect coaching that helps the performers to give the audience the best possible show

Danielle has her own pre-show ritual of not eating two hours before the show as she heads down to the theatre early. She then checks in with how she’s feeling, she warms up, and then does her makeup and wig prep close to the half-hour mark

“There are weird, gross things that you have to be aware of when you sing. There are so many things that can affect your performance. One time it was so dry in the theatre I had a coughing fit right on stage! I laughed and thought, ‘Well, thank you, patrons. You’re going to watch me die here.’ But everything feels worse for the actor. It’s never nearly as bad as they think.”

It’s been a busy lifestyle for Danielle, and for the first time in a long time she gets to be home for the Christmas season. She comes back for visits as often as she can, but this is the longest stretch before she makes her next career leap

“It’s great being in new places all the time with my career. It’s awesome, but also taxing. You want your own things and your own place, your own parents. The theatre life is a busy life, but I’m one of those people who is okay with the quiet when I’m at home.”

Danielle says it’s amazing to see what Windsor has become, and how it leaves its mark on people who have visited. But it’s especially nice to see how certain things stay the same

“Like grocery stores. It’s silly, but it’s nice to know your way around the grocery store. When you’re travelling, you’re in a new grocery store each week. There’s something so comforting about knowing where you’re going and seeing familiar faces.”

Soon, Danielle will be wandering around the grocery store in NYC—her dream spot.

She’s been in and out of the city visiting her partner, who is also an actor, but says it will be nice to be 10 minutes away from him in the new year

Some days, Danielle does question why she picked this job.

“It’s such a strange thing to sell yourself. Kind of like ‘let me just prove to you that I’m better than that person… even though we’re wearing the same thing and probably sound the same! We are the exact same!’”

It’s been hard, Danielle says, but she’s been working at this goal since high school, back when she didn’t get in when auditioning for High School Musical, but eventually landed the role of Sandy in Grease. Immediately, during that first moment on stage she thought, “Well, I can’t do anything else but this.”

She did what she had to do, and continues to push through. She hasn’t done anything else since

“I can’t begin to explain it. Every car ride that my grandma gave me to rehearsal, every penny my parents spent—my teachers, voice teachers—everything was worth it. I used to go to the Stratford Festival as a kid in class, and now I’m the person people go to see. How did that happen?”

Danielle hopes that it’s like this forever. This passion

“I don’t foresee it changing. I do love it so much

“When you’re passionate about something, it doesn’t really fade. Especially with acting. The hard times make it hard, but working through makes it all the better in the end.”

The Maestro of Canadian Whisky