For the Love of Music: (Nearly) 30 Years in Radio with Greg Gnyp 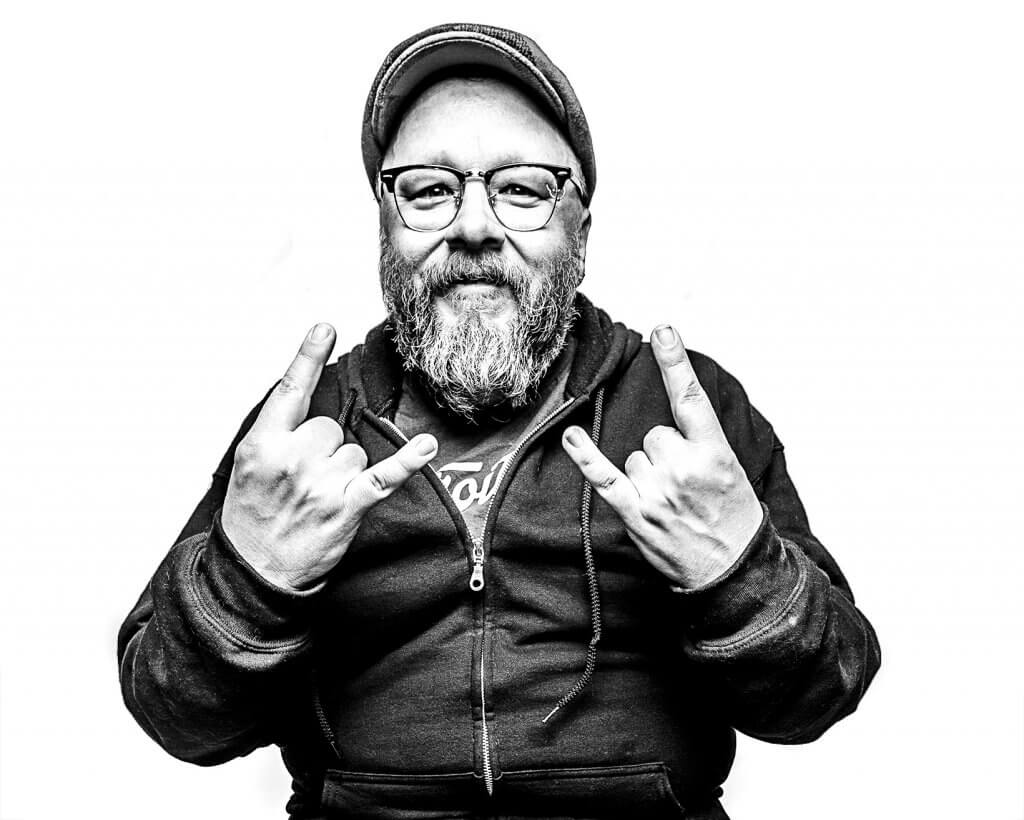 Greg Gnyp was one day away from celebrating his 30-year anniversary with radio station 89X when they let him, and other seasoned personalities, go.

“Well, they say you’re not a professional in radio until you’ve been fired, so I guess I was a 30-year amateur!” he jokes in his classic “Gnyp” way as he tells me about how he and a few colleagues were let go in November 2020 from both 89X and The River by the Bell Media corporation, the most recent owners of the stations.

Having been in radio for as long as he had, he saw the changing face of the industry, and says that once Bell bought the station, it shifted radio 100 percent away from anything to do with the joy of music and became more about selling.

“I really realized I was becoming less and less of a DJ and more of a salesman under Bell Media. My job was to make you listen to the commercials and hopefully you wouldn’t turn them off.” He adds that the motive became about the numbers and not the people.

With all of this, he understands why people were let go. “It was a great financial idea for them! They saved a ton of money and their shareholders are going to be happy,” Greg says to me nonchalantly, infamous for his bluntness, even on air.

Still, Greg says that as sad as he was to lose his job, he doesn’t feel resentment. “I feel lucky because radio was fun until the day I got let go.” He enjoyed a weird and wonderful career—filled with whiskey tastings, beer fests, and DJ’ing some of the biggest music festivals—all while listening to and promoting good music.

“I sit back sometimes and think, huh, we certainly didn’t do it for the money… we were paid badly, oh did we get paid badly! But we did it because we loved it.” Greg reminisces about those early days of working 13 days on, one day off for federal minimum wage. Having been with 89X and CHUM—the original owners—since the company was three weeks old, “Gnyp” had the pleasure of being part of the golden years of the Windsor-Detroit music scene.

Greg was the “dorky, nerdy guy” in high school, so he still can’t believe some of the events he got to attend through the years. One of his first gigs was DJing “89X Stole Christmas” with 10,000 people in the stands, and his first real stage announcement was on the Pine Knob stage at DTE during the first Lollapalooza festival.

“During those first five or six years with 89X—I don’t know how to describe it—us DJs were almost like celebrities. Metro Times would write stories about us, and people would come line up by the tent while we broadcasted just to say hi,” he shares. “We were just this weird family of a bunch of goofy Canadians and Americans who were employed by radio for the first time, working as cheaply as possible, doing something so different and out there that it was kind of magical.”

Even before Bell bought the company, and they were sold by CHUM to CTV, Greg said that radio was already beginning to lose its freeform style to a corporate one. But despite the revolving rules and regulations, and though the DJs felt sad inside to put business in front of music, Greg says that his driving force came from his radio family.

“I always knew I had an awesome music family that I could dork out with. That was the cool balance; I was lucky to have program directors like Phat Matt. He was such a music head! You’d go into his office and spend an hour of the day listening to new music,” he says emphatically. “Or my last program director Jim would come into my office and be like ‘Gnyp! You’re going to be debuting the new such-and-such… you’ve gotta hear it!’”

The team got to be authentic music dorks together and could always count on going out for beers after work and talking exclusively about music and radio. Greg says even though Bell didn’t seem to care about the music, the offices of Windsor still held that passion through and through. No corporation could ever stop the love of music. “I’m not trying to be the guy to badmouth the company who let him go, again it’s a great business move! But I think it’s leaving a big hole in the Windsor market,” he adds.

The beautiful thing is, the group still texts one another to geek out over a new album drop or song release and Greg says, “That’s the one thing… looking back on 30 years in radio, it never got old talking to artists or hearing new songs.”

Greg has interviewed dozens of artists and met hundreds more throughout his career, but two stood out in particular. Ever since the early ’80s, The Smiths have been Greg’s favourite band. When the band’s former lead singer Morrissey was playing at the Meadow Brook Amphitheatre during his first solo tour in 1991, Greg’s boss’s car wasn’t running, and she needed a ride to the show. “Thank goodness I’d sabotaged her car!” Greg jokes. “As a result, she told me if I drove her, I could go to the show—and do the meet and greet.”

Greg didn’t hesitate and wound up going backstage to meet Morrissey before his show. “I’d always heard stories of him being rude during interviews, but we luckily caught him in a pleasant, laughing, and wonderful way. Now when I read those other stories about him being rude, I go, ‘Nope, not my Morrissey.’”

His other big-time celebrity sighting was a total fluke and happened when Greg was doing a live event before the Nine Inch Nails/David Bowie show at the Palace of Auburn Hills in 1995. The station had their booth set up at 3 p.m. when the show started at 6, and at first there was nothing to report on except the hot dog stand guy. That’s when Bowie came walking over and Greg was in complete shock to see him. Greg had to say something, but he didn’t want to be the guy that shouted, “I love your stuff” or “I have your every album” so he just blurted, “I like chicken!” It’s safe to say, that was probably the most memorable thing Greg could have said to a guy like Bowie.

He laughs as he remembers his “pretty awesome life,” and transitions to tell me about a time where his ex-wife asked him if he was afraid of death. “And no, I don’t want to die,” he clarifies, “but I’m more afraid of not living. So maybe my adventure in radio is done now and I need to find something new to do?”

Of course, he’d still do radio if the opportunity presented itself, but Greg’s eternally optimistic attitude allows him to see the best in any situation. So, he’s currently spending his time writing a book called The Book of Ruby (and the pack)—which is about how he’s spent the last 12 years of his life learning to live sort of like a dog.

The idea came from a friend who said she’d written down the five things she learned from Greg’s late two-year-old pup Ruby Soho—named after the Rancid song—but Greg says he couldn’t just focus on Ruby because he’s learned so much from all of his thoughtfully named dogs. There’s Eliot Fitzgerald (after TS Eliot and F. Scott Fitzgerald), Primrose Grace (after a character in The Hunger Games and Grace Slick), and Pearl Eloise (for Pearl Bailey and “Eloise,” Greg’s favourite song by The Damned).

Along with learning to never hold a grudge, to always be unreasonably excited when you see your friends, to look people in the eyes, and that if you could give a person one kiss, give them two, Greg learned to stop and smell every flower. Ruby loved flowers, he says, and on one of their last walks she was sniffing a puffy, firework flower, and she suddenly just bit the stem, pulled the flower up, and took it with her.

So, the last line of Greg’s book, and the last word of advice he’ll give us from Ruby and the gang is, “Remember to stop and smell the flowers… and sometimes say f-it and take the flower with you.”

Miracle in the Pandemic Year