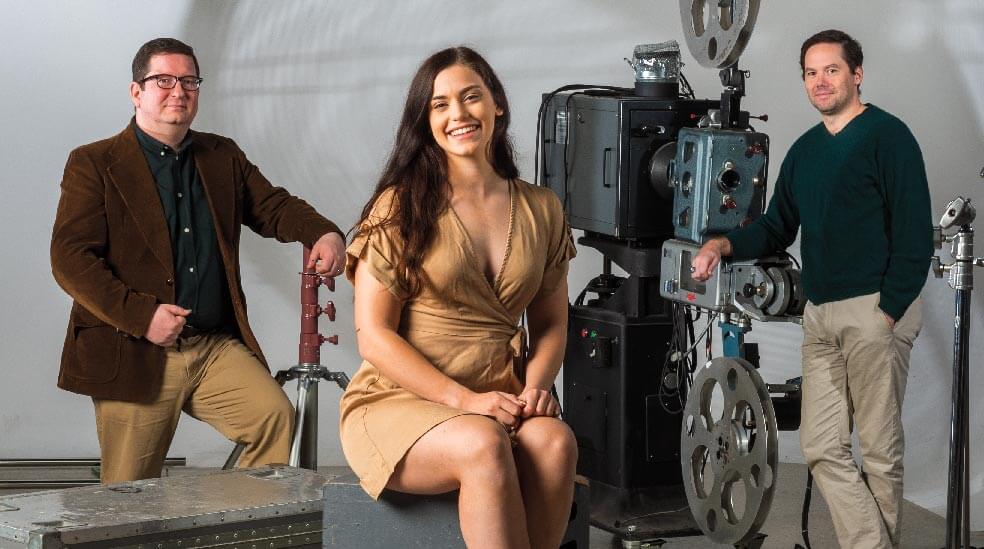 Mike Stasko’s film, Boys vs. Girls, hits close to home for campers and the community alike

According to Mike Stasko, the world is divided into two groups: camp people and everybody else.

The University of Windsor film professor is the writer and director of 2018’s Boys vs. Girls—an award-winning camp comedy fuelled by the nostalgia of Stasko’s own childhood summer camp experiences.

I met with both Stasko and producer, Theodore Bezaire, to discuss the film’s origins, highlight reels, and what it means for these Windsorites to pursue cinematic projects so close to home.

Early in the conversation Bezaire admits that he falls into the category of ‘non-camp person,’ claiming the title of ‘camp-person by association’ in light of his closeness to Stasko, his long-time friend.

Stasko’s own camp experience came in the form of summers spent at YMCA Camp Kitchikewana in Northern Ontario. Stasko shares that it was these memories that provided the inspiration for Boys vs. Girls.

“Camp is a great place for a lot of ‘firsts’ and coming-of-age experiences,” says Stasko. “It’s a good incubator for letting a personality cone out without judgment. Kids are raised differently these days with more ‘side bumpers.’

“Without parents around to monitor or judge you, you could try on more personalities to see what worked.”

Stasko says the film—and its characters—are an amalgamation of about 13 years of his summer-camp experiences, with some inspiration taken from classic camp comedies such as Wet Hot American Summer.

Set in the summer of 1990, Boys vs. Girls tells the story of Camp Kindlewood—a camp that hosts boys every July and girls every August, which is forced to go co-ed for the first time in its 70-year existence. During this transition, the camp’s director, Roger (Colin Mochrie, Whose Line Is It Anyway?), desperately tries to convince both sides that this is a great idea in an effort to keep the camp off the corporate chopping block. The change leads to a battle of the sexes over reclaiming their own space—fuelled by a series of pranks and camper mischief.

In reality, Stasko’s own Camp Kitchikewana had to go co-ed in the summer of 1989 to make things more viable, but in his case the war between girls and boys lasted for only about four days.

Boys vs. Girls was shot over the course of 16 days in June and July 2018 at the Kiwanis Sunshine Point Camp in Kingsville, Ontario. The Sunshine Point Camp served many purposes for the production, not only as a film set, but in providing accommodations for the actors playing the film’s primary camp counsellors.

“The film was super low-budget, even as a Canadian film, and we figured that by using the camp we could save on hotel costs,” laughs Stasko. “It ended up being a great bonding experience for our lead actors who stayed on-site— within a week they became the best of friends. From what we heard it sounds like they had a pretty good time—their own camp experience of sorts, I guess!

“It was such a funny coincidence: my family came to visit me on set and that’s when my parents pointed out that my grandfather, who ran a judo studio, would lead martial arts activities for the campers,” says Dagenais. “They told me just after he had passed away—and in some small way it made me feel like I was paying him tribute.”

The Windsor native was thrilled to have been selected to play her role in Boys vs. Girls—she got the part as soon as she’d moved to Toronto to pursue a career in film.

“It was really nice to be able be part of a project so close to home and to be able to show off my hometown to the cast and crew!”

Dagenais recalls the first movie she auditioned for at age 13 was one of Stasko’s films; years later, during casting for Boys vs. Girls, he recalled that she was a local and invited her to audition for a leading role of Amber. Dagenais got the part.

“The whole experience was unforgettable and filled with so many firsts for me. Even though we were filming, it really did feel like camp—at the end of shooting days we had bonfires, long talks, and camp games. There were bugs and the WiFi was bad. Honestly, it was really great!”

Dagenais says the film’s cast members have become the best of friends, likely a result of the dynamics built from living together on-set. According to her, this made things on camera all the more real.

The Importance of Homegrown Films

Out of Boys vs. Girls’ 50-person crew, at least half were students from University of Windsor—some of which were hired, whereas others gained course credit, according to Stasko.

“It was amazing to be able to involve so many people from our local community—the talent present here is truly impressive,” says Stasko. “For example, our production designer, Emily, is a recent grad of the Canada Media Fund program, and she did an unbelievably good job of stretching our small budget and really captured the aesthetic and feel of the early ’90s beautifully.”

Traditionally, Canada’s film hubs have been Toronto and Vancouver, but independent filmmaking has opened up the possibilities for filmmakers.

“Whether it’s food, parking or space rentals, things are so affordable in Windsor and people are so enthusiastic about new projects. I wanted to show my students that there are a ton of creative opportunities to be had by making a film in the area—at this point, four of the films we’ve shot in Windsor have gone on to win awards,” says Stasko.

Stasko wants aspiring filmmakers to know they don’t necessarily need to head to the big city to create something great.

“If you can learn how to pull together the resources and get people excited here, your resources go much further. Find out how to excite the city and your community will become your biggest advocates.”

And that hard work paid off: the film has been an official selection in almost a dozen film festivals, and has won eight awards, including Best Feature Film and the Audience Choice award at the Chicago Comedy Festival, Best Canadian Feature at the Canadian International Comedy Film Festival, and acting awards for Colin Mochrie (Floriday Comedy Film Festival) and Kevin McDonald (Hollywood Reel Independent Film Festival)

Stasko and Bezaire recognize that the success of Boys vs. Girls didn’t come overnight—it’s the product of 20 years of hard work. Bezaire emphasizes that perseverance is essential for any aspiring filmmaker and reiterates just how important it is to remain focused and stay the course, even though the path to success is not always linear.

“Focus on the basics and tell the story you’re able to tell. Lots of people want to write a World War II epic, but my advice would be to start small. Tell a five-minute short you know how to tell well, and then build from there.”

For those seriously interested in a film career, Stasko is an advocate for the value of attending film school.

“A big advantage of going to film school is it allows you to try to fail at 500 things in an environment where you receive feedback. You’re given a golden opportunity to try new things in the safety of that school and then when you go professional, you have all kinds of skills in your toolbelt.”

Through Boys vs. Girls, Stasko has attempted to capture the irresistible nostalgia of attending camp, even for those who haven’t been.

“Camp people will love the memories that the film brings back to the surface, whereas non-camp people might pay closer attention to the story being told,” says Stasko. “Eighty minutes is a short time to try and tell the story; it’s just a glimpse into the experience and a quick look back to small moment in time that held a lot of magic for me and other camp people.”

“I remember when I was completing my Master of Fine Arts at Columbia, and I couldn’t get past the second date with anyone there—it just wasn’t clicking. The day I finished my degree, I went to work at a camp and that is where I met my wife,” says Stasko.

“If you want to talk about camp having a big influence on my life, there you go.”

Whether you’re a camp person or not, Boys vs. Girls promises to entertain—stay tuned for its December 22 DVD and VOD release.

Stasko is excited to give locals a chance to see the film after its run on the festival circuit—the community’s support of homegrown films is important in promoting an environment for future projects.

“The more enthusiasm the response gets, the better the people involved in this film will do. This is the first major film for so many of these filmmakers—this is validating their work and will help propel them into their further careers.”