The University of Windsor and St. Clair College make adjustments on the fly for their fall semesters
Author: Devan Mighton
2 years ago
|
No Comments
Share On 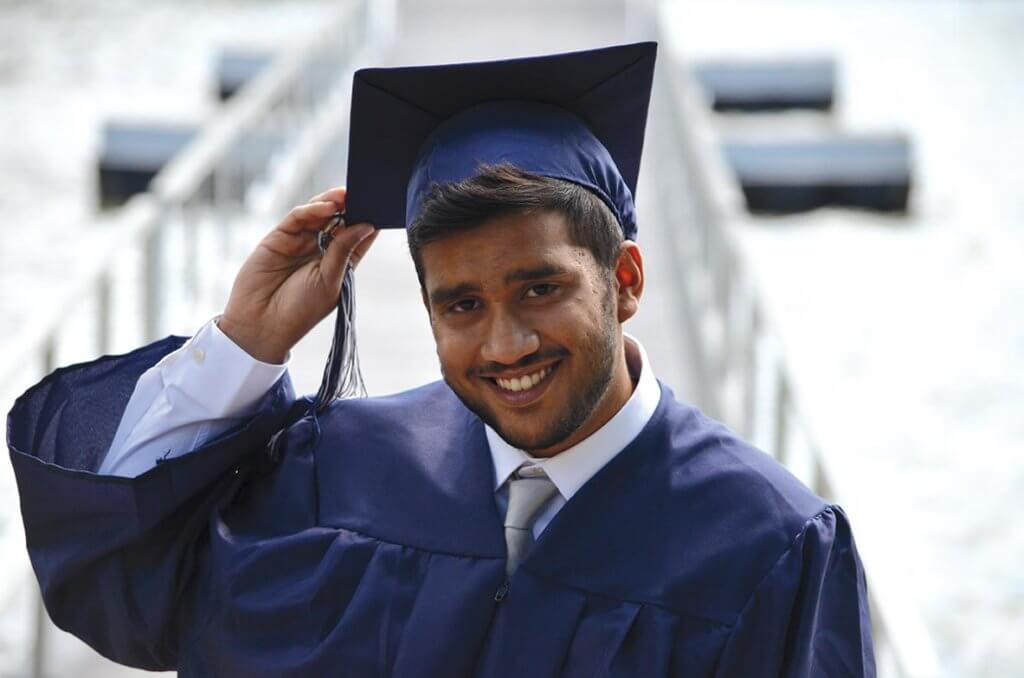 As the COVID-19 pandemic rages around the world, in Canada we sit in the uneasy calm of a downslope of active cases, impatiently waiting to see if the reopening of our society will lead to the tsunami of rising numbers that our neighbours in the United States are experiencing. In the meantime, Windsor’s educational establishments are preparing to conduct their business in ways that, they hope, will be both worthwhile and safe for their students.

“These are unprecedented times, as we’ve heard many times, and it’s true,” says University of Windsor technical communications lecturer Jesse Ziter. “The fall semester is going to be delivered primarily online. For the vast majority of our students at the University of Windsor, they will be essentially studying online rather than in person. That’s the big change.”

He says the semester will not be delayed or end late but there will be substantial changes to the way courses will be taught. Ziter explains that he has been busy teaching summer intersession courses and there was a delay with those, but the faculty and students have been adjusting to their new reality.

“From my perspective, the university administration has been pretty proactive and has handled the situation about as well as they possibly could,” he states. “As for fall, everything’s been in place for quite a while, for a number of weeks, if not months now, so faculty have had a fair amount of time to prepare. Perhaps not as much time as we all would have liked in an ideal situation, but this is obviously not an ideal situation.”

He says that not all classes will look identical and that each member of the faculty will have the latitude to run their classes in what they see as the most effective means of delivery. “What I’m doing and what some of my colleagues are doing is delivering our courses through what’s called a hybrid approach between synchronous and asynchronous learning,” explains Ziter.

He says that synchronous learning will consist of live online lectures broadcast through the Blackboard platform’s virtual classroom. Professors will be able to record themselves on webcams, provide PowerPoint presentations, and allow students to follow along live and ask questions. Asynchronous learning will consist of pre-recorded lectures and activities in which students can participate at their own pace, as their schedule allows.

“We’re aware of that and we’re trying to accommodate students as best we can,” says Ziter. “Our goal is that about an hour a week, we’ll be together in person, which still allows students to have that interaction that is an important part of the university experience, but the majority of the content will be pre-recorded and created ahead of time so students can engage with it as their schedule allows on their own time.”

Veronique Mandal, the coordinator of journalism, public relations, and media convergence at St. Clair College, says they will have some in-class activities in the fall. “We have only two classes running in the Mediaplex and we made sure that we could do that safely with limited sections of students,” she says. “We assessed every single one of the classrooms for the labs to make sure there were no issues about social distancing. The absolute goal is that the students and the faculty can safely be in the building. I think the plan we’ve put in place is foolproof. We are very, very rigorous about making sure that we have very few students and profs in the building at one time. The rest of our classes will be online.”

Mandal says that the school has suspended two of their programs for the fall. “We didn’t feel they could begin to learn adequately online and our goal is to always make sure we make the best decisions for the students,” she explains. “We’re evaluating whether or not those would run in January, but we’re not certain of any of that yet.”

She says the faculty are not nervous about returning to work and the college has done everything within their power, based on the data that has been provided to them by the Windsor-Essex County Health Unit, to stay safe and proceed. “I don’t know what else the college could have done in terms of assessing every angle of every room and corridor in our college,” says Mandal. “We did risk assessments on every tiny room, every big room, and those were some of the most thorough risk assessments I’ve ever been through. In that regard, I can say the college has really done due diligence and I know, looking at the Mediaplex, how that’s going to work in September and I personally have no worries at all.”

She says the fall classes will be limited in size with strictly enforced social distancing, face masks, and deep cleaning between classes. She also believes there is a good chance there will be medical assessments of attendees and a possibility of temperature checks.

“You have to do this until everybody feels safe not doing it and until the medical people say there is a high degree of safety [without these measures],” states Mandal. “I know that our senior team will take every precaution possible and they’ve made it clear they’re going to make sure we’re safe in those buildings—and there won’t be a lot of us in those buildings.”