How working through survivor’s guilt led Maddie to refocus her life and find purpose in helping others
Author: Alley L. Biniarz
Photographer: Trevor Booth
1 year ago
|
No Comments
Share On 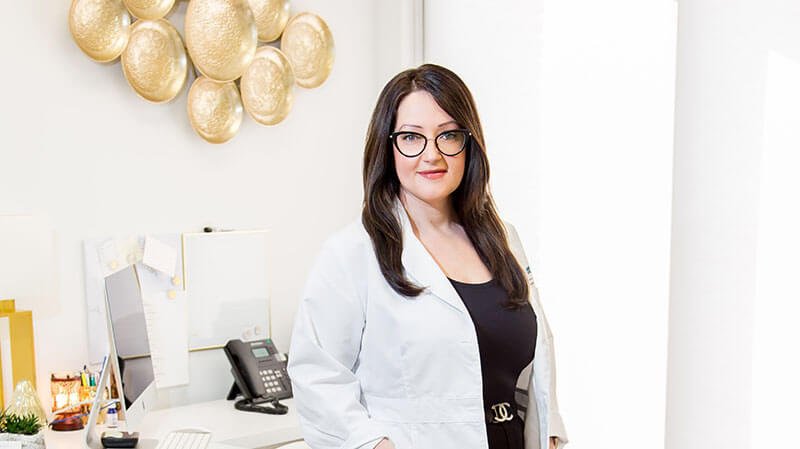 When Maddie Simone lost her two brothers to the congenital heart defect, they all share, she could not help but wonder, “why not me?”

Their genetic condition “FTAAD: familial thoracic aortic aneurism and dissection disorder, means they are all prone to aortic rupture. Maddie’s older brother initially survived a partial tear, only to lose his life four years later to Duodenal Cancer, a disease related to the genetic mutation. Their younger brother died four years after that, he died instantly of a full aortic rupture.

Receiving the genetic testing and finding out that she lived with the same condition, halted Maddie’s life. Survivor’s guilt consumed her, leaving her wondering what she brought to this world. The journey through living with fear was a long one, but then she found hope.

“For so long, I was scared that I was next to die. Then, I came across the Dr. Wayne Dyer quote, ‘If you change the way you look at things, the things you look at change.’ So, I decided that instead of focusing on ‘I have this condition,’ I focused on: ‘what’s next?’”

Wanting to do something in honour of her brothers, Maddie initially thought of her older brother and the care that he needed through his time with cancer. Having completed school for Massage Therapy, Maddie brainstormed the idea for bringing her work to those who were too sick to leave home. But when the complications of this idea took hold of her, she looked up and asked her brother for a sign. That next morning, she woke thinking of lymphatic drainage.

“Manual lymph drainage, amongst other things, treats those with a condition called Lymphedema. This is when there is damage to your lymphatic system, either born with or acquired through post-surgery or cancer treatment.” Maddie says that the lymphatic system functions as a cleansing system, which helps to take away impurities, infections, or broken tissues through lymphatic fluid. This fluid (clear fluid that you see when you get a cut) takes away all of the damaged tissue and leaves nutrients for encouragement of new cell growth.

“It’s a wonderful system, but damage to it can cause chronic and severe swelling, so I work with your lymphatic system to help encourage movement to drain those areas,” Maddie explains that lymphatic drainage involves a light, rhythmical skin-stretching massage onto the skin, and she combines this therapy with compression bandages or garments.

As of now, there are only two full-time therapists of this kind in the Windsor area and it isn’t enough to keep up with demand. “It’s difficult as a therapist to speak to someone who is in pain and discomfort and want to get them started, and then have to tell them that they have to wait three months for treatments,” Maddie says. This is why she’s been in talks with the Dr. Vodder school, where Maddie did her own schooling, about bringing the first round of training to Windsor in the Spring/Summer of 2021.

Increasing the number of trained therapists will eventually help alleviate the wait time for patients in the long run, but in the meantime, Maddie empowers those on her waitlist to perform some of the self-care treatments at home. She’ll send video demonstrations, explanatory texts, or anything that will help people through this current waiting period, “I always say, you don’t have to see me forever… I’m just the beginning of your journey.”

Maddie often offers additions to her services such as self-care training, lymph tapping, and video calls because she believes that finances should never be a boundary between someone in pain and their self-care treatment. She also hosts a monthly Support Group followed by a community walk. Once a year in September, Maddie hosts a fundraiser walk to raise money for the Lymphedema Association of Ontario’s Compassion Fund. They’ve raised over $16,000 to date for recipients to use towards treatments not otherwise covered by insurance.

This drive to bring self-care awareness and access has also led Maddie to launch an online store, which is filled with products not offered through clinics, named Angelone Health after her brothers. On this site, folks can find compression garments, dry brushes, and other items which help with circulation, inflammation, and all things self-care for those with lymphedema.

Maddie also uses her site and online platforms as an access point to educate the public on lymphedema. “The biggest misconception is that lymphedema can go away if someone stops eating so much or just takes a water pill. This doesn’t have anything to do with either. Their lymphatic systems aren’t filtering or functioning properly. Celebrities who have come out and shared their stories of having lymphedema has helped in shedding some of those misconceptions.”

Through these endeavors, Maddie lives her purpose of being a local resource for lymphedema every single day. Whether someone is a patient of hers or not, Maddie will go the distance to help them access the resources that they need. She has supported those who have gone years unnoticed, ignored, and untreated, and hasn’t given up until that person has received the treatment they deserve.

Maddie doesn’t just promote self-care work for others, but while living with her own condition, she has to be mindful of her own health too. “I don’t want to put my parents through having to bury another child, and I have small children of my own now, and I have to stay healthy for them.”

Deciding to have children in her 40s, Maddie was already at risk with an advanced maternal age pregnancy. Factoring in the element of her heart condition, she was advised not to increase her thoracic pressure, but she always knew that this was her other purpose. “I knew I was meant to be a mom. And now I’m first on medical record in Canada to not only have one child, but first on record to have two with this condition and survive.”

So, along with working out and eating well, she also meditates and practices gratitude every day for not only finding one purpose in life, but two. She is so grateful every day that she found this talent for helping others, and for her two babies who allowed her to guide and raise their beautiful souls.                          You can find more online resources from Maddie on Angelone Health, at Valero Wellness, or Active Body Physical Therapy. All resources are linked through her Instagram: @maddielymphtherapist.