Nurturing a recipe and finding her heart’s home 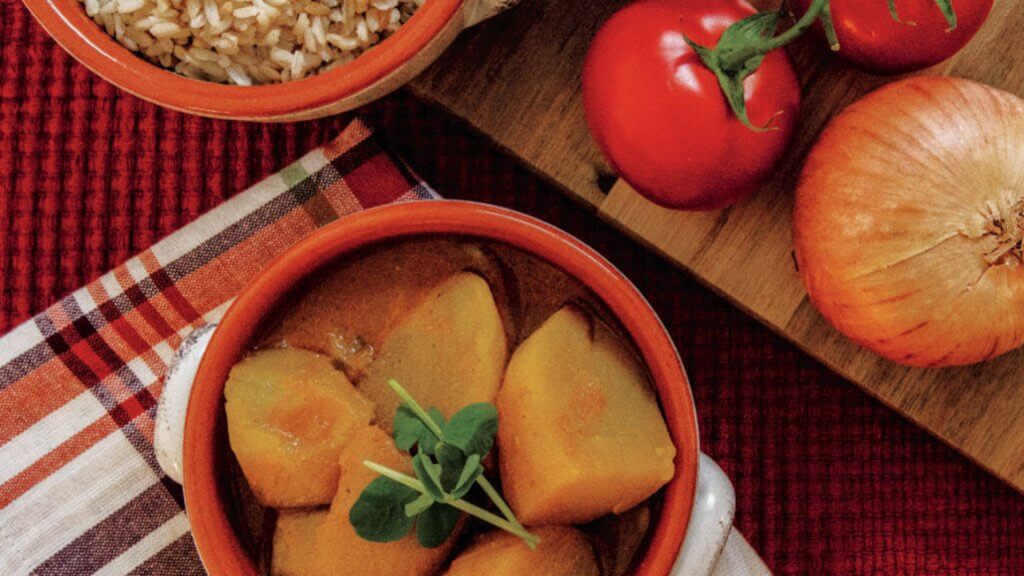 Where was this place she called home? Who was she?

There were so many homes, and so much culture wrapped up in her one self. There was no way for Neviana to choose just one place. Each home had left a special mark on Neviana’s heart, and she had no idea that each of these countries would meld with her cooking and define her from that point on.

Until she was nine years old, Neviana’s experience with cooking was connected to the incredible food scene of fresh fish and savoury spices. In the time of communism for most of Eastern Europe, there was no imported food—only what the land offered

Everything used was taken from their land: they grew their own, ate their own, and housed their own animals

“I didn’t know that all of these planted seeds of culture, and recipes and food, and growing up off the land would teach me so much,” says Neviana today

Her first memories of food happened early on. She first learned by watching and working with her grandmother, who managed a company that fed over 3,000 workers. Neviana paints me a scene of tenderizing meat. Of the smells of Bulgaria. And of course, the potatoes

“I still say, if the world had to end, just leave me with potatoes,” Neviana laughs at the prevalence of this vegetable in Bulgarian dishes. She says the traditional Bulgarian moussaka is cooked with potatoes, and even their grape leaves are made with dill and potatoes

But living with communism was financially difficult, and Neviana’s father knew their family had to leave Bulgaria. The plan had always been to move to Canada, but they first needed a point system. Neviana’s father did what seemed like the best option for his family and secured a job as a tool and die maker in South Africa. They moved from Bulgaria and soon began their next journey.

As a teenager, Neviana was surrounded by food—food that she couldn’t have even imagined while growing up in Bulgaria

The first time Neviana walked into a South African grocery store, she was speechless.

“There’s no way this can be true,” were her exact words. Surrounded by the sweet smell of bananas, oranges, papayas, and guava fruit, she was in heaven

These fruits weren’t easily available in Bulgaria. Neviana explains that she received bananas as a Christmas gift once because this treat was so rare for them

In her new home, Neviana would have to embrace English, Afrikaans, and Zulu as the primary languages in school. It was overwhelming for her, and she even wound up in a special needs class. But what she could understand was food. Food was a universal language

As her mother worked nights, Neviana was left to cook for her father and brother. She didn’t understand the knowledge that she was gaining until much later, once she became a parent

It didn’t take long for Neviana to acclimate and become fluent in both English and Afrikaans. She fell in love with South Africa. Her face still lights up at the memory. There would forever be a print of South Africa in her heart that she longs to relive

“I have so much love for that country as it shaped a lot of me. Some for the good, some for the bad, but at the end of the day, the lessons I learned there shaped me,” she says about those pivotal teenage years.

Still, while living in and loving South Africa, her Bulgarian culture stuck with her. She and her family cooked Bulgarian food at home, celebrated the same holidays, and Neviana continues to carry this as part of her identity

“We visited Bulgaria this past year for an entire month, and I’ve never felt stronger in my being than while I was there. My kids learned the language, my husband opened up, and it was just incredible to have some alone time to just be there, in my roots,” she says

Eventually, South Africa became too dangerous for her family due to apartheid, and they finally made their way to Canada. But what should have been a dream wound up being quite difficult for a now twice-displaced Neviana.

“It was very depressing for me, coming here. I felt depleted and I wasn’t sure why. It wasn’t until my thirties that I realized how much leaving Bulgaria and South Africa had left a tremendous mark on me. Having left my extended family after being so close-knit, and to be taken away because of money—just to lead a better life for my immediate family—I really lost my way.”

Neviana struggled to fit in, and to find her place, even in such a multicultural nation as Canada

“It shocked me when someone would ask if I had lived with elephants, or if I had shoes, or if I even had a bed. I had travelled a lot at a young age and understood the world. But people who hadn’t left wouldn’t have known.”

This cold shock to Neviana’s system caused her to take a few wrong turns, and she wound up being a bit of a partier as she struggled to find her identity. She deeply missed her friends in South Africa and her family in Bulgaria

“I don’t know if anyone fully finds their place after moving from another country. You can ask anybody who has moved away from their home—you just don’t fit. There’s a part of you that’s always there in your birthplace. And when you go back to visit, there’s just something about the place that refuels you, calms you, and makes you feel whole again.”

Neviana lives with her kids and her husband here in Windsor, but she is constantly pulled back to her roots in Bulgaria

And when it comes to the food at Carrots ’N Dates, it’s half Bulgarian and half South African. But that wasn’t her intention. It was just that all of the flavours melted together after years of practice. The two countries stayed in her heart, and were now in her food

Neviana explains how the two nations of flavours come together. “A lot of the Bulgarian savoury spices like paprika, we fly in. You can’t buy the savoury of Bulgaria anywhere here. And South Africa has amazing curries, which you can find in our curry lentil soups.”

Cooking for Neviana means nurturing others. It’s a form of art and an expressive tool. For Neviana, cooking is an authentic experience and that’s how she likes it to be

“It’s almost as if the recipes download into me. If I sit down and really meditate over a recipe, it just comes naturally to me. I don’t struggle with cooking,” she says

Cooking has helped Neviana heal from her trauma of moving, and from the distress of figuring out who she was

“With moving around so much as a child, it’s easy to get lost,” she says. “I sure did. I got lost in my identity, in asking myself who I was and what I wanted. This happens so frequently, especially in Canada, where so many of us have moved away from home. We truly don’t know how that moving will have impacted us until we learn how to heal. I did my healing, and I’m stronger than I was. Now that I’ve worked through the emotional struggle, I want to guide anyone else who may be facing their own battle with ‘home’.”

Neviana creates such unique dishes that really could only be made possible in a multicultural country like Canada. She jokes that she wouldn’t be able to bring a curry dish into Bulgaria, but here, whether it’s Thai or curry, everything is accepted

Each of Neviana’s recipes comes from her heart, which will always be divided between Bulgaria and South Africa. But the way she brings her heart home is through her cooking. And we’re so lucky to catch a glimpse into her heart through her incredible dishes.

Neviana would like to share a dish that expresses both parts of her heart, with a curry potato dish that embodies Bulgaria with a splash of South Africa

The three best parts of cooking this dish, in Neviana’s eyes, are:

3. When the soup cools off, it should become thick and delicious. Neviana recommends smearing it on bread, and topping the sandwich with tomatoes, for an easy lunch

(You can add your choice of meat before adding water and potatoes. Simply sauté the meat with all of the ingredients and then add potatoes and water.)

When this dish cools off it becomes thick, so adding a bit of water to reheat it helps. It also makes a delicious spread on toast