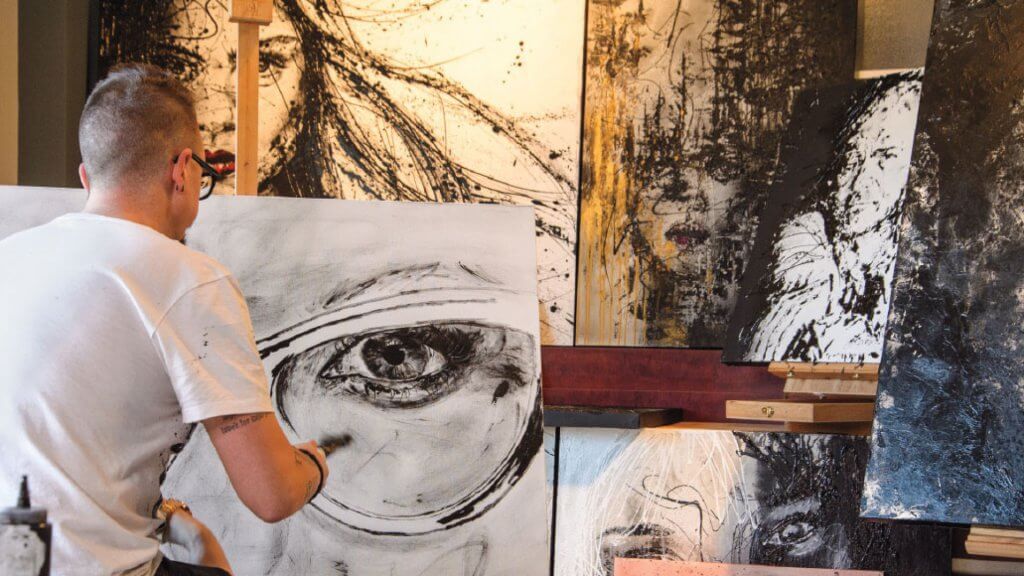 There are very few times a journalist gets the opportunity to interview someone like Asaph Maurer, gaining insight into what an upbringing is like for a child born into a cult

The Children of God is a cult that began in the United States during the late 1960s by its founder, David Berg. Berg’s cult spread like wildfire and he claimed to have 130 religious communities around the world by the 1970s filled with men, women, and children

Asaph was one of those children

Born in Mexico, Asaph lived there for the first six years of his life before he was uprooted to India. The formative years of his life were sheltered from all influences outside of the cult. There was no access to doctors, public school, music, television, or books. The cult members were raised with the belief that the world was evil and it was run by the devil. Only the Children of God were free of this evil because they were God’s chosen children

“I never met the leader of the cult, but he was the one who raised all of us,” Asaph said

Members of the cult lived in communes consisting of 30 to 50 people living together under one roof. They were separated into groups by age and homeschooled. Asaph says every spare moment was spent studying the bible and Berg’s teachings. Eventually, they were sent out into the world outside of theirs with the intent to convert others into their way of thinking

During his time inside the cult, Asaph got married and had five children

“That kind of environment lends itself very easily to abuse and there was a lot of of physical and sexual abuse of children,” he said. “It was a childhood I had no control over but after I became an adult, I realized this is not the way I wanted to raise my family.”

At the age of 28, Asaph and his wife escaped the cult, fleeing to Toronto from India. Living in total isolation with no exposure to the outside world, they started their lives from scratch

“We were out of the daily brainwashing and indoctrination that allowed us, very slowly, to realize what it was that we had been born and raised into,” he said. “So, we never went back to it.”

Eventually after living together for some time in Toronto, their marriage didn’t work out and Asaph and his wife separated. There was a short period before moving to Windsor where Asaph lost a sense of what he was doing with his life. With his marriage over and his future unclear, he turned to alcohol

“Combined with the fact of having such a sheltered upbringing, I defaulted to the most rebellious activities: drugs and alcohol,” he said. “The real problem was that I didn’t have any kind of clear picture that connected with me for my life and since I didn’t, my life became a series of going out and making decisions that could have been replaced by better decisions. It got to a point where my life was in shambles and I couldn’t stop. This lasted for nearly six months. Towards the end, I couldn’t function without alcohol.”

Asaph took the necessary steps to recovery. He found his own path, providing himself a life from which he no longer needs to escape with booze and drugs

“Through my experience, I learned that any step that a person wants to take to recover their lives is a perfectly good one,” he said. “It’s the right thing, it’s the right step. Even if it is going from a very harmful drug to one that is less harmful. The idea is that you can’t get better if you’re dead.”

Asaph struggled to find his place in life, but because of his tumultuous childhood that had kept him sheltered from the very world in which he now lived, the path forward was unclear. So he turned to a hobby he’d been chastised for in his youth: visual art.

Asaph had always harboured a love for art and creating it—getting lost in drawing faces for hours. There were very strict rules for what creativity was allowed inside the cult and that stifled his creative process

“In my teens, I had a phase where I drew nudes or semi-nudes and those got collected and were burned for being inappropriate,” he said. “There was always creativity in me but I didn’t have much of an outlet inside of this religious organization. I think once I tasted the standard job offerings of society, I had to look at the path of pursuing education or a different route where I would pursue my own interests.

“I took the second route,” he added

In only a year and a half, Asaph, now 37, has built himself a career working as a full-time artist in Windsor. He bounces back and forth between his studio at home and the Accelerator on Howard Avenue. You can find him spending roughly eight to ten hours painting each and every day. His niche is portraits.

“I use acrylics on gallery-wrapped canvases,” he said. “I will use mixed-media as well, but primarily acrylics. Most of my art is black and white. I find that there are fewer artists who work in black and white and I find beauty and creativity within the two contrasts with the shades in between. I find it to be a great challenge.”

Asaph uses techniques such as splatter art and another called piping. Piping is when paint is funnelled through cake piping bags or snipped Ziploc bags with different sizes and shapes of holes in it. It gives the paintings more texture and depth. He says piping is his most dominant technique and a lot of his work has some form of it

When I asked Asaph about his creative process, I was surprised to learn that he doesn’t require intense focus on the task at hand. Instead, Asaph will listen to audiobooks while he paints, focusing on not one, but two things at once

As reading was banned within the cult, it wasn’t until Asaph escaped nice years ago that he picked up his first non-religious book.

In the nine years since, he’s become a voracious reader

“I have read nearly a thousand books,” he said. “I am very pleased I’ve been able to read that many books. I think it’s the core of any ritual that I have. I’ll put on a good audiobook and I’ll get to work while I listen about the lives of great achievers, which then inspires me to try to achieve greatness.”

Our time together was wrapping up and I couldn’t help but feel inspired by Asaph. Despite such a sheltered past, he escaped his prison and found himself in a world about which he really knew nothing. Through acknowledging his addiction to alcohol and overcoming it, he braved the decision to pursue his passion

“The word addict, I think it’s a beautiful word. It can be applied to anything. The people who are the highest achievers in life have that same tendency. I have always had it. For a while, it was channelled to actual addiction but now I am channelling it towards something better. I wake up, make a painting, and as soon as I’m done—I want to make another one.”