As patients feel more and more let down by a medical establishment that medicates instead of cures, a wildly successful Windsor podcast offers an alternative— one that is actually garnering results
Author: Myles Shane
Photographer: Syx Langemann
3 years ago
|
No Comments
Share On 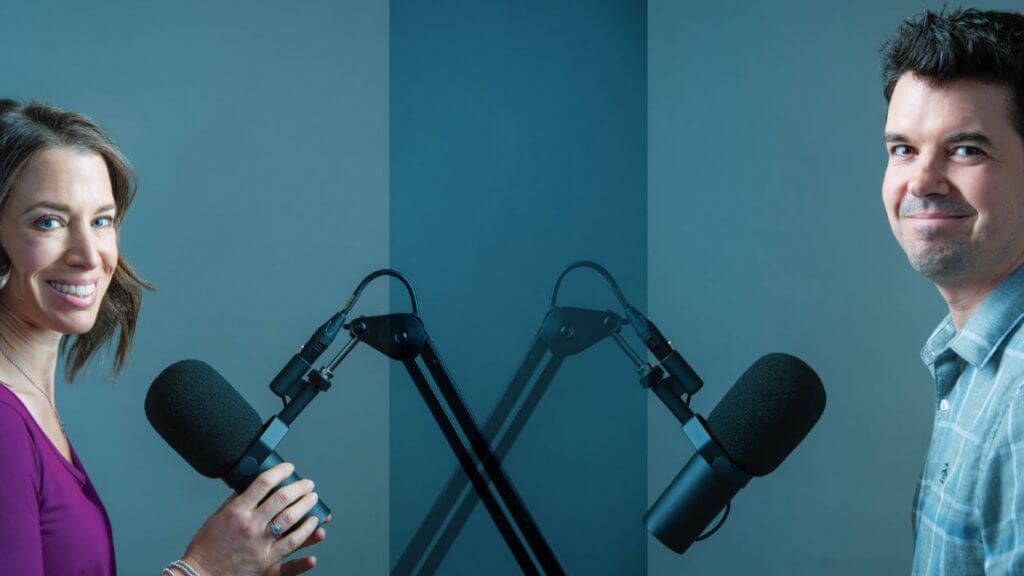 Growing up, I had an ongoing list of both physical and mental health issues. Out-of-control psoriasis covered huge stretches of my body. I’m allergic to pollen and grass and used so much Dristan the company’s shareholders should put me on their Christmas card list. By six I was diagnosed with dyslexia and labelled a “slow learner” by the school psychologist. In my thirties I was diagnosed with depression and anxiety, for which my psychiatrist prescribed multiple types of medications that I’m still taking. Approaching my fifties, I’ve developed sleep apnea and high blood pressure

And then I discovered The Ultimate Health Podcast, and after only a few weeks of listening to it, I started to wonder if the hosts—husband-and-wife team Marni Wasserman and Dr. Jesse Chappus—were producing the podcasts just for me

The Ultimate Health Podcast is one of the hottest shows online. It’s been downloaded over 10 million times and is at the top of the charts in both Canada and the United States. Produced in Windsor, the show features interviews with world-class experts from the health and wellness fields during each one-hour episode. On each program they explore different topics, such as lifestyle, mental health, nutrition, fitness, self-help, sleep, meditation, and spirituality. Perhaps the reason TUHP has been such a success from the beginning is, compared to the hundreds of health podcasts on the web today, TUHP doesn’t offer the typical Western medicine mantra: go see your doctor and he/she will prescribe you medication for your ailments. Instead TUHP is all about a holistic approach to the body, where naturopaths or functional medicine teams take the spotlight instead of doctors and emergency rooms.

One of the most intriguing topics Jesse and Marni explore is mental health. Kelly Brogan M.D., a holistic women’s health psychiatrist and author of the New York Times–bestseller A Mind of Your Own, stresses the importance of strengthening the gut to help brain health. Many experts in the field believe that inflammation is at the root of many mental health disorders, namely depression. Professionals agree the most common ways to naturally manage mental health issues include meditation, journalling, gratitude practice, and spending time in nature, as well as eating a diet that is low in inflammatory foods and maximizing colourful vegetables.

Through the course of almost 300 episodes, the couple has interviewed colleagues within the health industry, as well as some celebrities, like Deepak Chopra, a respected author of books on holistic health; Carrie-Anne Moss, a Canadian actress best known for her roles in The Matrix and Memento; and Arianna Huffington, the co-founder of the Huffington Post. But the podcast hasn’t just changed the lives of its listeners—it helped one of the hosts, too.

In May 2017 Marni began feeling off. She was experiencing low energy, weight fluctuations, hair loss, cold and hot body temperatures, puffiness, malabsorption of certain nutrients, and a high level of antibodies. When a few guests began recounting similar symptoms and said they’d been diagnosed with Hashimoto’s Thyroiditis, a condition in which the immune system attacks your thyroid, Marni wondered if she could be suffering from the same condition. One of the critical bits of information the guests mentioned was the importance of receiving the right types of tests to confirm the illness

“I had to go around my doctor to request the right testing to analyze my antibodies for my thyroid panel,” Marni remembers. Her personal GP refused to provide her a requisition for the specific tests. Subsequently, Marni’s naturopath provided her the appropriate tests, which revealed she did in fact have Hashimoto’s. “I have no idea why my doctor would deny me these tests. This further fuelled my lack of confidence in the medical system.”

For the last year, Jesse and Marni have been working with a functional medicine team to figure out the root of her health issues. Marni explained that her team is obtaining a full picture of her body’s current state and is assessing her through gut analysis, urine tests, and bloodwork. “I have also been doing a lot of my own research, reading books and blogs and listening to podcasts to create a healing protocol that has been really helpful in evolving my diet and lifestyle. I changed my diet from being vegetarian to more of a paleo diet—I eat meat now, no grains, and tons of veggies and healthy fat. I also changed my lifestyle to include more rest and relaxation, lower-intensity workouts, more sleep, and lots of sauna therapy.”

Before The Ultimate Health Podcast, Jesse was a chiropractor in Tecumseh while Marni, who lived in Toronto, taught plant-based cooking classes. The couple met when Jesse contacted Marni to ask her to write a piece for a health blog that he produced.

Marni recalls how their romance blossomed. “I asked him to support a Kickstarter campaign I was working on to open my food studio. Then in May 2013, I reached out to Jesse, asking if he wanted to hang out and go for a run. We met up every two weeks over the course of two to three months with mini-adventures in different spots between Windsor and Toronto like Guelph and Burlington, and had health- and food-related dates. In July we became a couple.”

They debuted their podcast in 2014 while long-distance dating. They knew they were onto something the moment they conceived the idea. “Jesse has always been passionate about podcasting and sharing a health message.”

Some of the earliest episodes were recorded in a bedroom of Marni’s apartment. Jesse would pack all the electronics and materials for that week’s podcast in a cardboard box and drive up to Toronto on the weekends. “We stood at the dresser sharing a mic,” Marni said. “Jesse has always been a stickler for good quality sound and it was very hard to get a quiet enough space in my apartment.” They did another segment in the bathroom at Marni’s food studio. Jesse would return to Windsor and edit the latest episode during the week, often between patients.

As the podcast became more popular, Jesse retired from his chiropractic practice in Tecumseh and joined Marni in Toronto. The show was starting to generate income—their first sponsor was Sunwarrior, a plant-based protein company. Since then they’ve signed on many sponsors and the podcast has become their full-time careers.

Now both Jesse and Marni are in Windsor full-time. The Ultimate Heath Podcast has helped many listeners’ physical and mental health issues—including mine

TUHP has shown me there’s more than one way of approaching your health. I’d always relied on traditional Western doctors, which might explain why my medicine cabinet is overflowing with prescription medication and my ailments never seemed to improve as much as worsen. TUHP spends a lot of time discussing how the body should be evaluated as a whole and not simply part-by-part. Over the last six months I’ve taken the program’s advice and have begun treatment with a naturopath. My blood pressure has gone down, my psoriasis has cleared up, and I’m slowly coming off my medications. Oh, and I’ve also lost almost 100 pounds. With TUHP’s motivation and inspirational teachings, I’ve never been healthier

For more information, link to The Ultimate Health Podcast.