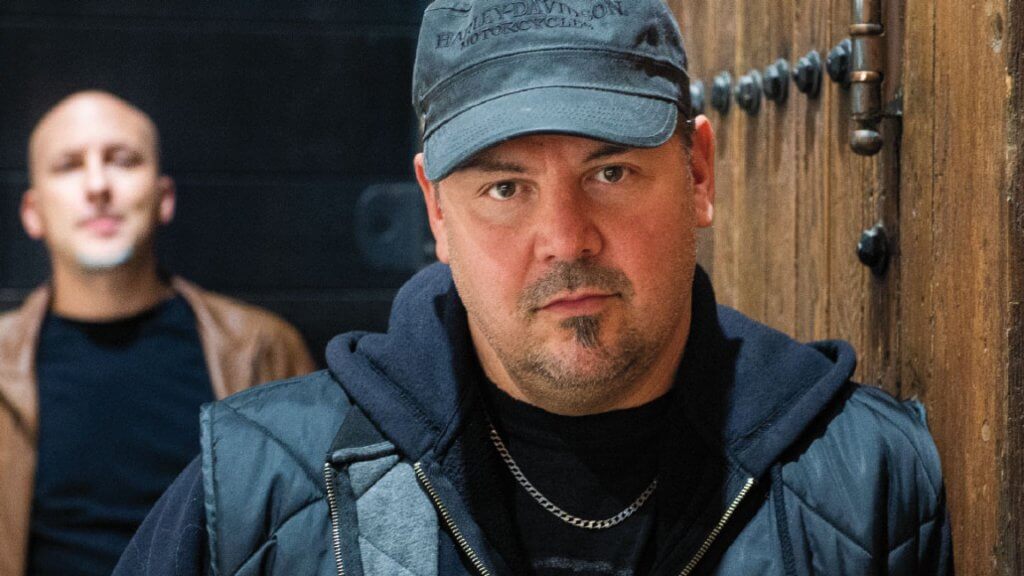 Robert Higgins, the former owner of Koko Pellies, is no stranger to working tirelessly to follow a dream. He has been a firefighter for 17 years, the lead singer in a band for eight, and teaches at St. Clair College, among many other things. With so many successes to be grateful for, what do you do when a dream comes to its natural finish?

You write a song about it

The DRIVE recently sat down to an open and candid conversation with Higgins about how he lays it all on the line in his first solo song “This Old Bar.” He sings about the good, the bad, and the ugly of living through his dream

“This Old Bar” is about owning and eventually closing Koko Pellies, a downtown watering hole that was frequented by many Windsorites during the slow demise of Chatham Street. “Thirteen years of running that place and six years to write a song about it,” laughs Higgins. “That’s the reality of this journey.”

Higgins kept the bar running for much longer than he intended to because he was holding out for the long-hoped-for revitalization of Chatham Street to begin. “I feared that I would close, something would happen in six months, and everything would be back to what it was. I was going to be kicking myself for not sticking it out,” said Higgins. “That’s why I stuck it out too long. Now it’s been six years since we closed the place and it still says ‘For Lease’ on it. The marquee I put up out front is still there.”

Higgins said when he went into the bar recently to shoot the music video for “This Old Bar” it was like walking through a time machine. The bar was gone but many of the things on the walls and some of the stuff in the office, like notes he had written to himself, were still there.

“Walking in there was overwhelming after six years. I stood there and I was like, how many times have I walked through this door? The things that I saw,” reminisces Higgins. “The proposals, the fights, the bands, everything. Then after about an hour someone knocked on the door and was like, ‘you can’t park there’ and I thought, oh yeah, I don’t miss this.”

The song lyrics speak to anyone who has had a dream and played it out to the finish. While remembering and singing about the many years of running a bar, Higgins takes you through your own losses to the other side with a sense of pride and gratitude.

With the full support of his band Drop Dead Famous, Higgins produced “This Old Bar” as a solo venture. The decidedly country feel to the song was a departure from the band’s pop/rock style, so it made more sense for Higgins to do the song on his own. But even though the single may be a solo project, the help and support he has gotten from his band has been instrumental—the song was co-written with guitarist Dave Sinewitz, whilc keyboardist Chris Blais helped with the music video.

“We are all like brothers,” says Higgins. “There are five of us and we’ve been together for eight years doing this thing. This song doesn’t signal my departure from that in any way; it is an extension. I feel like I wouldn’t be here without them.”

“This Old Bar” will have its official acoustic debut on February 9, 2019, at Higgi’s Harmony in Action Bash at Average Joes Sports Bar, 1286 Lauzon Rd., in Windsor. Harmony in Action is a program that assists adults with developmental and physical disabilities, giving them the opportunity to experience personal growth and social integration. Higgins started throwing the February fundraiser as a tribute to his sister.

“My sister Jenny, who was mentally challenged, went to Harmony in Action. She was like this huge, huge spark in our lives. She was the funniest, happiest person I have ever known and she just loved, loved, loved music,” said Higgins

Jenny passed away about five years ago and Higgins still holds an annual fundraiser for Harmony in Action. “I have probably done at least 10 or 15 charity events for them with the Higgi’s Harmony in Action Bash,” said Higgins. “We try to do an event once or twice a year to help raise money for them.”

Higgins has some more country songs in the making and hopes to head to Nashville for some recording time. To check out his music, visit soundcloud.com/higgicountry or dropdeadfamous.org.