Rockin’ with The Blue Stones 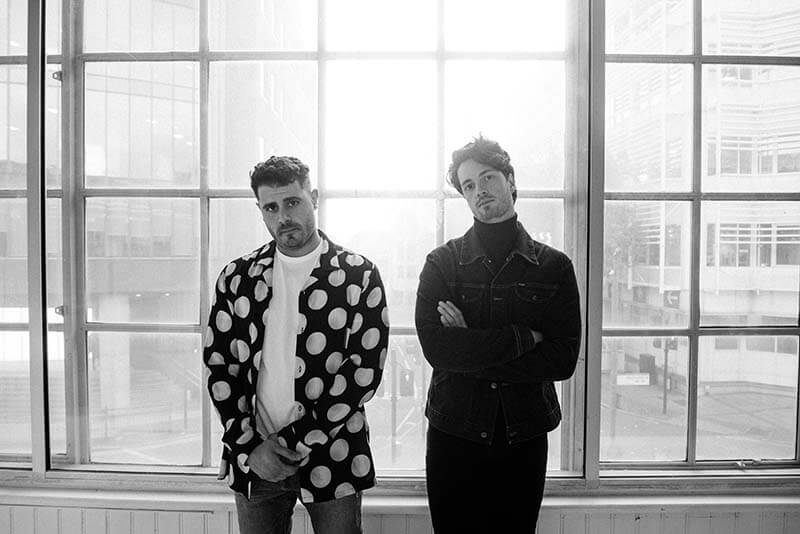 Since forming in 2011, the Windsor rock duo of Tarek Jafar and Justin Tessier, known collectively as The Blue Stones, have developed a worldwide fanbase through their infectious blend of bluesy tones and psychedelic rockscapes.

Their debut record, 2015’s Black Holes, gained The Blue Stones international fandom with their hit singles “Black Holes (Solid Ground)” and “Be My Fire”. Rereleased three years later on the eOne label, their popularity continued to grow, and the duo was honoured with a Juno Awards nomination for their efforts.

In 2019, the band set to work on their follow-up, Hidden Gems. After touring the world and getting signed, Jafar and Tessier hit the studio and started converting their thoughts to sounds. Summer 2019 was spent writing and recording. Little did they know, their world – the entire world – was about to change.

“Everything was smooth sailing,” exclaims Jafar. “We had finished our first session of recording in Kingston in September and then headed out for a European tour. We came back in January 2020 to finish up the album, which was just two months before everything shut down. Right when we were in the mixing and mastering phase of everything, that’s when the whole March shutdown happened. From that point, for a whole ‘nother year, we had to put the album release on hold. Luckily, we had finished recording everything right before the whole world shut down.”

The Blue Stones, like every musical act across the world, were pulled away from their fans by the COVID-19 pandemic. Unable to tour, the band knew that it would be almost impossible to properly market and promote Hidden Gems – and on the shelf, it went. There the new album sat. However, the pandemic allowed the bandmates a bit of a breather from the hustle and bustle life of a rock band.

“It’s been nice to be home, to be honest,” admits Tessier. “Even for the first eight months, it was nice to finally be in one place for an extended time. That was kind of cool. We’ve been writing since then. We did a lot of live streams and focussed more on the social media side of things.”

After much delay, on March 19, 2021, Hidden Gems dropped. The lead single, “Shakin’ Off The Rust”, soared to the top position of the Canadian Rock Charts and reached No. 5 on the Billboard Mainstream Chart.

“I wouldn’t say there is any one specific concept,” explains Jafar. “I think it’s more of a collection of songs that are a snapshot of where we are in our lives and also our careers. This is our sophomore release, so I feel when we were writing these songs, and lyrically, a lot of the content was about finally feeling like we know who we are as a band now.

“We are a lot more mature than we were when we released our first album. It’s that feeling of confidence and knowing your place in the industry and knowing your place in your own life and not being ashamed of where that ended up being. A lot of the songs are about that and the process of being a musician – going from being an indie musician to being somebody who is part of a record label and is touring. It’s a transition that we’ve both had to make in our lives and this album is a representation of that.”

The duo is grateful for the support of the Windsor music scene and how it has helped propel them into international waters.

“It’s a really good city to be in a band because the community is so tight and always has been,” states Jafar. “There’s just so much raw talent around this city. I think the thing that helped us the most, developing as musicians in Windsor, was all of the support and the people that would come out and watch the shows and push us forward. It gave us the confidence to take it outside of the city. That’s something that helped build us up early on – that feeling that our hometown has our back. That’s always been a nice thing to know.”

With no touring for over a year, The Blue Stones are preparing for an American fall tour, festivals, and a 2022 World Tour.

To start 2022, The Blue Stones will be pairing up with Toronto hitmakers The Beaches for a Canada-wide tour.

“We’re so excited to be doing that,” states Jafar. “That’s a band of serious rock ‘n roll chicks that we’ve wanted to play with for a very long time.”

After over a year of social distancing, Jafar and Tessier are excited to be getting back to where they belong, upon the stage.

“I’m excited to be going back to live shows, but, at the same time, I’m a little bit nervous because it’s been so long since we’ve performed. It’s going to take a few times for us to get back into the groove. It’s a weird little mix of excitement and caution, which is kind of like, ‘Oh shit! Am I ready for this?!'”

For upcoming The Blue Stones’ tour dates, please go to their website at thebluestonesmusic.com.