Author: Suzy Kendrick
5 years ago
|
No Comments
Share On 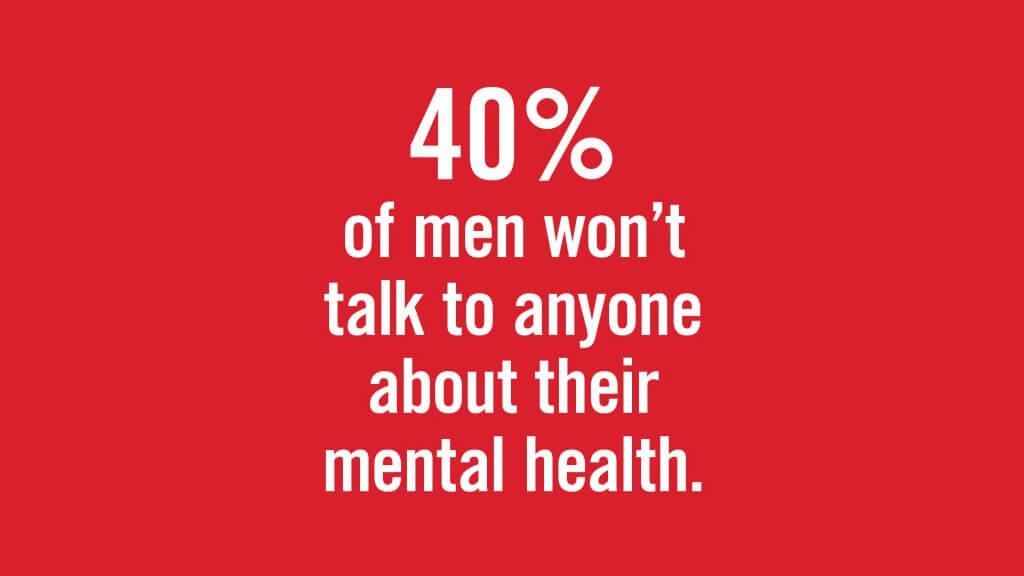 As women are given ridiculous standards of beauty through the media, so are men subjected to outdated stereotypes of society’s emotional expectations of them.

“We have inculcated a culture in our society that men have to be tough, men have to be strong,” says Dr. Don McCreary, co-chair of the Toronto Men’s Health Network, associate editor of
the_InternationalJournal of Men’s Health
_and one of a small handful of men’s health researchers in Canada. “Our society is very good at punishing gender deviation in men. Weakness is not considered to be masculine.”

Changes need to be made with the way we talk to males, right from childhood, about sharing their thoughts and feelings.
Justine Janssen lives in Walkerville with her husband Eric, two-and-a-half-year-old son, Jack, and one-year-old daughter, Grace. Janssen admits that she does catch herself telling Jack “you’re okay” when he falls, where she thinks she babies Grace a little more.
However, Janssen says she believes the example we set for our kids about what male and female roles are is the most critical element in combatting gender stereotypes.

“We approach parenting in a real partner fashion,” says Janssen. “I have a very demanding career and so does Eric. We take turns with the kids, but Eric is just as much the caretaker as I am. Eric does a lot of the cooking. I am teaching Jack to skate.”
Children’s literature is even beginning to fall in line with helping boys understand that it’s ok to talk about your feelings.
Tough Guys Have Feelings Too by Keith Negley is an adorably illustrated picture book about how everyone gets sad: ninjas, wrestlers, knights, superheroes—even daddies. It’s a lighthearted way to teach boys how to recognize and show their feelings instead of shying away from them.

“I think the most important thing is to be aware of encouraging children to speak and share and to hold space for them to express their emotions without feeling embarrassed or ashamed,” Janssen says.
In 2016, the Windsor-Essex County Health Unit prepared a Mental Health Profile of Windsor and Essex County. Their main objective was to capture the current status of mental health in our community.

Of all the findings, the most alarming is that the number of suicides is increasing in our area, and men accounted for nearly three in four self-harm deaths, in many cases, by intentional self-poisoning.
Jenny-Lee Almeida is a Canadian Mental Health Association (CMHA) Windsor mental health educator. Her role takes her out in the community, predominantly in schools, where she gives presentations in an effort to raise awareness about mental health.

“When someone is struggling, it’s harder to open up,” says Almeida. “Plus, it’s the stigma. Mental illness topics like anxiety or depression are still, unfortunately, seen as taboo.”
Take the Windsor Spitfires, for example. All players take part in a suicide awareness program given by Almeida.

“I think it’s important to have [the players] try to open up, but it can be hard to process or even explain what they are experiencing,” she says. “When asked why they may be hesitant to share, it comes down to being embarrassed, being judged or being benched.”

Being aware of your mental health is important and maintaining it is a lot like staying physically fit. Yet, mental health isn’t given the same respect that physical health is given. We wouldn’t think less of someone who is diabetic taking their insulin; why would we think less of someone speaking about his mental health?
At least one in five Canadians will experience a mental illness in their lifetime. If you haven’t already had a personal experience, chances are high you know someone who has. Part of the problem lies with the hesitancy to openly talk about it. That’s why it’s called the “silent crisis.”

Approaching conversations can be challenging. However, if you have noticed signs that concern you in a man you care about, here’s how to broach the subject.

Almeida advises you get straight to the point. Tell them you’ve noticed a certain worrying
behaviour
and you’re here for them to talk to. Keep in mind, while you may not be the one to help them solve their crisis, you can then assist them in getting the help they need.

“I find when you do ask, it is such a relief for the individual,” Almeida says. “By initiating the conversation, you take the burden off the person experiencing the struggle. The biggest thing is once they start talking, just listen. Half the time they just need to get it off their chest.”

Every May for the last 66 years, Canadians in communities, schools, workplaces and the House of Commons have rallied around CMHA Mental Health Week.


Mark the date
in
your calendar to do a mental health check-in during this time via CMHA’s checklist available on the website.

There may be a long way to go before the depth and breadth of knowledge about men’s mental health issues approaches that relating to women. But one by one, more men are coming forward and openly addressing mental health.

“I don’t want to be a burden to anyone.”

stigma around this type of thing.”

“I don’t want to admit I need support.”

“I don’t want to appear weak.”


CAUSE FOR CONCERN – Signs to watch for:


• Having strong feelings of anger

• Having strange beliefs not based in reality (delusions)

• Hearing or seeing things that aren’t there (hallucinations)

• A growing inability to cope with daily problems and activities

• Thinking about harming or killing oneself

• Not admitting to obvious problems

• Having many physical ailments that have no clear cause

• Feeling sad or irritable for more than two weeks

• Feelings of extreme highs and lows

Empowering someone with a brain injury

Young Canadians and Their Confidence in Financial Knowledge