Focusing on the task at hand: An Inside peek at the life of Matt Marchand

Who is this politician outside of his campaign?
Author: Alley L. Biniarz
Photographer: Syx Langemann
4 years ago
|
No Comments
Share On 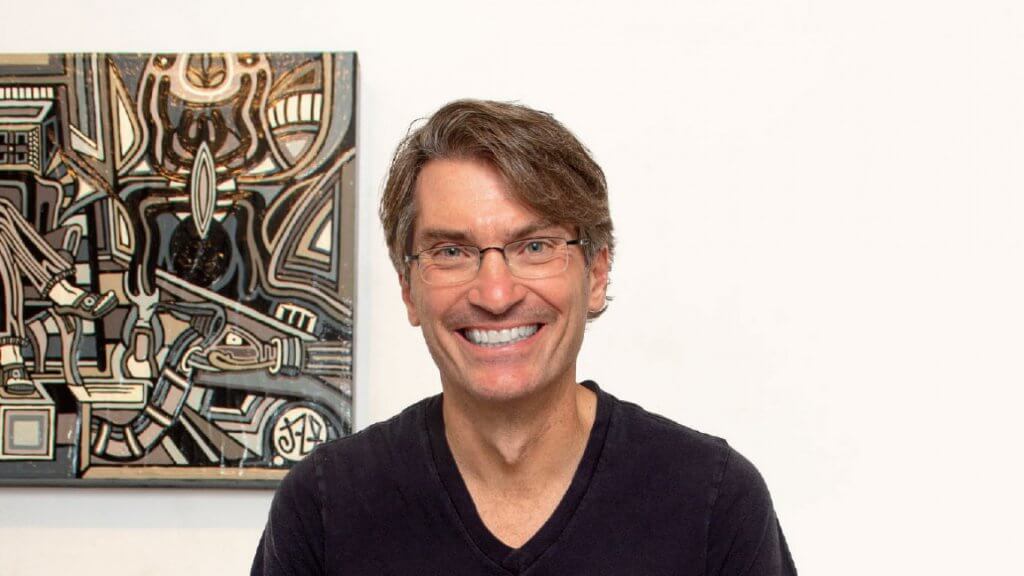 Sitting in the Riverside Pie Café, Matt Marchand lifts his hair to show me the miniscule hockey scars that decorate his forehead

Growing up, his family had a hockey rink in their backyard, and by age five Matt had been taken to the emergency room three times. His mom cried that he would never live a normal life—that he’d just become one big stitch by age 10. His dad thought it was great—this meant he’d grow to become a great athlete.

There was this interesting dynamic present in Matt’s childhood. With a Windsor-Essex Sports Hall of Fame father, and an art history major mother, Matt’s days were split down the middle. In the morning, he went off to the art galleries and in the evening, it was to the football field

“Well, at age five, it’s pretty much being dragged to the art galleries,” says Matt Marchand, mayoral candidate. “From a young age, my mom was very adamant that we be exposed to the arts early.”

From Toledo to Toronto, the kids visited each gallery their mom had in mind, and it carried forward and transformed and transposed itself into Matt’s love for architecture

“Look at me: one side is art and architecture, and the other is athletic. It melts together into one person. We can have a very eclectic conversation—in the same sentence I can mention both architecture and then triathlons,” he says about his dual passions

Matt’s life with athletics took off with baseball, hockey, and playing on W.C. Kennedy’s football team in high school. But it was never about the sport itself; it was about a mindset that was formed from playing them

“Sports are about discipline,” says Matt. “It’s about what happens when everyone comes together on that field. It’s about what you learn and take away from the sport.” This mindset was one that the entire team would get behind, and once they did, the coach knew the commitment the team would bring to the field. “Sore. Rain. Cold. Tired. You name it, and we still played.”

Matt jokes that the only excuse for missing practice was death, and that was your own. Even then, you were expected to haunt your team. “We practised twice a day, every day, for seven days. You’re playing when you don’t want to play, playing when you’re hurt, playing when you’re sick. It’s about taking yourself to a place in your mind to overcome obstacles. When the obstacle is in front of you, it’s your job to remove it. There are no excuses when you step out onto that field,” he says

As extreme as it seemed, this mindset formed a basis for Matt’s professional life and encouraged him to constantly step out of his comfort zone and to push himself further

“A lot of my experiences in life happen this way. It’s not about the particular thing for me, but the broader teaching lesson. It’s about doing stuff you normally thought you couldn’t do and then just having to go do it,” he says.

Matt’s philosophy comes down to making yourself uncomfortable. The importance of stepping out of his comfort zone is exactly why he began competing in triathlons in the first place

“I used to either bike, run, or swim. So I thought, why not do all three? It was totally out of my comfort zone. I said, ‘Let’s just do it. Let’s just get it done.’ And I began training for it.”

It all goes back to what his coach would say in practice: “Focus on the task at hand.”

It meant that even if you had 200 problems, you had to focus on problem 2 first. Once you figured it out, then you could move onto problem 3, and work downstream until you got to them all

Matt’s grades were good throughout his Honours Bachelor of Commerce at the University of Windsor, so his friend thought it was a great idea. Matt wasn’t so sure at first, but he ended up applying to the London School of Economics (LSE) anyway, and got in

He had never visited London and he didn’t know anyone there. He had two bags and a carry-on. As he stared up at his new ceiling in his London flat, he tried focusing on the task at hand

“If you look at the whole picture at once, you get intimidated by it. Just chunk it all down to small pieces and do the first thing first,” he tells me

The LSE challenged Matt in a similar way as his sports teams did. It brought together powerful people from schools all over Europe, but it didn’t matter where you’d come from. Everyone was at this school, and they were expected to perform at a certain standard and level. The school challenged Matt to go places he didn’t know he could

Being in London was also architecturally stimulating for Matt

When he looked at the buildings in Europe, he could see Rome’s impact on how the roads were laid out in London. He was fascinated by the Tower of London and how it resembled the Ancient Roman court. Much of his recent interest in Roman history was sparked from living abroad. You wouldn’t know offhand that Matt is an armchair historian, but once you get him started he can speak endlessly about the impact of that time on Europe and on today’s society.

Coming back from his studies abroad in 1992, Matt had no plan. But as luck—and having good contacts—would have it, things came full circle for him

With one call, his old football coach gave him one more task: to go work for Mike Hearst. His coach was running the campaign for the mayor at the time, and Matt agreed to report for duty the next day

And that’s how he ended up serving as Policy Assistant to the mayor from 1992 to 2003. From there, he continued to work within Government Affairs, and eventually became President and CEO of the Windsor-Essex Regional Chamber of Commerce

“Sometimes life is about serendipity, but most of the time it’s just about building connections and relationships,” Matt says. That’s how he continues to build most of his team now that he’s running for mayor. Once Matt has pulled someone in, they’re stuck with him for life. Including his executive assistant Lindsey Rivait

She sits at the Pie Café with us, and jokes about being dragged into his morning routine of waking at 5:30 am, but in defiance, she sends him grumpy Garfield GIFs. Lindsey jokes that the latest she can sleep in anymore is 8 am, but adds that the campaign has been an incredible ride so far

Ever since delivering the Globe and Mail as a kid, Matt has been a morning person. He never snoozes his alarm as his favourite thing to do is watch the sunrise, whether he watches it from his boat or during his morning workout

Aside from being an avid reader, Matt continues to clear his mind through fitness. Once or twice a week, he and his partner Charlotte Loaring get a workout in together and then enjoy a treat at the Riverside Pie Café. Charlotte is a fitness enthusiast as well, having even participated in an Iron Man competition in South America.

Matt says that when the two had first met, Matt had asked her to go for a swim. He had no clue about Charlotte’s impressive swimming past as the captain of the Toronto swim team. She’d never lost a race.

Matt was exhausted by the end of the length, and as he looked back he saw that Charlotte continued. Effortlessly. “She completely crushed me.”

When I ask if they’re highly competitive as a dynamic sporty duo, he says, “Oh no, she kicks my derrière.” Charlotte pulls Matt into the water for their workouts, and they usually swim about 2000-3000 metres together. What Matt does in 90 minutes, she does in under an hour

But instead of being intimidated by it, he looks at the whole picture and chunks it down. He continues to push himself outside of his comfort zone by “focusing on the task at hand.”