The World According to Jim 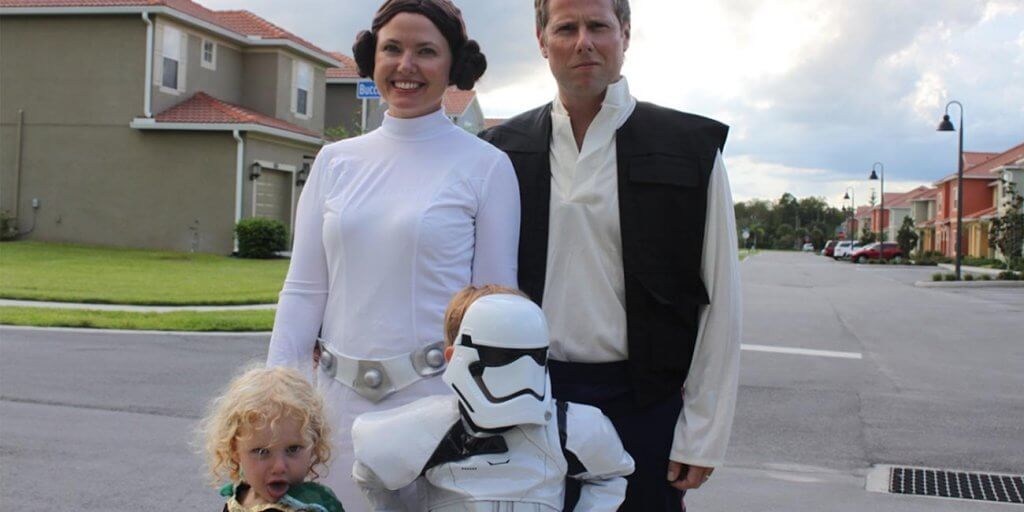 If you feel like you’ve seen Jim Annan before, that’s because he’s been in film and television for 16 years. He’s known in the industry as a character actor—the Swiss Army knife of supporting actors who can play any role. Apart from appearing in Anne with an E, Designated Survivor, Rookie Blue, and many others, he’s received a Canadian Comedy Award for Best Male Performance in a Feature for his film Unlucky in 2013.

If you’re from LaSalle, Ontario, Jim may look familiar because that is the town where he was born and raised; in fact, his entire family is rooted in the Windsor-Essex area. His mother worked as a registered nurse. His father, the oldest of eight, worked in the automotive industry.

Jim wasn’t into sports like his older brother and sister, though he did play hockey in a house league team coached by his father. “He coached my brother and me,” Jim recalls. “It was fun to see him in that way. When I was playing for him, he wasn’t Dad, he was Coach. I looked at how everyone loved him—everyone wanted to be on his team to play for him. I think he missed his calling. He would’ve been a very good teacher; he’s very nurturing. He was a disciplinarian when coaching hockey but not in an evil way, no malice. It wasn’t always about winning. It was supposed to be fun. He loved teamwork, and I got a lot out of that from him. Looking back, I played hockey mostly for him.”

While sports wasn’t Jim’s favourite hobby, music was. “I was in a band in high school. We played in underage places like the Coach and Horses. Then we’d hang out at the Loop or the Eclectic Cafe or the Phog, it’s called now.”

Jim went to the University of Windsor’s BFA Drama program in 1995, choosing to stay in the city. He and his friends rented a house on Campbell Street, occasionally throwing parties for his BFA classmates. They played together and performed together.

“We used to do something called Playfest. We rented out the Daniel Patrick Kelly Theatre at the Capitol Theatre. Students put on plays they wrote. A friend of mine, Reid Janisse (B.Ed., U of Windsor) was doing improv in Detroit. He wanted to put a team together. We did long-form improv.

“Many classmates are dear old friends. We’re approaching our 20th year since graduating. Everyone was looking to throw a reunion but that isn’t going to happen now. It was going to be just a bunch of us hanging out in Windsor, going to the latest show.”

Like so many of his peers, Jim realized that to pursue a career as an actor, you have to move to where the work is. He planned for it and saved his money—but then the risk-taker in him won out. He used the money to backpack across Europe first, and when he came back to Canada, settling in Toronto, he was broke.

Jim moved in with his girlfriend and Reid in a Parkdale basement apartment. His girlfriend gave him some money for a gym membership, but he used that money to take improv classes at Second City instead—the theatre known for creating the SCTV show and boasting such famous alumni as John Candy, Gilda Radner, and Mike Myers. That investment paid off in a big way as he soon got hired by the touring company, which led to becoming a senior member on the main stage.

“In 2009, Second City Chicago had its 50th anniversary,” he says. “They did a best-of show. It was huge. It was great. Me, Naomi Snieckus, and Lauren Ash, we did a scene called ‘MSN.’ I’m in the green room. To the right of me is Stephen Colbert, Joe Flaherty, and Steve Carell. It was surreal. Robert Klein came up to me and said, ‘I liked your Verizon commercial.’ I said, ‘Thank you Robert Klein! I loved how you changed standup comedy forever.’ I mean, what do you say to that? I was like, ‘I should not even be here.’”

But be there he was, along with friend Reid, and both of them used those improv shows to jumpstart their careers. And that girlfriend who’d lent him the money? He married her.

Jim and Jenny met in university, where she was taking Drama in Education. They dated for four years, then broke up. She left the country for a teaching job in Korea and then Mexico. In 2006, Jenny was visiting Toronto, and got together with Jim.

“As soon as I opened the door, I was like… this is not over. We hung out. Then the next time I saw her, I said, ‘I’m in love with you. I’m still in love with you. We can go to City Hall right now and get married.’ She was dating someone in Mexico at the time. She went back there to wrap that up and then returned to Toronto. We got back together and in 2009, we got married.”

Jim has used his status as an actor to shine a light on psoriasis, an autoimmune disease he lives with. “It takes years off your life,” he says. “I want people to advocate for themselves. Do their own research. Talk to a doctor but don’t rely on them writing a script for you. It isn’t a one-size-fits-all kind of disease. You have to know what works for you. You have to eat right, exercise. My wife believes it’s mental. She says the psoriasis is better when I’m working and happy with what I’m doing.”

Today Jim and Jenny have two children, Harry (10) and Haddie (7). Jim says that fatherhood is his full-time gig. “Right now, my improvising is with my daughter playing Barbie.”