Bad guy erca enforcement officer by day, rock singer by night, Tim Byrne shows why burning the candle at both ends provides the most light
Author: Matt St. Amand
5 years ago
|
No Comments
Share On 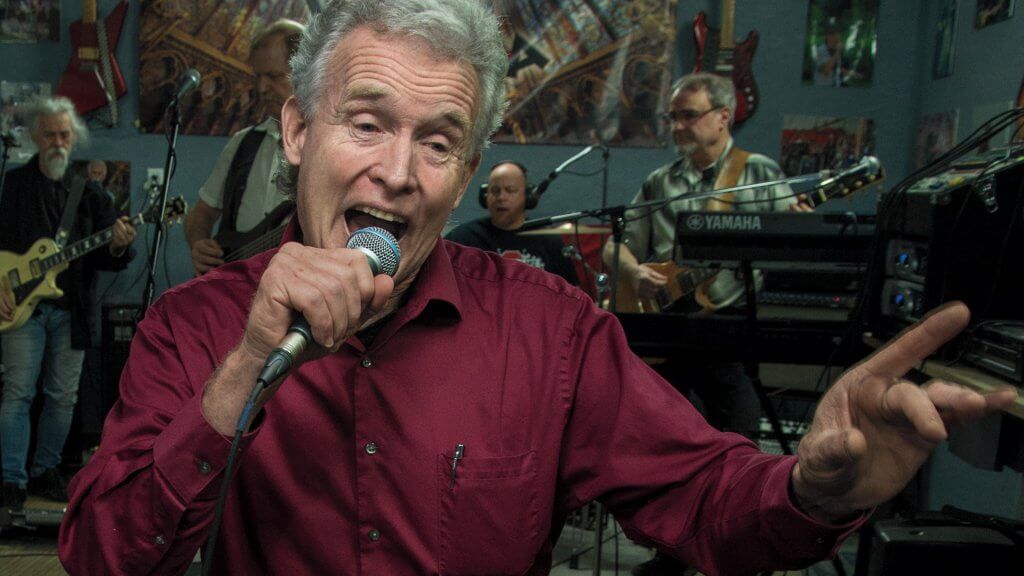 The first thing to understand is that there are two Tim Byrnes: Daytime Tim and Nighttime Tim. “My wife says I live a double life,” Tim smiles as he sat down with The Drive at Jake’s Joint in the midst of the worst snowstorm of the season.

By day, Tim works at the Essex Region Conservation Authority (ERCA). “For thirty-three years, I have been an enforcement officer with the Conservation Authority, attending development reviews, protecting wetlands, assessing floodplains. I love my work.” For anyone not in the know, that means Tim is the gatekeeper, the guy who rejects proposals… the No Guy.

“I hear from people that they don’t want to be in a meeting with me. People know me as the guy who will crush their dreams. I’ve spent years dealing with colourful language from people who have lost court cases against ERCA. I’ve been called a piece of shit to my face more times than I’d like to count.” Tim laments that people are afraid of him, and it’s something he regrets. Especially given that in person, away from the job, Tim is an affable guy with a ready smile.

And, by night, Tim is the lead singer of a rock band.

Tim has sung with a lauded local band, No Drama, for the past five years. He approaches his evening avocation with the same focus and intensity as he does his day job. “The band maintains a strict practice schedule. No booze during practice or performances. Our audience wants to be entertained. You don’t achieve that level of professionalism being half in the bag.”

No Drama plays year-round, including a number of summer concert venues: the LaSalle Strawberry Festival, the Lakeshore Sunsplash Festival, the Amherstburg Ribfest, the Two Creeks Summer Concert Series, the McGregor Mug Run. Their repertoire encompasses classic rock, Southern rock such as Lynyrd Skynyrd, and even contemporary music, like “It Ain’t My Fault” by the Brothers Osborne. They also perform Tragically Hip songs “Courage,” “Poets” and “New Orleans Is Sinking.”

“People don’t want to see a bunch of old fogeys playing old-fogey music,” Tim says. “We have to mix it up. It keeps us on our game.”
No Drama isn’t just a cover band; their set has been known to include an original or two.

The story of both Tim Byrnes began on a small farm in rural Essex County, growing up the second eldest boy in a family of eleven children. “According to my mother, I should have been a parish priest,” Tim says. Like Aretha Franklin and Sam Cooke, Tim found his love for music while singing in the church choir. “I sang every Sunday,” he says.
“I still do.”

Tim’s working life began in construction, where he learned quickly that it was a very physically demanding way to earn a living. “I enrolled in Civil Engineering Technology at St. Clair, so I could learn more about the planning and inspection end of things,” Tim explains. “I followed up with classes at the University of Windsor.”

After finishing his courses, Tim went to work for an engineering firm, until one of the managers suggested that Tim’s background and tech training would make him a perfect candidate for an enforcement position at the Conservation Authority. While Tim hated the words “enforcement” and “authority,” he had a responsibility to his young, growing family, and he took the job.

As his working life took shape, Tim pursued his passion for music. His son and daughter shared this passion. His son became an accomplished guitarist, playing with a band called Dinosaur Bones, and Tim’s daughter performed in local musical theatre. Through the Rose City Rising Stars, Tim performed alongside his daughter. “I appeared with her in several stage productions,” Tim says. “We did Annie, The Wizard of Oz—I played the Scarecrow—and our penultimate production was Bye Bye Birdie, where I had the male lead.”

When his daughter moved on from performing, Tim auditioned for Windsor’s Music Express, a professional touring show band. “They were 50 of the most accomplished musicians you’d ever hope to hear,” Tim says. Tim passed his vocal audition and joined the extended musical family.

“We had a great time, touring Europe and China. We even played for the queen,” Tim says. “I did that for 10 years.”

Tim focused on his work at ERCA while his children grew up and moved to Toronto, and music drifted into the background. One weekend, when Tim was visiting his children in Toronto, they all went to a karaoke bar. “After a few beverages, I was persuaded to sing some songs,” Tim recalls. “A few songs turned into all night. They literally brought out ‘The Cane’ and dragged me off the stage.”

Tim enjoyed his visit, but returned home feeling at loose ends. Nighttime Tim had been let out of his cage and did not want to return. His wife said, “Why don’t you put the band back together?” referring to the bands he played with through high school and college.

Tim put an ad on Kijiji: “Mature male singer looking for a band to do classic rock. Please call.”

Tim eventually found himself auditioning for a band in Amherstburg. There was a Twilight Zone–esque moment when he took his position to sing and noticed a musician who had been adjusting some equipment: it was Wayne Durant, a bandmate from 40 years ago. Both men were delighted to see each other again. Tim still went through a formal audition, but easily became the new lead singer.

Following some personnel changes, the band—Tim Byrne on lead vocals, Rob Gerhardt on lead guitar, Wayne Durant on rhythm guitar, Glen Gregory on bass and John Kosti on drums—called themselves No Drama. “That’s just how we want it,” Tim says. “We are focused on one thing: entertaining our audience.”

Aside from the summer festivals, No Drama plays bars throughout Essex County. But occasionally his day job crosses paths with his night job. “On more than one occasion,” Tim says, “I’ve recognized someone in the audience who I’ve encountered through my work at the Conservation Authority.

“There was one time I noticed a man whom we had taken to court over an issue. It was a drawn-out, ugly situation. At the show, the guy was nodding to the music, enjoying himself. After the show, he approached us. ‘Oh man, you guys rock!’ he said. I couldn’t help myself. I said to him, ‘Do you recognize me?’ He said I looked familiar. When I told him my name, he said, ‘You son of a bitch!’”
Tim laughs at the memory.

No Drama’s professional focus and maturity helps it navigate around the drama that eats up other bands, but devotion to the music could not entirely protect them from the realities of life beyond the stage.

“Last summer, we lost a brother,” Tim says. “Our guitarist, Rob Gerhardt, a brilliant musician and dear friend, died of cancer in August.”

When Rob became too ill to play, months before his death, No Drama took on a provisional replacement with Rob’s blessing. “He loved the band,” Tim says. “Rob wanted us to continue.”

Steve Cox, an accomplished keyboardist/guitarist and singer, took Rob’s place, with the understanding that when Rob’s health returned, Steve would have to step aside.

“It didn’t happen,” Tim says. “We thought about packing it in, but Rob’s wife encouraged us to continue. She asked us to play at his funeral.”

Despite Tim’s reputation as the fierce gatekeeper of Essex County, there’s one thing he’d like people to know about him: “I’m not too bad after all.”