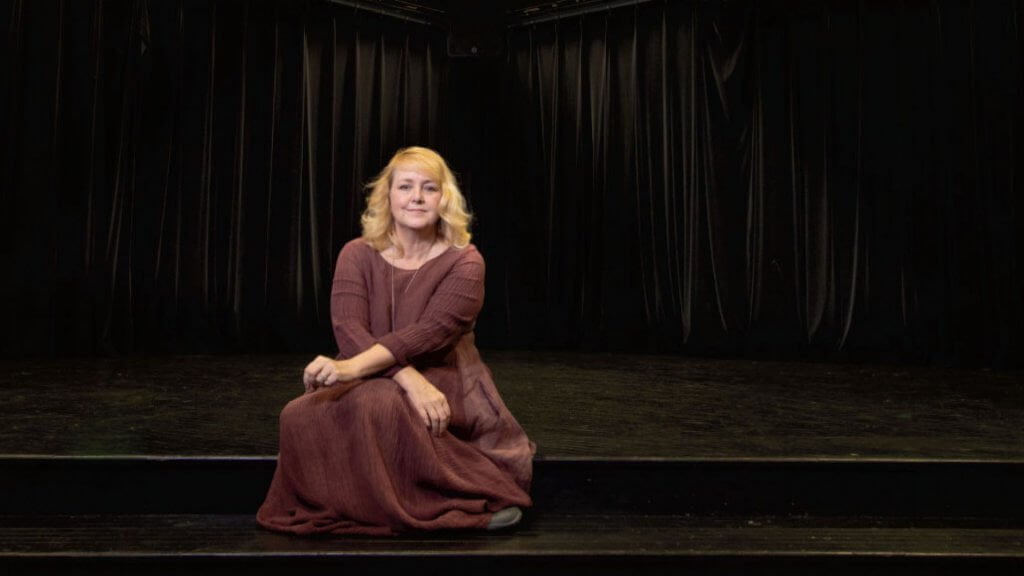 Two years ago, renowned Canadian playwright Judith Thompson came to Windsor to watch the University Players’ performance of her play Lion in the Streets. While here, Thompson held a workshop on her play Watching Glory Die, a show about Ashley Smith, a 19-year-old inmate who committed suicide in her prison cell as six guards watched her die. At this workshop, theatre practitioner and former University of Windsor instructor, Kelly Daniels, read Thompson’s words aloud after her students volunteered her to read

Daniels recalls how nervous she was doing so. “I haven’t acted in a while, so I’m shaking, I’ve never acted in front of my students or faculty. And it’s Judith-freaking-Thompson as well! It was probably one of the most exciting moments on stage I’ve ever had in my career because I love the story, because I’m a mom [of three], because of Judith’s words. I just said to myself, just breathe. Remember what you’ve been teaching your students all year.”

After the mini-readings with Thompson, Daniels was “hooked” and knew she wanted to stage this play. Originally, Thompson had played all three characters as a one-woman show with separate monologues. But after hearing various voices offer different energies to the play, the team decided that they would re-stage the show with three actresses, with Daniels producing and Thompson directing

When I met Daniels at Starbucks to dive deeper into Ashley Smith’s story and the excitement of staging the play, the screeching of steaming milk and the constant bustle of customers were pushed into the background. Daniels welcomed me with open arms into a hug after briefly meeting only once before at the yearly general meeting of Windsor Feminist Theatre. Seeing her was like catching up with an old friend

Daniels isn’t a rookie. She’s been in the theatre scene for over 30 years and even her husband, Ric Reid, is a seasoned professional. He’s a Shaw Festival ensemble actor and the two met in 2000 during a performance of A Streetcar Named Desire at the Royal Manitoba Theatre Centre. They started Lyndesfarne Theatre Projects in St. Catherines and ran the company successfully for nine years.

“I miss doing the shows and the people I worked with, but I don’t miss the rest of it,” she says. “I was burnt out by the end. When I started on this project, I had the support of the university, and I was getting a paycheque.” Watching Glory Die feeds into Daniels’ research. As the producer, Daniels is responsible for applying for the grants, finding the money, and putting the team together. She also coordinates between everyone on the team to make sure “it all happens.”

It’s not easy, but Daniels loves a challenge.

Marie Balsom, an old friend of Daniels and the person in charge of communications and media relations for the project, calls Daniels “the mastermind. She is brilliant. The fact that she’s taken on this project as producer blows my mind. She in her own right is an excellent director, but she’s the one who has really put all the pieces together.”

Thompson originally wanted Daniels to play the role of the mother in the show, but with her eldest son’s upcoming marriage, as well as producing and moving back to St. Catherines, Daniels knew it was best to have DORA–award winning actress Kelli Fox fill the role

The show is dark,

“Ashley Smith’s case was a catalyst for laws changing,” Daniels explains. “Laws pertaining to ‘therapeutic quiet,’ a.k.a. solitary. There are three sides to the story: that of the parents; Ashley’s story; and the stories of prison guards, who are not equipped or trained to deal with children and women who have serious mental health issues, women who have not been diagnosed properly and are living in conditions that don’t help the situation whatsoever.”

Smith was kept in solitary for months on end, and her major crime? Throwing crab apples at a postman who was bringing her family’s welfare cheques late. When she attempted suicide, those guards were told not to help her

Thompson believes Smith’s death “was not a suicide. It was a homicide. It was, in fact, ruled a homicide in civil court. Who was punished for her death? Only the guards, who were doing their jobs, afraid to jeopardize their pensions. Those who gave the orders were promoted.”

Nathanya Barnett, the actress playing Ashley (called Glory in the play), is new to acting and a performance poet. Thompson specifically requested Barnett after hearing her speak with Daniels two years ago. For Barnett, the story “is truth: it’s a story that happened in our country, our ‘progressive’ country. We have young women dying in prison, and [we need to] shine a light in the corner that people don’t want to look at.”

This play shines a light through the support of Windsor Feminist Theatre (WFT). WFT is the only professional theatre company in Windsor that pays its performers and production members. Patricia Fell, WFT’s artistic director, relishes in the fact that on the Canadian scene, WFT is important because the company “provides an opportunity for women that they wouldn’t otherwise have. WFT is a safe place for women to explore and risk and get professional training to further their career.”

With WFT, their priority is reconciliation—what better company to help present a story on Ashley Smith, one that needs active reconciliation.

The show has five performances scheduled at the Hatch Theatre at the University of Windsor, from July 23 to July 27. Opening night has a special gala with $100 tickets. By including information and contact information in the program, the production is also shedding light on local non-profit organizations for community support and awareness: Maryvale, Crossroads Centre for Personal Empowerment, Southwest Ontario Aboriginal Health Access Centre, Welcome Shelter for Women and Families, and Hôtel-Dieu Grace Healthcare

“What makes this project so incredibly exciting is because I went after the top operating company of the Edinburgh Fringe,” Daniels gushes. When she travelled to the UK with a group of students for workshops at Shakespeare’s Globe, she knew she had to scout her top performance space, so from London she took a side trip to Edinburgh. Daniels took it as a sign when she realized one of her favourite plays, 39 Steps, was inspired by the Assembly Theatre.

“On the very last night, I met with the artistic director and managing director and pitched it and they were hooked.”

This performance is not to be missed. Daniels knew it the first time she participated in the reading: “We are all responsible.”

You can email [email protected] for tickets to the opening gala reception or subsequent performances.