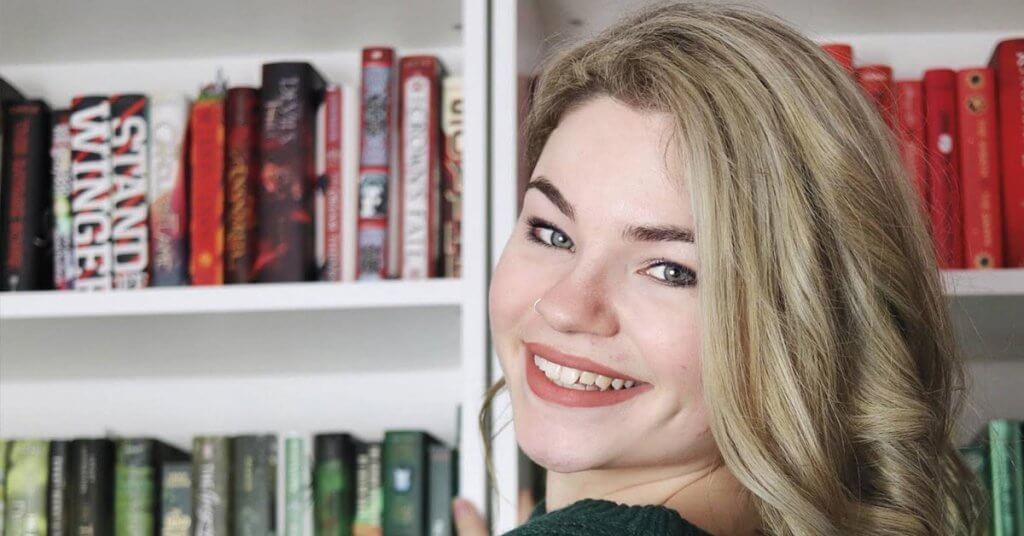 Hailey LeBlanc remembers vividly the first story she had ever written. She was in the fourth grade and the assignment was to write a Halloween story. Hailey took things further than anyone expected. You could image the shock on the teacher’s face when Hailey handed in a 60-page novel.

“I knew from that moment writing was something that I loved and something I was good at,” says Hailey, 24.

It was evident at that young age Hailey had a special talent for storytelling. Today, she’s the host and creator of Hailey in Bookland, a YouTube channel where Hailey shares her enthusiasm for reading and viewers catch a glimpse of her impressively large book collection.

Hailey’s audience has reached an astounding quarter of a million subscribers. Her most popular video, called “Top Ten Books to Read in your Lifetime,”has reached almost one million views.

Each week Hailey creates and uploads new book-related content and her viewers especially love tuning in to hear her book recommendations. Today Hailey’s channel has over 800 videos.

But before Hailey entered Bookland, it might surprise her viewers to know she was not always so interested about books.

“I was never a reader as a kid,” she says. “I didn’t really like it that much, shockingly.”

Her love of reading developed as a teen when she picked up The Book Thief by Markus Zusak.

“I think it was one of the most amazing books I have ever read,” said Hailey. “It tore my heart out. I am not generally a crier but every time I read that book I sob at the end.”

Hailey has now collected more books than she can count and loves getting lost in a read, especially contemporary or historical fiction

Hailey launched her popular YouTube channel in 2015, while working towards her English degree at the University of Windsor. Originally it was a project meant to keep her busy while on summer break. She remembers being impressed when her channel reached 100,000 subscribers; today, with almost a quarter of a million subscribers, Hailey is now being recognized internationally.

She gets approached regularly by viewers but was most surprised when she was recognized while backpacking in Barcelona, Spain. “There’s this look people give when they recognize you,” said Hailey. “It’s weird every time. I never know what to do. It never gets old. It’s really awesome.”

Because of her YouTube notoriety, Hailey has had some pretty unique experiences, including meeting Margaret Atwood and being invited to be an extra on a movie set in Atlanta. Hailey is especially looking forward to the day when viewers tune in and the book she recommends is her own.