Circle of 7 Celebrates 25 Years Together

How a local group of business leaders banded together to quietly make a difference in their community.
Author: Matthew St. Amand
Photographer: Trevor Booth
4 months ago
|
No Comments
Share On 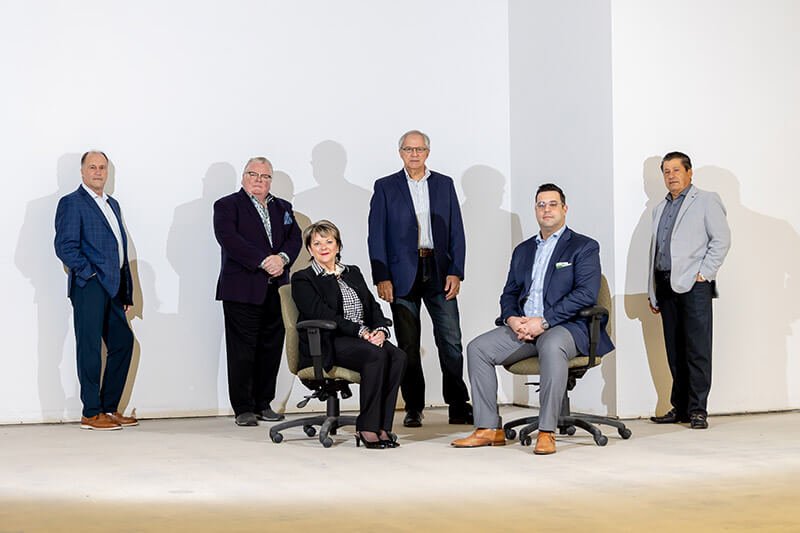 The Circle of 7 is Windsor’s philanthropic dream team.  For the past 25 years, this group of Windsor entrepreneurs has worked quietly in the background, funding people and causes that have nowhere else to turn.  Their efforts have raised over $4 million during that time.  All funds stay in the community.

“We help those people and groups who aren’t eligible for grants, and who are in danger of falling through the cracks,” says Circle of 7 president, Tony Haddad, retired Chief Administrative Officer of the Town of Tecumseh.  “Our mantra is: ‘To help those who cannot help themselves, either in the field of health and welfare, youth sports, or the arts.’”

“We are all Windsor-proud business people,” says Circle of 7 founding member, Rob Agnew.  “All funds we raise stay in the area.  We’re very much into youth sports.  Many members are and were sports enthusiasts.  We love the idea of getting our youth out and active.  It’s not just about making the NHL, but to keep kids active and healthy.”

The Circle of 7 has funded various local people, one of whom received a scholarship to study the harp out of town.  After graduation, that musician returned to Windsor and has a studio here.  Another artist who received funding trained in Europe to create mosaics.  That person is also back in Windsor, now, doing well and creating work.

“And of course, the health and welfare—we’re a large supporter of the Children’s Aid Society, Windsor Regional Hospital and Life After 50,” Rob continues.  “We teamed up with the CAW to provide the Seniors Center with a new Windsor-made minivan for medical appointments.”

The Circle of 7 was formed a quarter century ago following a round of golf.  The original members were as diverse in their areas of expertise as the Marvel Super Friends gathered around the conference table at the Hall of Justice.  They were:

“John Ferguson, Knobby Knudsen, and my uncle Ed are no longer with us,” says Rob Agnew, “having passed away a few years ago.”

One of the Circle of 7’s most memorable endeavours was a golf tournament to fundraise for Windsor’s first Prostate Cancer Cryo-Treatment machine—and for the health and awareness of all men in the region.

Tony Haddad explains: “Local philanthropist Tony Toldo put out a challenge that if we raised $100,000, he would match it.”

That was a tall order for a golf tournament, but the Circle of 7 members thrive on challenges.  Donors rose to the occasion and the two-day event raised $110,000.

“True to his word, Tony Toldo matched the funds,” Tony says.  “Intuitive, the manufacturer of the da Vinci robot used for prostate surgery also stepped up and matched our funds.  So, our $110,000 turned into $330,000.”

The 25th Anniversary tournament also proved a great success.  The Circle plans on having another one next year.

At the beginning of the COVID-19 pandemic, the Circle of 7 conducted fund raising for the COVID Relief Fund for the nurses Windsor Regional Hospital.

“We joined forces with AM800 and CTV and did a joint program between radio and TV called ‘C7 Hero of the Week,’” Rob Agnew says.  “We honoured medical professionals and many other essential workers, such as cashiers, people working in agriculture, or who help their neighbours.”

The Circle of 7 has also worked for years with many large organizations but has also generously funded much smaller efforts.

“We’ve provided funds for Leone House for teenage girls,” Rob continues.  “They need money and food, but we have also helped with renovations, such as a new roof, flooring, carpeting, and plumbing.  We have many partners in the city, and quite often a vendor comes in saying they will do the work at cost.  Next thing we know, they’re donating their services.”

Galas like Denim & Diamonds have raised tens of thousands of dollars for the Children’s Aid Society, Alzheimer’s and CMHA mental health causes, Connections Early Years, the United Way summer lunch program.  When the Circle of 7 learned that people who needed to use Handi-Transit could not afford the fare, they funded bus passes.  They have even replaced old or stolen bikes for less fortunate kids.  They have also covered hotel rooms near hospitals for parents of seriously ill children who require treatment at out-of-town hospitals.

The Circle has always been creative with fund raising initiatives.  The Denim & Diamonds Gala, live and silent auctions, Dine & Drive with Chef Joe in August where donors ordered gourmet meal packages, including wine, and drove up where it was all ready and waiting.

“We have many generous donations that have supported events,” Tony says.  “Such as Super Bowl tickets, meeting sports celebrities.  Someone donated the use of a villa in Tuscany, Italy for an auction.  That was a popular one.”

The latest initiative is “25 For 25,” where the Circle is asking people to go to its website (www.circleof7.com), click the Donate button and donate $25.

“We’ve been around 25 years,” Rob says.  “We’re now asking the community to help us help other people.  We have zero overhead, no salaries, every dollar that’s raised goes into the community… often more.  At the close of every initiative, we’re digging into our own pockets.”

To learn more about what the Circle of 7 has done in Windsor-Essex, check them out online at www.circleof7.com.  And be sure to click that green Donate button!