How a local man turned his GoPro prowess into an online outdoor adventure account.
Author: Kamryn Cusuman
Photographer: Kyle Wicks
3 years ago
|
No Comments
Share On 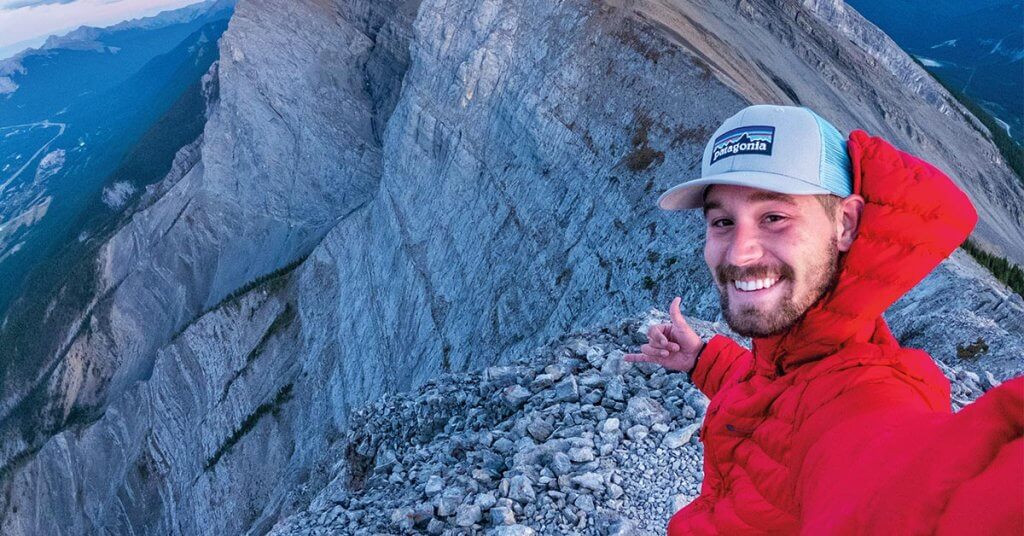 Kyle Wicks, 27, loves a good adventure, but he could never have predicted thousands would be tagging along for the ride.

Growing up in Chatham, Kyle sought any activity that would take him outdoors. As a young golfer he would find himself captivated by the sunrise over the course, and his summers were spent camping, hunting, and fishing. Kyle developed an appreciation for the natural world around him. It seemed like wherever Kyle went, an adventure was never too far away.

Like many outdoor enthusiasts, Kyle invested in a GoPro camera. He took to Instagram and showcased his photography. Whether trekking mountains, chasing waterfalls, or exploring some of the most beautiful national parks in North America, Kyle’s GoPro was capturing it all.

Through tags and hashtags, the GoPro company—one that specializes in versatile action cameras—discovered Kyle’s Instagram page and began featuring his images on their account, as well as sending him free cameras.

“I just started doing it for fun,” he says. “GoPro noticing me was big confidence-wise—the last two years have been pretty crazy.”

Motivated by their support, Kyle began pushing the limits of his creativity and today estimates he has been featured on the GoPro Instagram account approximately 20 times over the last three years. Exposure to GoPro’s 16.8 million followers has led to a boost of over 14,000 followers on his account.

“It’s been amazing to have their support—even them sending me their cameras makes my job a little easier. I’ve been able to connect with so many like-minded people. It’s given me a new passion for life.”

In June 2019, the company selected him and a few other creators to be flown out to the GoPro Mountain games in Colorado. During the five-day event he had a chance to meet the GoPro team and network with other creators.

Later that year he submitted a video to GoPro’s One Million Dollar Challenge—a chance to be featured in “the most epic highlight reel ever.” Kyle was one of the 56 creators chosen out of 25,000 videos submissions, and the winners shared equally a cash prize of $1 million.

“The support GoPro has given me has literally changed my life in every aspect,” he says. “Being able to have those connections and meet those people who are a part of that brand has been amazing and it’s something I’m forever grateful for.”

Kyle’s images have been featured twice in Canadian Geographic and shared on the Weather Network’s social media. Sponsorships from hiking brands such as Keen and tourism companies such as the Travel Alberta Tourism Board and Tourism Banff have supported his continued passion for adventure.

For Kyle, enjoying the outdoors was never about going so far away from home.

“There’s beauty near and far, which is what I am realizing,” said Kyle. “You can go just 30 minutes away or even right here. You just have to appreciate the beauty that’s around you.”

Kyle believes life is short and hopes his Instagram will inspire people to get outdoors.

“I feel like if everyone just took a 15-minute walk in the woods every week we’d probably all be better humans.”