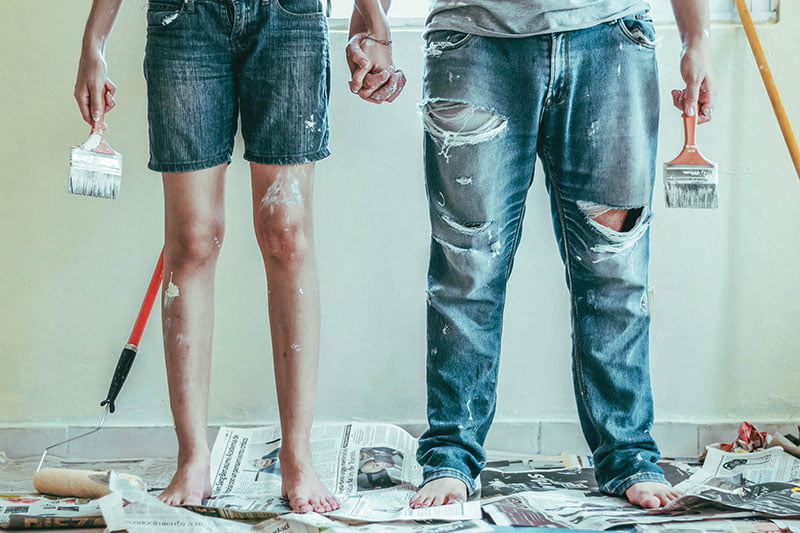 In the new Netflix series Marriage or Mortgage, a wedding planner and a real estate agent compete to win the hearts and budgets of couples who must choose between a fairy tale wedding and a dream home.

In each episode, the realtor shows one couple a variety of homes that fit their style and budget, while a wedding planner whisks them around town sampling food and touring venues for their hypothetical reception.

Sounds like a fun combination of “Love It or List It” and “Say Yes to the Dress”, doesn’t it?

While some might see the show as simply lighthearted reality TV, others view it as a reflection of tough decisions many couples have to make in real life.

With housing prices skyrocketing in Windsor-Essex County and the economic uncertainty brought on by COVID-19, some local couples have had to make the choice between signing a marriage license or a mortgage application.

As prices continue to rise and mortgage rates beginning to climb as well, mortgage broker Mike Brain from Windsor-Essex Advantage Mortgages says it’s something he’s seeing a lot more of in the past two years.

“Twenty years ago, it was people getting married and using the funds from the wedding for a down payment,” explains Brain. “With many couples paying for their own weddings now, that’s definitely changed. In the last few years especially, they’ve been putting off their weddings and buying a home instead.”

Brain says it’s a trend that he’s worried could become the new normal.

“I really feel for these young kids right now trying to buy a house,” says Brain. “It’s too bad they’re foregoing this great celebration, but you need a place to live and with the market the way it is, sometimes it has to be done that way.”

Brain also points out that not only do people need the extra funds for a down payment, they also need to be making more to qualify for a bigger mortgage. Many also have to factor in repaying their student debt as well.

Local real estate agent Paul Germanese has seen a shift in couples’ priorities as well. In most cases, he says, two full-time incomes are now needed to purchase a home. Between managing their careers and trying to find a house, there’s very little time or money left for them to plan a wedding.

“When I first started, you could have a single person able to afford a house on their sole income or a couple being able to start a life off of one income,” explains Germanese. “That’s no longer the case, so I’ve definitely seen the traditional ‘big wedding’ taking a backseat to the real estate market right now.”

Germanese says he doesn’t see an end in sight to the price increases and encourages couples to get into the market while they can so they have a place to start their life together.

“I think the current situation is really making people rethink where they want to put their money and it’s not into big weddings anymore,” Germanese says. “A lot of people are still having them, but on a much smaller scale.”

While having to pick between a traditional ceremony or finding a home sweet home may be upsetting to some, others no longer see the need for large, lavish weddings and have happily opted to invest in real estate.

For Jodie Fowler and her fiancé Josh Moulder, postponing their nuptials meant a larger down payment. With a growing family, the couple decided the money was better spent on a house that suited their needs.

“When we got engaged, we had just had a baby and a 3-bedroom house with four kids,” recalls Fowler. “We said, ‘We could spend $25,000 on a wedding or we could buy a bigger house.’”

Ultimately, Fowler says she doesn’t regret foregoing a wedding to invest in a home.

“Best decision we ever made,” she laughs. “We’re still not married but we don’t care.”

Whether couples choose to walk down the aisle or prefer the path to homeownership, Brain says it all boils down to what brings them joy and makes the most sense for their own unique situation. “When it comes down to it, they really just needs to sit down and figure out what’s going to make them happy in the long run; having a house or having a wedding.”