Heather Chauvin – Navigating through the bullshit

How one woman survived—and thrived—after cancer
Author: Matt St. Amand
5 years ago
|
No Comments
Share On 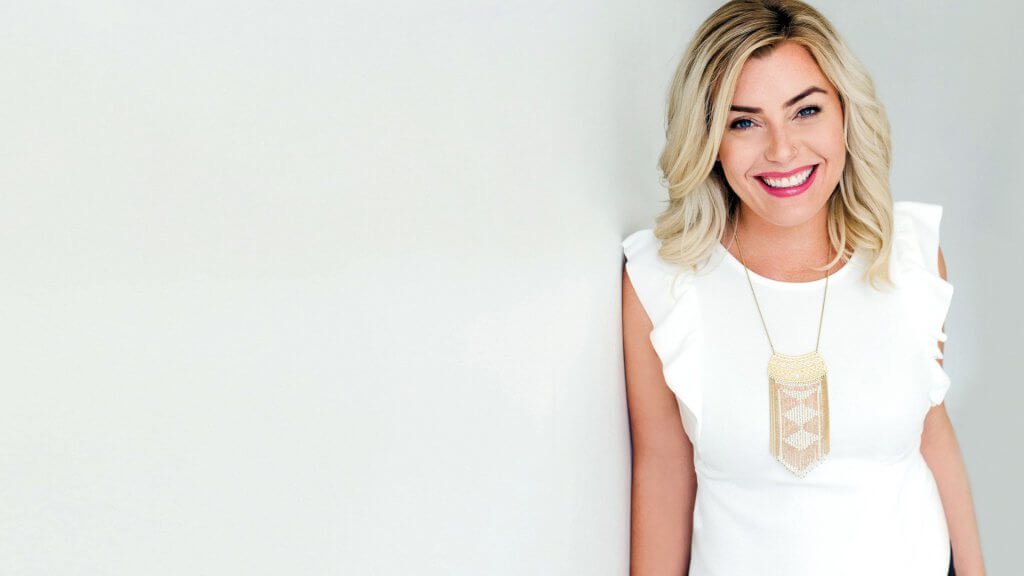 Upon hearing those three words, Heather Chauvin’s mind came into razor-sharp focus. Gone were the constant thoughts about her burgeoning business, her mile-long priority list, the missed calls and text messages. For one seemingly endless moment, her mind could focus on only two things: her family and the word the doctor had just said to her.

“I was diagnosed right there in the ER,” Heather recalls. “Afterward, walking to the car with my husband, everything felt unreal. It was night, it was raining, and I remember stopping and looking up to the sky and saying, ‘You have my attention. I am listening.’”

It was four days before Christmas.

A year earlier, Heather was 27 years old and married with three boys. She had started her own business teaching mindfulness skills to children. She hosted workshops in local yoga studios, created her Mom Is In Control podcast and interviewed mindfulness experts online, making connections to help build her audience. Not surprisingly, Heather felt increasingly hindered by aches, pains and chronic fatigue. When she mentioned it to family or friends, the invariable response was, “You’re a mother. You’re starting a business. This is normal. This too shall pass.”

It was only when her abdomen became so swollen and uncomfortable that she sent a photo to a family member who was a physician in another city. The family member promptly replied: “Get to a hospital immediately!” Heather was diagnosed on the spot with Stage 4 Burkitt’s Lymphoma, a rare form of non-Hodgkin’s lymphoma.

“That’s when I realized I had to take it seriously,” Heather says. “I was so used to putting things off, but there’s no wiggle room with Stage 4 cancer. There is no Stage 5.”

Treatment presented Heather with a unique conundrum. As a Women’s Leadership Coach, she cultivated a holistic mindset. She instinctively turned to alternative treatments, but when faced with a Stage 4 diagnosis she realized the only thing likely to save her life was chemotherapy.

“Before the diagnosis, I was very judgmental towards Western medicine because I didn’t know better,” she explains. “It seems to be one or the other with most people, and there’s a lot of judgment on both sides.

“Now I see Western medicine for why it was created: as crisis intervention. It’s not prevention. Our health is up to us—it’s our responsibility as humans to do what we need to do to feel and become healthy. When we neglect those needs, our health can devolve to a crisis point.”

Finally, at the end of her course of treatment, Heather’s physician pronounced her cancer-free. The experience left her feeling like everything had been stripped away. Heather emerged at the other end of the treatment with a clean slate.

She adjusted her philosophy and mindset, even her approach to her business. “My position about women’s health shifted,” she says. “I see women as the foundation of society and culture. We nurture children who become adults and leaders. When a woman feels good and surrounds herself with other women who do the same, things happen quickly. This is why I see parenting as an epidemic of lack and misery because of the cultural belief that doing anything for yourself is selfish.”

Heather’s business was very child-focused before her diagnosis. After her treatment, she began to focus on the parent, with the child’s behaviour seen as a symptom of the family’s health as a whole. “I created a program that required people to invest in their results over time instead of working with me on a session-by-session basis,” she says. “I stopped trading my time for money and instead started selling programs and the container of space for people as a package.

“As a result, I attracted people who were more committed to getting what they wanted instead of just looking for a quick fix.”

In the last four years, Heather says, her approach has become quality over quantity. “Too often we live our lives from a place of ‘I should’ or ‘moms don’t do that,’” she says. “I labelled myself and wrapped this identity around who I was supposed to be. After my treatment, I threw all that out the window. If I wanted the nice car, why wasn’t I giving myself permission to buy one? Because of what people would think of me? Or because my parents always bought a different kind of car?

“I started to look closely at the stories I was telling myself, and I rewrote those stories. I lost a lot of people and lost a lot of things, but in return I gained so much. Now I teach women how to navigate through the bullshit and start living fulfilling, sustainable lives.”

Stripping away everything and learning to focus on one’s self is what Heather believes everyone should be doing, because, in turn, it helps a person become a better partner, parent and businessperson. “This is freedom,” she says with a smile. “This is what it truly means to live.”